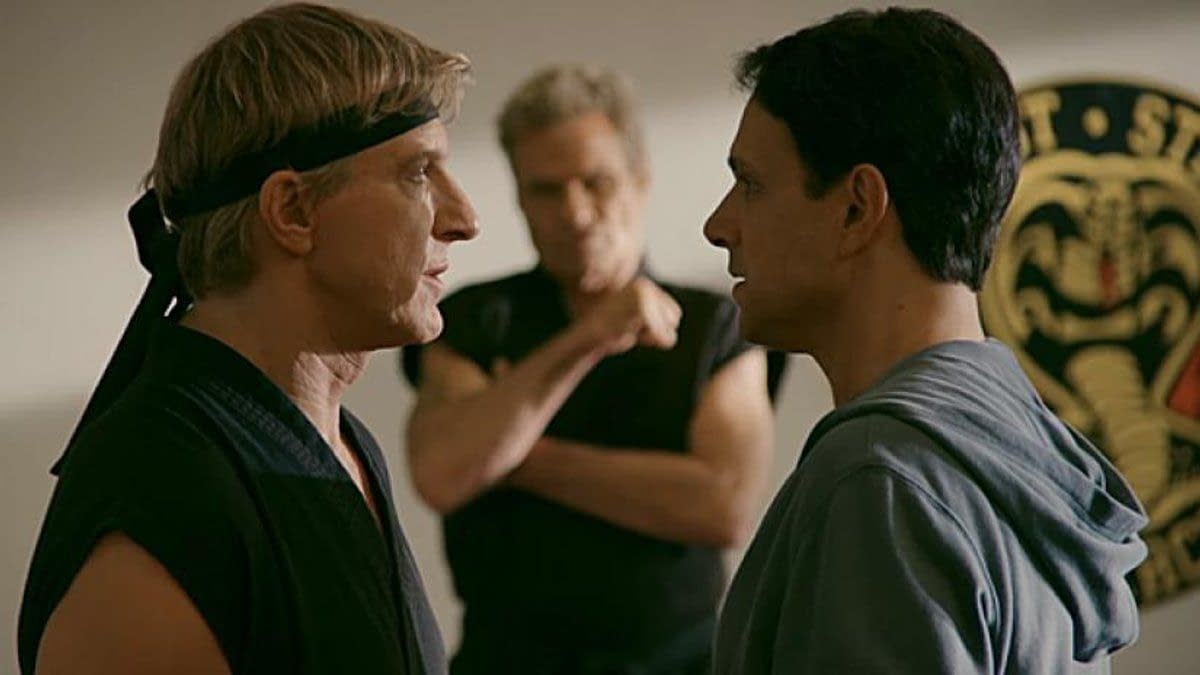 A spin-off of Robert Mark Kamen’s widely popular film franchise ‘Karate Kid,’ ‘Cobra Kai’ is an exciting and compelling martial arts comedy-drama that manages to bring to the force the same actors that are a part of the original film series – in short, food for geeks. Created by the trio of Jon Hurwitz, Josh Heald, and Hayden Schlossberg, the story revolves around friends and rivals Johnny Lawrence and Daniel LaRusso, who use master Miyagi’s lessons to run their own academy of martial arts in an attempt to revive the pacifist martial art of Miyagi-do.

Since its release in May 2018, the series has spawned three seasons so far, garnering gradual critical acclaim due to an impressive group of actors and, of course, the added nostalgia factor. If you are looking to find the details of a fourth season and other details, you may count on us.

‘Cobra Kai’ season 3 premiered on January 1, 2021, on Netflix. The season comprises ten episodes whose runtimes range between 27 to 41 minutes.

Let us now talk about the anticipated release of the fourth season. From its bumpy beginnings on the nascent platform of Youtube Premium, the series has gone on to be one of the coveted titles in the roster of Netflix due to buzzing fan response. While the third season was initially commissioned by Youtube Premium, the plan had to be altered due to a change in the strategy of the network. Instead, the creators had a deal with Netflix.

The series was already destined to have a fourth season long before the release of the third season. On October 2, 2020, Netflix greenlit a fourth season of the show ahead of the release of the third season. A tweet from the official Twitter account confirmed that the work on season 4 begun on February 27, 2021. If the production resumes at a steady pace, we can expect ‘Cobra Kai’ season 4 to release sometime in early 2022.

Cobra Kai Season 4 Cast: Who can be in it?

Besides William Zabka (Johnny Lawrence) and Ralph Macchio (Daniel LaRusso), who will definitely reprise their roles as the gifted students of master Miyagi, the younger generation fighters are also expected to return on the set of the fourth season. In all likelihood, Courtney Henggeler (Amanda LaRusso) will retain her role as well.

Among the crew, Jacob Bertrand (Hawk), Tanner Buchanan (Robby), Xolo Maridueña (Miguel Diaz), Mary Mouser (Daniel and Amanda’s daughter Sam), Gianni DeCenzo (Demetri) might reprise their respective roles in the fan-favorite series. After appearing as a guest in season one, Martin Kove has been upped as a series regular as the original head of the Cobra Kai dojo, John Kreese. In new developments, Vanessa Rubio, who plays the role of Carmen Diaz, and Peyton List, who acts as Tory Nichols, have been promoted from recurring actors to main actors for season 4.

Cobra Kai Season 4 Plot: What can it be About?

In the finality of season three, Tory is seen to be leading the Cobra Kai in a fight in LaRusso’s residence. But before the vandals escalate, Hawk takes charge and confronts her. Johnny and Daniel both learn about the act when the party is over, and past rivalry comes to the fore. Johnny wins his first fight with villainous Kreese, Robby decides to fight Johnny but is knocked over, and when Kreese takes the opportunity to try and attack from behind, Daniel is forced to intervene. Kreese catches up with an old friend from the army, while Daniel and Johnny prepare their students for the clash with Cobra Kai dojo.

Season 4 will most probably begin by exploring different plot points and changed worldviews, but Miyagi dojo will expectantly retain the timeless feel. The season may see Cobra Kai dojo and Miyagi dojo clashing like old times, as the finality of the third season hints at an upcoming tournament. While Kreese agrees that the defeat of Cobra Kai would mark his own leave, he is going to leave no table unturned to try and snatch the title. The character of Robby also has scope to grow. Hawk changes his hairstyle more than once in the series, and as he embraces the darker side of his life, we can expect him with a different hairdo this season.