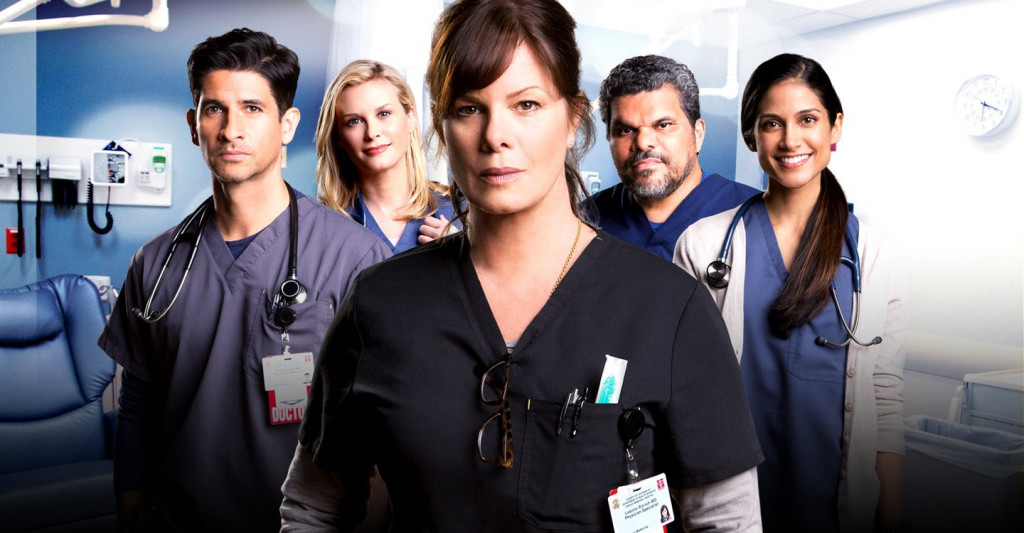 ‘Code Black’ is an American medical drama that follows the lives of skilled residents as they struggle to stabilize the nation’s most overcrowded ER while sustainably utilizing the increasingly depleting medical resources at the hospital in LA County. The series has been created by Michael Seitzman and is based on a documentary by Ryan McGarry. It airs on CBS and first premiered on September 30, 2015.

Medical dramas are a dime a dozen, but they usually shy away from showing the truth about the profession. We see doctors and nurses falling in love all the time, and going through a lot of personal drama, but rarely do we see any focus on the actual medical cases. The immediate example that springs to mind, is the wildly popular show, ‘Grey’s Anatomy‘. Even shows like ‘The Good Doctor‘ focus on one personality, an autistic savant, rather than a comprehensive overview of the hospital system.

This is where ‘Code Black’ distinguishes itself. In this overcrowded but underfunded emergency unit, it is all hands on deck all the time. Naturally, it has struck a chord with fans who love the intensity of the show and how they still manage to pack in some drama. The critical consensus of the show reads, “While not reinventing the stethoscope, Code Black is an above-average medical drama, with appropriately theatrical storylines that make up for sometimes cheesy dialogue.”

Code Black Cast: Who is in it?

The show stars a diverse cast that includes Marcia Gay Harden as Dr. Leanne Rorish, an ER physician, whose husband and two children are killed in a car accident and this ends up affecting her medical decision-making; Raza Jaffrey as Dr. Neal Hudson, also an ER physician, who is smart and quicker in making decisions; Bonnie Somerville as Dr. Christa Lorenson, a divorcee who has lost her son to cancer; Melanie Chandra as Dr. Malaya Pineda who plays a lesbian who did her internship at Angels Memorial and is way more familiar to the ER than the others; William Allen Young as Dr. Rollie Guthrie, a very polite physician with a very nurturing style; Harry Ford as Dr. Angus Leighton, a third-year resident whose father is a part of the hospital board.

Further on the list are Benjamin Hollingsworth as Dr. Mario Savett, a third-year student who was first a bartender who finds his way out when he became interested in medicine; Luis Guzmán as Jesse Salander, a senior nurse who manages everyone and shares a deep and long term friendship with Rorish; Boris Kodjoe as Dr. Will Campbell, the Chief of Surgery who becomes the new chief of NR in the second season; Jillian Murray as Dr. Heather Pinkney who, as a result of a fall out with Dr. Chambell, she confronts him, accusing him of sexual harassment; Rob Lowe as Dr. Ethan Willis, a U.S. Army colonel who is also attached to this prestigious program; Noah Gray-Cabey as Elliot Dixon, a second-year resident; Emily Tyra as Noa Kean and Emily Alyn Lind as Ariel.

There are several recurring and guest characters added to this mix, and they are either part of the hospital staff or the patients who are visiting. One must keep in mind that over the seasons, some of these characters keep changing since the staff of a hospital always sees people coming and going. Together, they portray how busy the emergency room is all throughout.

Read More in TV Preview: The Standups | The Ranch |  The Rain | The OA

Code Black Plot: What is it about?

A drama based on the documentary by Ryan McGarry, ‘Code Black’ has been created by American writer, producer, and film director Michael Seitzman. It takes place in an over-crowded and one of the busiest ERs of the fictional Angels Memorial Hospital in Los Angeles, California where the staggering number of patients has led the medical resources to be limited. The emergency room is poorly equipped and understaffed with only four young residents in their first years and their colleagues tending to patients. All of this creates a situation called “Black Code”.

The show is well loved by audiences for bringing a gritty feel to the medical drama that is bound to be reminiscent of ‘ER’. However, underneath the documentary flavored coating is a formula that we are all too familiar with, when it comes to medical shows. The Hollywood Reporter has spoken about the show, saying, “It’s an ER show that stages a nonsensical freeway surgery just for high stakes kicks… It’s a show that wants to be praised for its realism that can’t avoid cheating to yank your strings.” For those unaware, the name of the show itself arises from a situation when there are too many patients to be treated at once, and the resources are not adequate. In this hospital, it happens 300 times a year. Maybe somebody should have written to the government sooner! Anyhow, coming back to the show’s emotional manipulation, it is deliberately done to drive home the impact of the loss of life. At least, the saving grace is that this loss of life does not happen too often since the doctors are almost always right on this show, and the patients never die.

Code Black Season 4 Release Date: When will it premiere?

‘Code Black’ Season 3 premiered on April 25, 2018. As far as the next season goes, we have bad news for the fans. On May 24, 2018, CBS canceled the show. Michael Seitzman took to Twitter on May 24, 2018, to announce that CBS had pulled the plug on the drama. He wrote, “Dear #CodeBlack fans, the sad news came today that we were canceled. It’s been a true joy to make this show and watch your response every week. Thank you for all of your passion. Truly, our best episodes have yet to air. We hope you’ll watch and enjoy them. We made them for you.”

Though, fans should not lose all their hopes. There’s still a possibility that some other network picks up the show. If that happens, we will update you about ‘Code Black’ Season 4 release date.

While we wait for any positive news on’Code Black’ Season 4, check out the season 3 trailer to refresh your memories.  If you have not seen this series, and happen to love medical dramas, then do give it a watch.