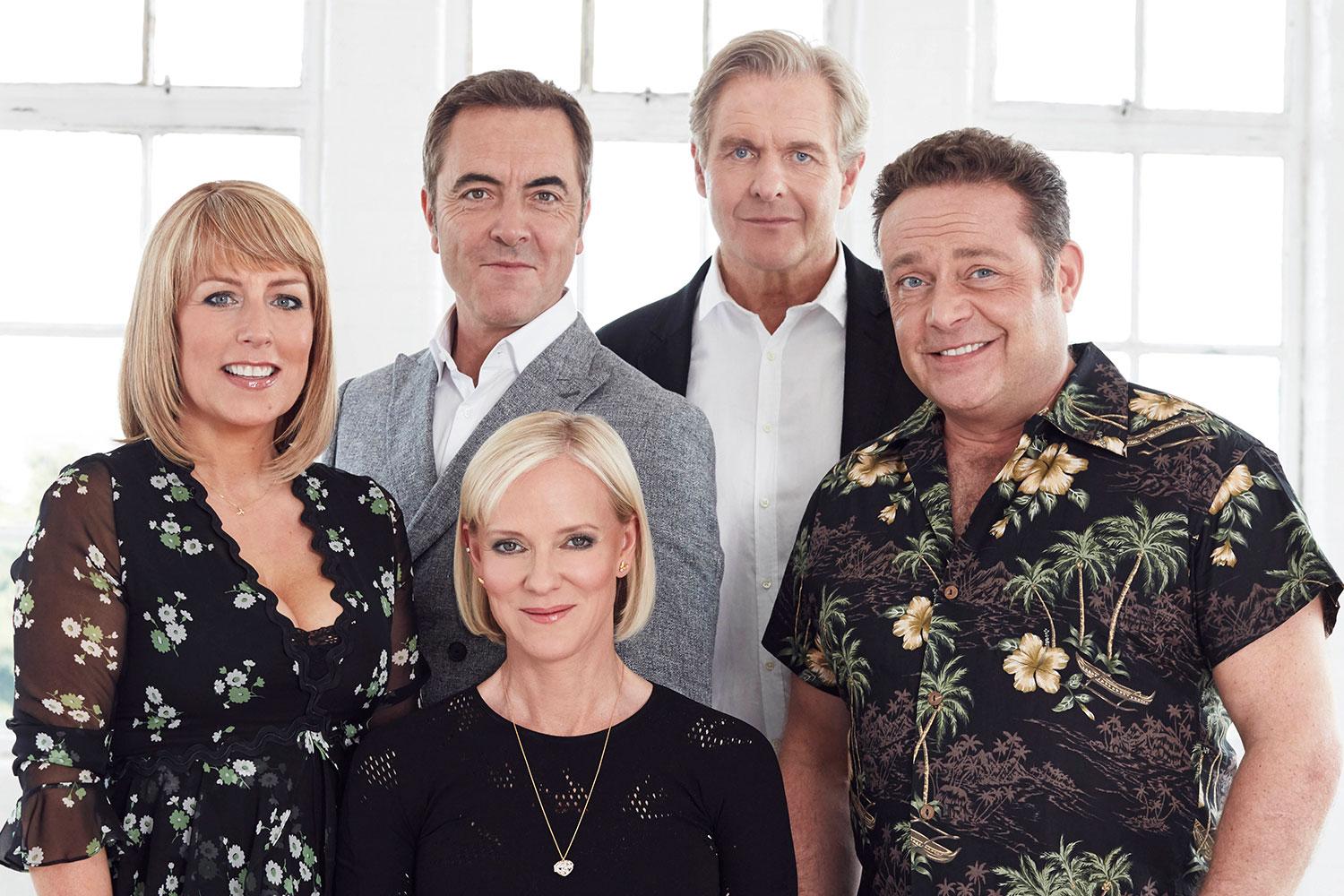 ‘Cold Feet’, a comedy-drama, British television series, revolves around the ups and downs in the relationships of a group of couples. Executive produced by Kathryn O’Connor, Kenton Allen, and Matthew Justice, it is written by Mike Bullen and credits Jim Poyser as the producer.

Cold Feet Cast: Who is in it?’

‘Cold Feet’ originally ran for five seasons from November 15, 1998, to March 16, 2003, on ITV. It revolves around three couples, navigating the trials and tribulations of their relationships while living in Manchester. Its main characters are Adam Williams and Rachel Bradley (played by James Nesbitt and Helen Baxendale), Pete and Jenny Gifford (portrayed by John Thomson and Fay Ripley), and Karen and David Marsden (enacted by Hermione Norris and Robert Bathurst). After the Giffords’ divorce, Pete marries Jo Ellison (Kimberley Joseph). Meanwhile, Karen and David also separate and find life partners in Mark Cubitt (Sean Pertwee) and Robyn Duff (Lucy Robinson) respectively.

A revived series, which debuted on September 5, 2016, after a hiatus of 13 years, sees all of the previous cast members returning, except Helen Baxendale. It also stars Ceallach Spellman as Matthew (Adam and Rachel’s teenage son), Karen David as Angela Zubayr (Adam’s second wife, after Rachel’s death), and Art Malik as Eddie (Angela’s dad and a business tycoon, who is also the love interest of Karen Marsden). On the other hand, David and Robyn’s marriage start crumbling while Pete and Jenny remarry. Other new characters introduced in the reboot include Leanne Best as Tina Reynolds (Adam’s lover after he separates from Angela) and Siobhan Finneran as Nikki Kirkbright, David’s new partner post his separation with Robyn.

Cold Feet Plot: What is it about?

‘Cold Feet’, the revived version, begins several years later when Adam returns from Singapore to Manchester in order to catch up with his old buddies and meet his teenage son, Matthew. He announces his planned wedding with Angela Zubayr, a piece of news which is not supported by his friends and son, who still has fond memories of his birth mom, Rachel. On the other hand, Pete is battling depression while attempting to support his family with a failed career. After the death of a close elderly person, whom he was caring for, Pete breaks down and contemplates suicide. Jenny, however, does not seem to be concerned about his plight and starts a fling with a client, Trevor Green, who in turn progresses to become her incessant stalker.

Meanwhile, David, on account of some illegal activity at his workplace, goes to prison — an incident which is considered humiliating by Robyn, who asks him to leave their luxe home. Karen finds a potential love interest in Adam’s father-in-law, Eddie. She eventually decides against going ahead with the relationship because her twin daughters, Ellie and Olivia are still dependent on her. Grant, Jenny’s ex, comes knocking at her door, demanding to see his daughter Chloe. Angela cannot take the responsibility of dealing with Matthew any longer and quits her marriage with Adam, who falls for Tina Reynolds. After a few days, Marsden’s eldest son Josh returns from Spain, claiming he is gay.

Seasons 6 to 8 chronicle the journey of these couples as they struggle to cope up with so many changes and developments in their relationships. The eighth season ends with several twists and heavy drama, with Jenny fighting cancer and mourning the death of her friend, Charlie. There is also the reveal of the budding romance between Karen and Adam.

‘Cold Feet’ is a show that is related to by viewers because of its portrayal of imperfect heroes, who navigate their way through love and relationships. Especially, it is a must-watch for people in their middle age, who can connect to these individuals as they face life with a lot of laughs and tears along the way.

Cold Feet Season 9 Release Date: When will it premiere?

‘Cold Feet’ season 8 premiered on ITV on January 14, 2019, and ended with its 6th and final episode on February 18, 2019. Witnessing the finale of the latest installment, one thing is sure: the creators left a lot of potential for another season. Garnering a steady viewership of approximately 3.7m throughout its run (which may not be huge but definitely points to a loyal fanbase), it did not come as a surprise, when we learned that it has been renewed for yet another sequel. Yes, ‘Cold Feet’ season 9 has been commissioned for six more episodes! Writer and creator Mike Bullen expressed the happiness over renewal of the show, saying, “I think we were all overwhelmed by the amazing response to the latest series. Jenny’s cancer, in particular, seemed to touch a nerve with viewers. There are still stories to tell for these characters but I’m conscious that we’ve raised the bar. The delight at being recommissioned has already been replaced by trepidation at the weight of expectation.”

So what about ‘Cold Feet’ season 9 release date? ITV has not made any official announcement yet, but we expect the show should be back on air in January, 2020. We will update this section with as soon as we learn more.

While we wait for the release date of ‘Cold Feet’ season 9, check out the official trailer of the revived version of the show.