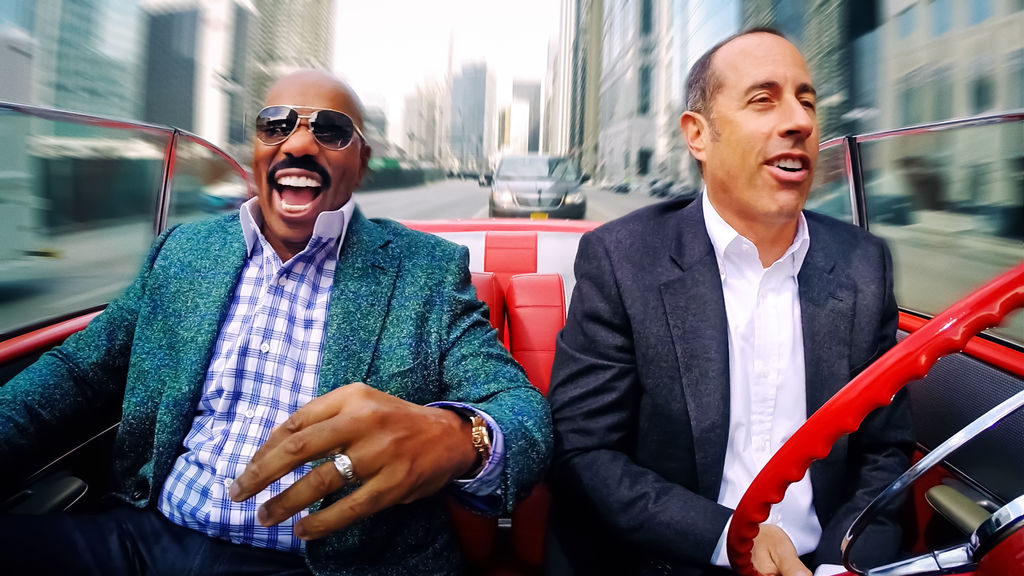 ‘Comedians in Cars Getting Coffee’ is an American talk show web television series which used to air on Crackle, and is currently available on Netflix. Created, hosted, and directed by famed comedian and television personality Jerry Seinfeld, the show follows Seinfeld as he drives celebrities to cafes and has a chat with them.

A pretty old show, Season 1 of ‘Comedians in Cars Getting Coffee’ premiered seven years back on July 19, 2012 on Crackle, and the network hosted eight more seasons of the show before passing the baton to Netflix. Netflix, for its part, picked up the show in 2017, and released Season 10 on July 6, 2018. Further, most previous episodes of the show are also available on Netflix now, so it has become a one-stop shop for anything related to ‘Comedians in Cars Getting Coffee’. For those unaware, the show has seen tremendous success over the years, and as of May 2015, had been streamed more than 100 million times. It is thus not surprising that fans and television critics alike are eagerly awaiting the next season of the show. Here’s everything we know about it thus far.

Comedians in Cars Getting Coffee Cast: Who is in it?

Comedians in Cars Getting Coffee Plot: What is it about?

As the name suggests, ‘Comedians in Cars Getting Coffee’ sees Seinfeld drive celebrities to restaurants and/or cafes in exquisite vintage cars. Once at the destination, Seinfeld then has a chat with the celebrity over coffee, and most of these celebrities are comedians. But why take the trouble of driving celebrities around when you can just meet them at a studio? Well, there’s a reason. The show tries to bring to viewers actual conversations (as opposed to performances) which take place among comedians. This is no easy task as these conversations are often meandering and silly, despite being deep. Thus, to make the celebrities comfortable, Seinfeld believes driving them around and keeping them from the prying eyes of live audiences helps to make the celebrities come out of their shelves and talk freely.

While ‘Comedians in Cars Getting Coffee’ has received mostly positive reviews from television critics, some critics have pointed out the show’s inability to reach out to everyone. For instance, Anand Giridharadas of The New York Times wrote, “Vanished is the ‘Seinfeld’ that applied everyman scrutiny to everyday subjects…Instead, we watch pairs of rich guys chatting about the gilded joys of their lives and careers and cars, about the sealed-off world they inhabit and we don’t…The democracy of observational humor has become, in Mr. Seinfeld’s reincarnation, an oligarchy of mutual admiration.”

In a similar vein, Vulture, while reviewing the tenth season of the show, wrote, “The ‘90s were steeped in postmodernism: irony, satire, and sarcasm were celebrated qualities in works of mainstream pop culture. Seinfeld’s blasé attitude and his gift for highlighting and questioning societal minutiae fit in perfectly in that era and, ultimately, exemplified it. But in 2018, when the world is bursting apart every five minutes, complaining about little things comes across as selfish and being ambivalent is considered a flaw.”

Apart from reviews such as those mentioned earlier, the show does enjoy considerable clout among critics, and has even gone on to win three Producers Guild of America Awards. It has also bee nominated for the Primetime Emmy Awards multiple number of times. On IMDb, the show has a good overall rating of 8.1/10 on IMDb, indicating that it is quite popular among viewers.

Comedians in Cars Getting Coffee Season 12 Release Date: When will it premiere?

‘Comedians in Cars Getting Coffee’ season 11 released on July 19, 2019. The show has performed relatively consistently over its 11-season run thus far, and enjoys considerable popularity among viewers in general, apart from its dedicated fans. So, we expect the show to be renewed for another season. For the fans eagerly waiting for the show, we don’t have an official confirmation on when the next season will arrive, but going by the release pattern of past two seasons, it is safe to assume that ‘Comedians in Cars Getting Coffee’ season 12 premiere date will fall sometime in July, 2020. We will update this section as we learn more.

Comedians in Cars Getting Coffee Trailer:

While we wait for ‘Comedians in Cars Getting Coffee’ season 12, here is a clip from Season 11 to give you a glimpse into the show and insight into Seinfeld’s conversations. You can check out all the episodes of the previous seasons on Netflix.