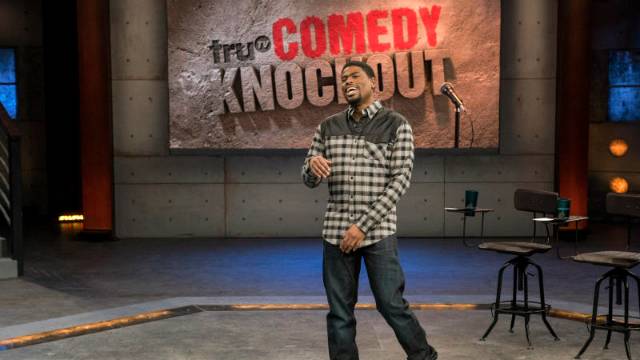 ‘Comedy Knockout’ is a reality comedy game show that first premiered on April 21, 2016, on TruTV. Joe DeMaio and Carrie Havel are the directors while the show is created by Mo Mandel, a producer, and writer, best known for ‘Love Bites’ and ‘Partners’. The series features talented up and coming stand-up comedians, who try to win the maximum number of points by impressing the live audience through their sets.

The frequent theme of the show is roasting, along with improv sets and the regular stand-ups. Roasting is a type of humor, where a particular individual becomes the subject of a joke and the jokes are mostly in an insulting and humiliating form. The more humiliating the joke is, the better you are able to roast.

After three seasons of laughter, fans are now wondering whether ‘Comedy Knockout’ Season 4 is in the works. We delve into that after sharing some details of the series.

Comedy Knockout Cast: Who’s in it?

Damien Lemon is the host of the show. Damien is a renowned writer and actor best known for his works in ‘The Amazing Spider-Man‘, ‘Wild ‘N Out‘, and ‘Secrets’.

Comedy Knockout Plot: What is it about?

The series premieres with contestants taking a jibe at the expense of their fellow participants. Kurt Metzger finds humor in his love for Matt Kirshen’s mother, Yamaneika Saunders talks about Matt’s worst regrets, and Christian Finnegan discusses Einstein’s wormhole.

There are even improv rounds where the contestants are asked to share the worst things they can say or do in any given circumstances. The round, over the seasons, has become one of the most popular rounds of the show.

In the last season, Dave Hill, Tone Bell, and Julian McCullough return to finally earn the winner’s tag. The season’s premiere is a ‘losers special’ followed with a ‘champions special’, where Megan Neuringer gets crazy eyes and Noah Gardenswartz makes an appearance. Amir K. fathoms the last book Natasha Leggero must have read whereas Natasha guesses Moshe’s favorite class in school. Moshe, on the other hand, impersonates a stripper.

Joel Kim Booster explains about grandfathers’ trust issues, Vanessa Fraction spots a star in the audience while Tone Bell reads the mind of an audience member, Matthew Broussard reveals a DJ in the crowd whereas Gina Yashere obsesses over the dress of a crowd member. Yamaneika Saunders discusses her activities during a date, Noah Gardenswartz reveals why Santa avoids everyone on the panel, Jessimae Peluso impersonates God and a lot of such different weird sets are performed by known and unknown comedians.

Comedy Knockout Season 4 Release Date: When will it premiere?

TruTV has brought many comedy series in the past. Though ‘Comedy Knockout’ is not a show that is based on a unique concept, it has still managed to garner a particular set of a fan base. The show gives a chance to up and coming comedians, and the audience gets a variety of fresh and bizarre outlooks on some very uncommon topics.

Whether you will laugh or not, we do not know, but you will definitely end up having a good time after each episode ends. It is the kind of show you like to watch while relaxing after a long tiring day.

You can catch the clip below to get an idea about the show.