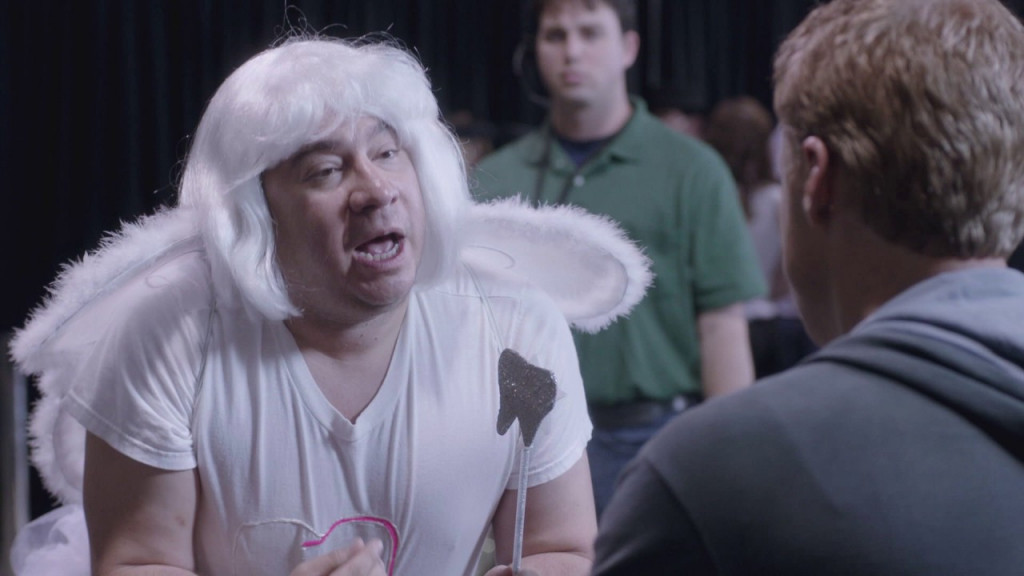 Released for the first time on September 30th, 2015 on Vimeo television channel, Con Man, was arguably the most famous American comedy web series of its time upon its release. Owing to its immense success on its previous airings, the director, producer, writer, and actor Alan Tudyk decided to put their best foot forward yet again to enthrall the audience. Alan Tudyk is all set to empower the heart of his audience as he storms through yet another master art.

Consisting of half hour episodes that aired in its second season on television, the third season of Con Man by Syfy is all set to roll. This master class web series has an over the average IMDB rating of 7.9/10. Con Man is not just a comedy series, but it also focuses on the subtle dark humor of the society we live in. Over the two years that it has been on air, in both the years, it had been nominated for two Primetime Emmys, and that is an impressive feat to achieve singlehandedly by the director cum actor Alan Tudyk.

While Alan Tudyk plays Wray Nerely, the struggling actor, we also see Nathan Fillion as Jack Moore the good friend of Wray and Mindy Sterling as Bobbie, Wray’s booking agent. With our three central characters fixed firmly, we also gaze upon some new additions to the master crew. Some of the recurring casts include Casper Van Dien, Felicia Day, Nolan North and Sean Astin the Lord of the Rings cast.

Con Man Season 3 Plot: What is it about?

While talking in an interview about the plot of the third season, Alan mentioned that the story would deal with the life of one Wray Nerely, who is a struggling actor and visits his past days when he is signed into a contract of a sci-fi movie, but upon its cancellation, his career gets stalled. His good friend, Fillion, makes a huge star out of himself which quite astonishingly, is based on the life of Alan Tudyk. After the cancellation of the master story of science fiction, Firefly, Alan Tudyk’s career almost came to a halt while his friend Fillion has come out to become one of the most popular television actors in the genre of sci-fi. The title of the show Con Man seems to depict that con man here stands for the conventional man.

Con Man Season 3 Release Date: When will it premiere?

While being tight-lipped, Alan Tudyk said that he had always wondered that it would have been pretty amazing to work on a genre of his own and finally after his little creation-Con Man- he is pretty amazed by the way his fans have loved it. While sci-fi shows are expected to be out of the box and innovative, Con Man takes one step further and focuses on the darker parts of the space-time story. Though the production house Syfy has not confirmed the third season yet, we are hopeful for its renewal as is Alan Tudyk.

In his own words, “I’m hopeful that a larger audience will like the show. The fans that have seen it on these smaller platforms, it’s been such a great response, so I’m hoping that continues on Syfy. If it does, then I think you can expect to see more.”

The official trailer is yet to be released, as the third season has so far not been confirmed by the cast and the crew of the web series. As audiences, we can only anticipate the confirmation and the trailer. Watch the promo for season 2 below