Will There be a Conan Without Borders Italy Season 2? 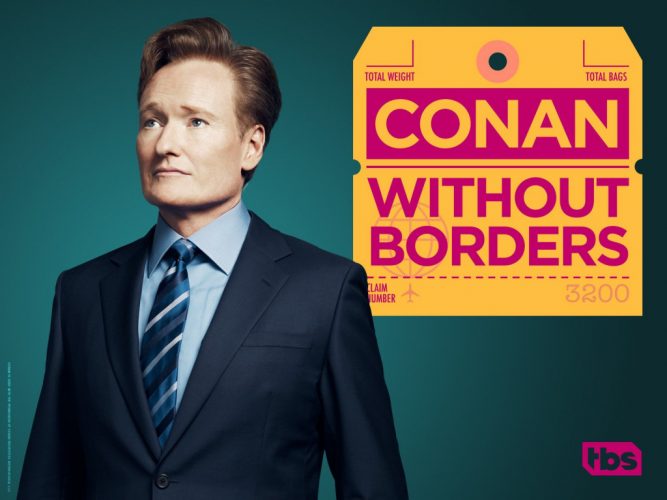 In each episode, Conan takes a tour to numerous spots of Florence and Naples. He travels in luxury in his rented vintage 1962 Fiat and takes a road trip via Chianti wine country. In the previous season, he visited the hilltop Tuscan town of Cortona where Jordan got honored by the mayor, and Conan also got a chance to give a guest appearance on the famous soap opera of Italy. The viewers will have great fun and enjoy watching this series thoroughly. He captures various places and provides in-depth information that the viewers have never explored before.

Conan Without Borders: Italy Cast: Who is in it?

Conan O’Brien is expected to return as the host in Conan Without Borders: Italy. Jordan Schlansky is the Associate Producer who is also expected to accompany Conan in the upcoming season. The other cast includes Chiara Leonini is a Fèlsina Export Manager, Valentina Pace is an Actress, José Arroyo is a Writer, Francesca Basanieri is the Mayor of Cortona and Giosue de Falco is the Director.

Conan Without Borders: Italy Plot: What is it about?

Conan Without Borders: Italy series follows a journey to various cities in the country. He explores the beauty of the country with special guest Jordan Schlansky. He has made to various countries like South Korea, Mexico, Armenia, Israel, Haiti, Germany and more. In each travel episode, he is always in a light mood and makes his viewers laugh with his witty jokes. His every episode honors the prestigious sites of the countries. He also learns about new cultures while exploring the foreign lands. In the previous season, Conan and Jordan attended an Italian language class. In one of the episodes, they went truffle hunting. The setup of the previous season was great as well where they both got immersed in a new culture. “Clearly going to Haiti was in response to something that happened, but most of what we tried to do there was be funny. And the same thing in Mexico, and the same thing in Cuba. My favorite moments from those shows aren’t overtly political. They’re just human,” he says.

Conan Without Borders: Italy Season 2 Release Date: When will it premiere?

Viewers have really loved the duo of Conan and Jordan in the previous season and will be expecting them to return together in the upcoming season as they visit another country. Given its popularity with the audience, Conan Without Borders is destined to return soon. We can’t help but wonder which country they will visit next. Though, we are not sure if they will return to Italy again. So, at this point, Conan Without Borders Italy season 2 doesn’t seem likely.

Here’s a clip from the show.