Conception Plus: Maidens of the Twelve Stars Plot: Everything We Know 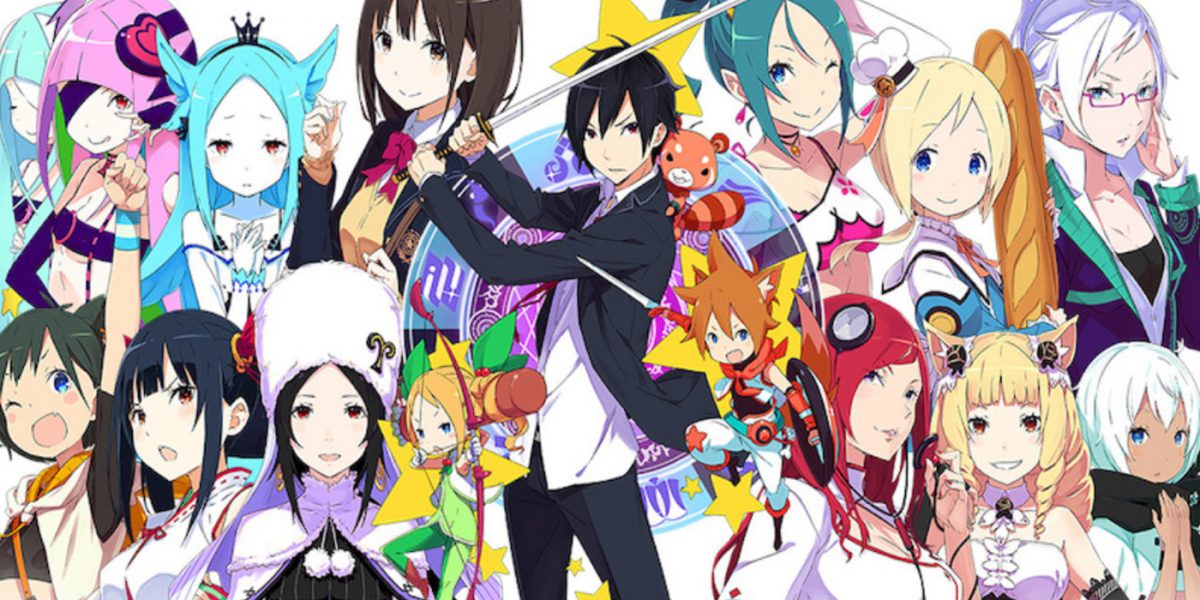 You have probably never even heard of the ‘Conception’ series of games, and there is a good reason for that. Japanese games have always tended to be more outlandish in their approach to storytelling and gameplay design compared to their Western counterparts. When done in a tastefully restrained manner, such an approach can yield delightfully enjoyable results and games that feel liberated from so many of the trappings of the Western school of video game design. However, left unrestrained, such a game development ethos can give rise to some very strange experiences indeed.

One such example is the ‘Conception’ franchise of dating simulation role-playing games by developer Spike. The first game in the series was titled ‘Conception: Ore no Kodomo o Undekure!’, which roughly translates to ‘Conception: Please Give Birth to My Child!’, and came out in 2012 for the PlayStation Portable exclusively for the Japanese market.

A sequel titled ‘Conception II: Children of the Seven Stars’ released one year later in August 2013 in Japan, followed by staggered worldwide releases one year later. Platform support for the sequel was also significantly improved, with the newer game also debuting on PC, PlayStation Vita and the Nintendo 3DS. Seemingly in an attempt to offer a seamless experience of all the franchise has to offer on more modern platforms, developer Spike has recently released a complete remaster of the original ‘Conception: Please Give Birth to My Child!’ titled ‘Conception Plus: Maidens of the Twelve Stars’. Read on to find out everything we know about the new (old?) addition to the Conception franchise.

Conception 3 Plot: What is it About?

Buckle up, because this is going to get weird. ‘Conception Plus: Maidens of the Twelve Stars’ puts you in the shoes of Itsuki Yuge, an indifferent high school student at Granvania National Star God Academy. Itsuki became an orphan when he lost his parents early on in life, and now lives with his cousin and classmate Mahiru Konatsuki. One day, after a startling admission by Mahiru, both Itsuki and she are summoned to a strange magical land called Granvania. Here Itsuki is informed that he is Granvania’s one true savior and “God’s Gift”, and that he must purify the impurities afflicting the world. To do this Itsuki must “charm” the girls (also known as Star Maidens) from National Star God Academy and raise their affection for him so that he can undergo the process of “classmating” with them, resulting in the creation of spiritual beings called “Star Children”.

The Steam page for the game describes it as follows: “The main protagonist, Itsuki Yuge, is suddenly summoned to the magical world of Granvania to save it from evil Impurities. As the savior from another world known as “God’s Gift,” Itsuki and his Star Children, born between him and the 12 Star Maidens, are the only ones capable of banishing these Impurities.”

Now, contrary to what you might be thinking right now, “classmating’ is not actually a crude euphemism for sex. In fact, in the world of Granvania Star Children are created by pouring the energy from Itsuki and a Star maiden into a special device.

Itsuki must now connect with the 12 different Star Maidens and then take his Star Children to combat the growing impurities across the world.

‘Conception Plus: Maidens of the Twelve Stars’ is a Role Playing Game and Dating Simulator with a turn based combat system. Itsuki can go out with up to 3 groups of 4 Star Children on excursions to dungeons to battle the impurities. The layout of these dungeons is completely randomized, and each dungeon crawl advances time by one week, following which Itsuki returns back to the capital to “bond” with his Star Maidens. As the player, you are limited to interactions with up to 5 Star Maidens per week via a three prompt dialogue system. The class type and stats of each Star Child depends on who the parent is, with different combinations producing different results.

The combat system in ‘Conception Plus: Maidens of the Twelve Stars’ has been modified to match the system used in ‘Conception II: Children of the Seven Stars’, with a turn based grid style battlefield with the enemy at the center of your raiding party. Battles can sometimes get repetitive though and the Automatic Battle option comes in handy here, taking care of the micromanagement aspects of the battle out of your hands.

The new remaster supports a few distinct improvements over the original, including an exclusive 13th Star Maiden, enhanced visuals and a new built in database of all the Star maidens, Star Children and monsters featured in the game.

‘Conception Plus: Maidens of the Twelve Stars’ has no multiplayer mode to speak of at this point in time.

Conception 3 Developers: Who Are The People Behind It?

Conception 3 Release Date: When And Where Can I Play It?

Conception Plus: Maidens of the Twelve Stars Trailer

You can check out the trailer for ‘Conception Plus: Maidens of the Twelve Stars’ right here: