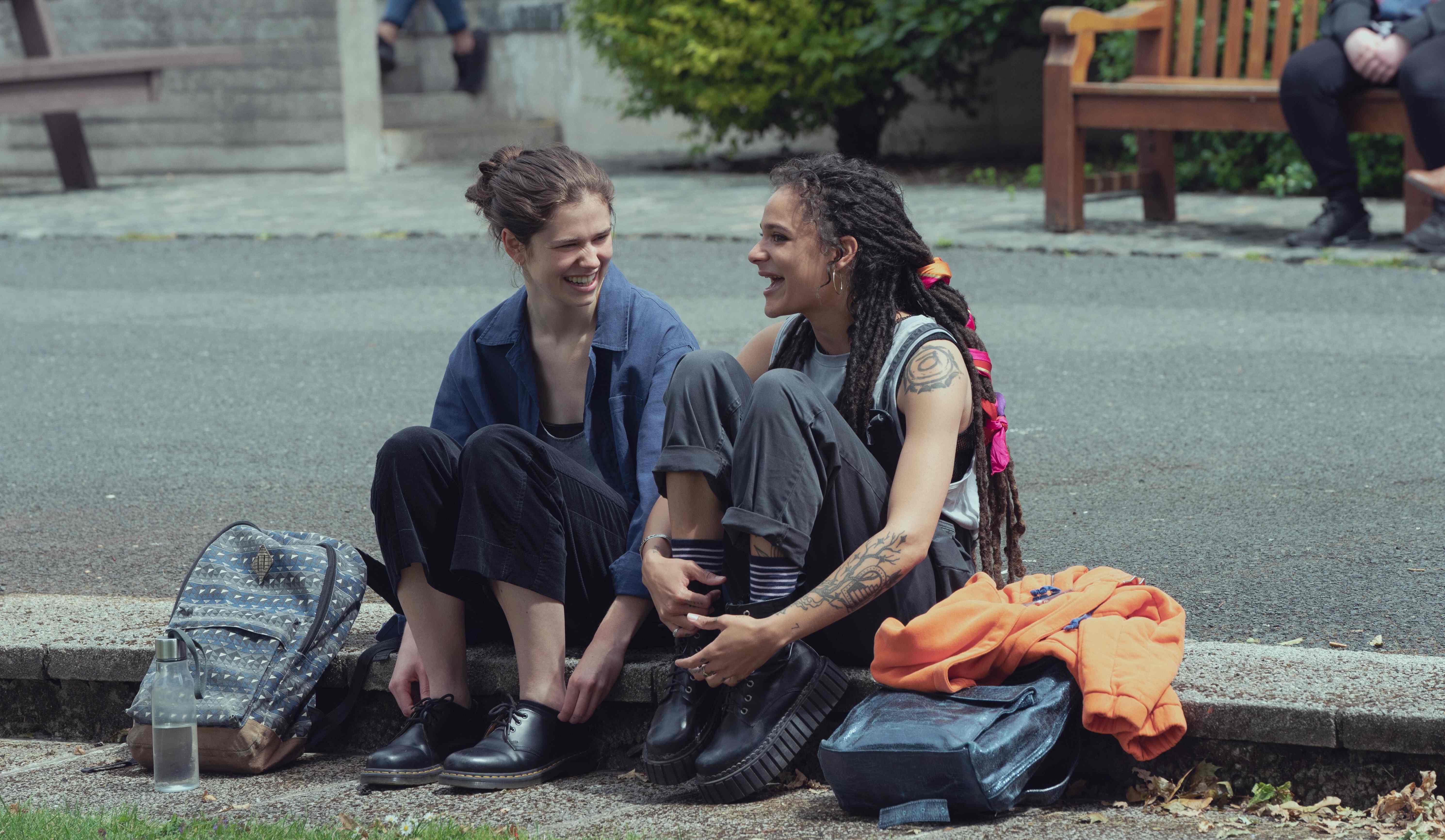 Based on the 2017 namesake novel by Irish author Sally Rooney, ‘Conversation with Friends’ is a drama series that deals with themes such as love, maturity, and monogamy. It is developed by the makers of ‘Normal People,’ which is the adaptation of Rooney’s 2018 novel of the same name. The storyline revolves around college students Frances and Bobbi — a poet and her self-proclaimed muse — who used to be in a relationship, but now they are close friends. They meet well-known author Melissa Conway after one of their poetry performances. While Bobbi feels drawn toward Melissa, Frances begins an affair with Melissa’s actor husband, Nick.

Following its release, the show received mixed to positive reviews. Although it garnered criticism for its pacing and uneven character developments, some praise was directed at the performances, casting, and the attempt to capture the embedded themes of the original novel. The first season has begun streaming globally. So, if you are wondering whether there will be a season 2, here is everything we can tell you.

‘Conversations with Friends’ season 1 premiered on May 15, 2022, on Hulu. The show also started streaming on BBC Three in the United Kingdom on the same day and on RTÉ One in Ireland on May 18, 2022. The debut outing of the series comprises 12 episodes that run for 25–31 minutes each.

As for season 2, here is what we know. Neither the producers of the show nor the executives of Hulu, BBC, and RTÉ have confirmed the development of a sophomore edition. As mentioned above, the show is based on Rooney’s book of the same name. So, the first season covers the entirety of the source material, delivering the same ambiguous ending.

In the twelfth episode, after Frances ends things with Nick following her endometriosis diagnosis, she resumes her relationship with Bobbi while things become normal between Nick and Melissa. One day, Nick mistakenly calls Frances, and they begin speaking. She tells him about her diagnosis, reminding him of their conversation about having children. As the episode ends, Frances tells Nick to come and get her, indicating that they might throw themselves back into their complex situation.

According to Rooney, although she had written several other endings for the book, it needed to have an open one. “‘Conversations with Friends’ began life as a short story, so it’s very hard for me to pinpoint the moment at which I realized it was becoming a book,” the author told PBS News Hour. “But as soon as I had the initial idea, which arrived in the form of my four central characters, I knew I wanted to pursue it as far as I could. And I realized it was over, strangely enough, when I wrote the final scene.”

Rooney continued, “I had written several other endings for the book, which were much longer, because I seemed to believe at some unconscious level that it was my task to “tie up” every ambiguity I had introduced. Once I identified that impulse, and reasoned myself out of it, I wrote the final scene as it is now – and I felt the novel was finished.”

In May 2022, executive producer Ed Guiney echoed the sentiment in a separate conversation, adding that if Rooney wrote sequels, they would love to be part of it. But, as the things stood, they felt privileged to get the opportunity to play in the universe that the author created. Emma Norton, a fellow executive producer of the show, agreed and remarked that people would take away different interpretations based on their personal experience. Taking all of this into consideration, it is highly unlikely that ‘Conversations with Friends’ season 2 will ever be made.

‘Normal People,’ the 2020 adaptation of Rooney’s eponymous work, is also a 12-part series. There is no indication that there will be a second season for that show either unless the author writes a sequel to the 2018 book. If Guiney, Norton, and their team decide to keep developing projects set in what Guiney dubbed the “Rooney-verse,” it will be either based on her third novel, ‘Beautiful World, Where Are You’ – published in 2021 – or one of her short fictions. However, we are yet to receive a formal word on the same.

Read More: Where Was Conversations with Friends Filmed?