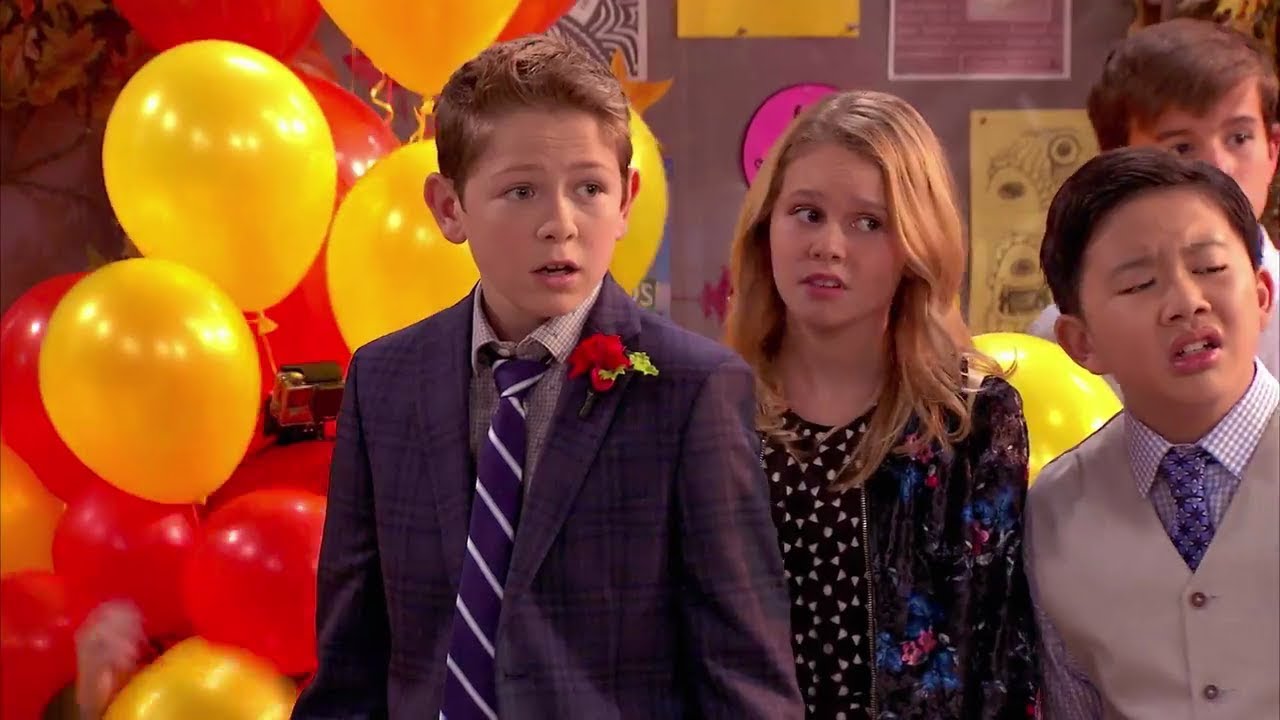 Coop and Cami Ask the World is an American television series that first premiered on Disney Channel on October 12, 2018. This comedy series is created by Boyce Bugliari and Jamie McLaughlin and stars Dakota Lotus and Ruby Rose Turner, who play Coop and Cami. The show is about two middle school-aged siblings who crowdsource their decision-making online and take their life decisions accordingly. Starring alongside Dakota and Ruby are Olivia Sanabia, Albert Tsai, Paxton Booth, and Rebecca Metz.

The show is meant for kids age 13 and over. The series blends a vlog with behind-the-scenes footaget. It was created by writer-producers Boyce Bugliari and Jamie McLaughlin of The Haunted Hathaways fame, who also serve as executive producers and showrunners. Adam Bonnett, who is the executive VP original programming at Disney Channels Worldwide, expressed his excitement of working with Jamie and Boyce in an interview by saying, “We’ve wanted to work with Boyce Bugliari and Jamie McLaughlin for a long time, and they’ve done a great job of incorporating crowdsourcing into a relatable family sitcom that’s perfect for our digital-native audience.”

Coop and Cami Ask the World Cast: Who’s in it?

Coop and Cami Ask the World Plot: What is it about?

The show centres around middle school siblings Coop and Cami Wrather who are the hosts of a famous online show titled “Would you Wrather?” Their show is all about crowdsourcing their decision-making online and how it affects their lives.

The show focuses on the life of Wrather family. The first season of the show started unusually on August 17, 2018, where audiences were able to vote on social media on what music video from the series they would want to see on-air which continued till September 21, 2018. The music video then featured in the theme song of the series and the shorts would feature the Disney stars participate in “ Would you Warther?” type challenges. Throughout the first season, we saw the siblings ask for solutions to their 10,000 followers who are also known as “Wratherheads” for their everyday problems that need a fresh perspective.

We saw them take advice on whether it’s okay to take your mom to a school dance as your date, would you have a beard or not have one, would you want to be your school principal’s friend and other similar questions. One time they also used their followers help to track down their brother Ollie when they lose him at the mall. The series showcases the day to day life of the Wrather family, and the ups and downs that they face and how having the channel affects their problems. The social media angle to the story reflects on the modern families of today for whom the social media is a big part of their daily lives and questions the importance of it.

Coop and Cami Ask the World Season 2 Release Date: When will it premiere?

Nancy Kanter, who is the executive vice president, content and creative, Disney Channels World Wide and general manager, Disney Junior said in an interview.”We’re excited by how quickly the audience has taken to our newest series, ‘Coop & Cami Ask the World, This warm, relatable family dealing with their everyday lives alongside their wild and wacky web series, has given kids a reason to tune in and watch as the stories unfold. We couldn’t be happier knowing that there is more fun to come in a second season.”

The second season of the show promises a lot more fun with more whacky scenarios that the siblings and their family will deal with and manage to solve using their channel. The air date of the second season is yet to be announced but should be revealed anytime now.

While we wait for an update on Coop and Cami Ask the World season 2, check out the season 1 trailer to refresh your memories. If you haven’t seen the show yet head over to Disney Channel to catch all the previous episodes.