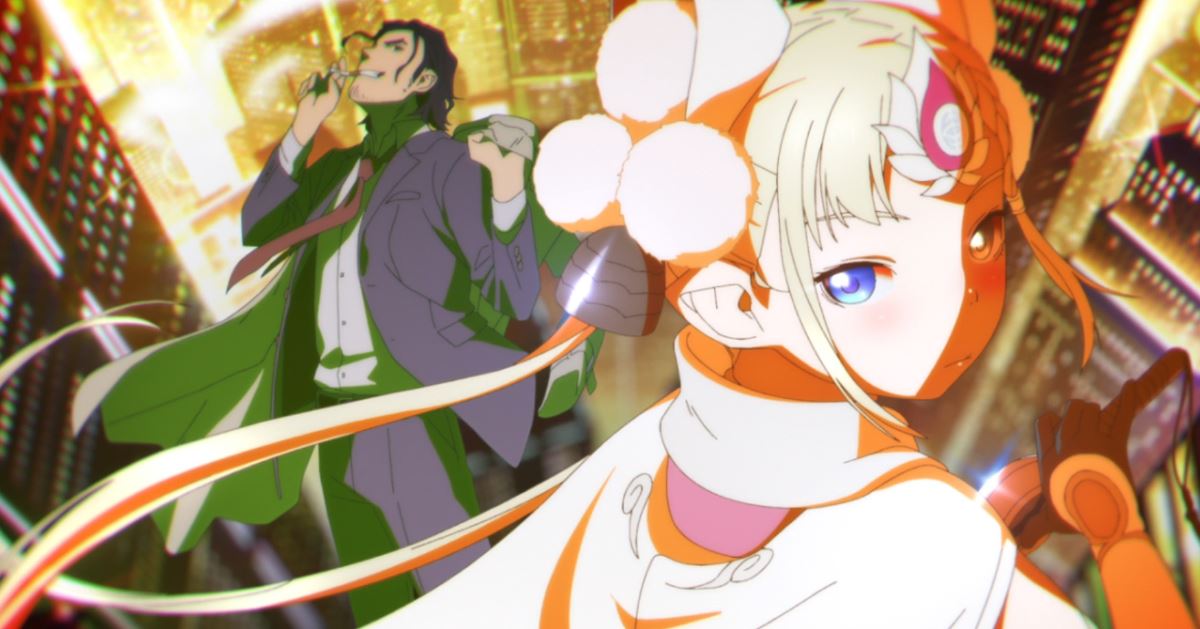 Coming from Shoji Gatoh, the creator of ‘Full Metal Panic‘, ‘Cop Craft’ is an action-fantasy detective anime. After looking at its insanely high production value, one might misjudge it by assuming that it lacks substance. That certainly isn’t true as ‘Cop Craft’ offers a lot more than just great action scenes. It follows a pretty simplistic storyline where aliens and humans co-exist peacefully but one small needle in the haystack leads to a lot of chaos. For the most part of it, it’s a pretty serious crime-solving anime, but every once in a while, it lightens up its mood by introducing gags that are related to the obliviousness of the alien characters towards the basic customs of the Earth. And surprisingly, these sporadically placed gags are incredibly funny and uplifting.

With a whole lot of CGI, the animation style might put you off, but the action scenes are truly amazing. The music adds a more Western feel to it and compliments other American cop-esque themes of the show. Overall, ‘Cop Craft’ is far from being perfect, but it certainly has a lot of potential. If you’re looking for something new this season, this one right here should be on top of your watch-list.

Cop Craft Season 2 Release Date: When will it premiere?

‘Cop Craft’ Season 1 premiered on July 9, 2019 and with a total of 12 episodes, it came to end on October 1, 2019. The anime has been adapted from a light novel series that has a total of 6 volumes to date. Now it is certainly a possibility that the creators of the anime will be able to cover all six of these volumes in just one season. Also, since the last volume of the light novels series came out in 2016, it seems very less likely that the author would return to it. So even if the anime manages to do really well, it will not be possible for the Studio to create another season because of the lack of source material. Even then, if we get any official confirmations regarding ‘Cop Craft’ Season 2 in the future, we will surely update it here in this section.

The English Dub of ‘Cop Craft’ is available on Amazon Prime.

It’s been 15 years since the strange hyperspace gates had opened up on the Pacific Ocean. These gates allowed mysterious beings such as fairies, elves, and many others to enter the earth and establish diplomatic relationships with humans. In the present events of the anime, Kariana Island has become the hub for all of these non-human creatures as it acts as a front door into the human world. The island accommodates more than two million non-humans along with the other human minorities. And though this really helps in the overall growth of the region, some criminals try to take this for granted. This is when the San-Teresa Metropolitan Police Department is established to make sure that everything remains peaceful between the several species that reside together.

But later, a drug bust goes terribly wrong and Detective Sergeant Kei Matoba’s life goes spiraling down. To add to his miseries, he is forced to work with a Semanian Knight to find a fairy who went missing during the bust. Initially, the two of them turn out to be disastrous partners, but with time, the detective learns to appreciate Semanians a lot more than he did before and the Knight learns to adapt to the diverse customs of the human world.

Kei Matoba is the main protagonist of the show who was once a JSDF Soldier. In the present events of the anime, he works as a Detective Sergeant for the San-Teresa Metropolitan Police. He has always disliked all the non-human creatures who walked through the gate that opened up over the Pacific Ocean. But later, after spending a lot of time with Tilarna, he starts warming up to the creatures.

Kei believes in making his own rules and paving his own path to unravel the mysteries of all the cases he’s working on. And once he sets his mind on achieving something, nothing can hold him back. In appearance, he is fairly tall and has a slightly muscular build. He has long shoulder-length black hair and sports a small chin goatee. He is usually seen in a sharp grey suit along with a dull red tie.

Tilarna is another protagonist of the anime who is a noble Knight of Mirvor. She crosses the gate for the sole purpose of rescuing the abducted fairy and to punish those who tried to harm her people. According to Earth years, her age is 18 but according to the alien system, she is 26 years old. She wears a bright red tribal dress along with a hat that has wings on the sides. She also wears huge golden earrings and has bright blue eyes. She possesses a very powerful sword and is also capable of using magic.

Jack Roth is a secondary protagonist of the show who is the Chief of Special Public Morals Division of the San-Teresa City Police Department. It is later revealed that all this while, he was trying to create a war between humans and Semanians along with Zelada. He fears that the Semanians will grow in population and will then take over the entire world. Jack is usually seen in sharp business suits and appears to be a little older than he is. He has grey hair and sports a greyish French beard.

Zelada is a very powerful mage who has the ability to revive the dead and then use them as his own puppets. Much later in the series, it is revealed that he had once killed almost half of Kei’s unit in a battle.

Cecil Epps is known to be the best Coroner of the city and is also Kei’s Ex-girlfriend. It is hinted that she still holds some feelings for him.