When Will Cosmos Season 4 Release? 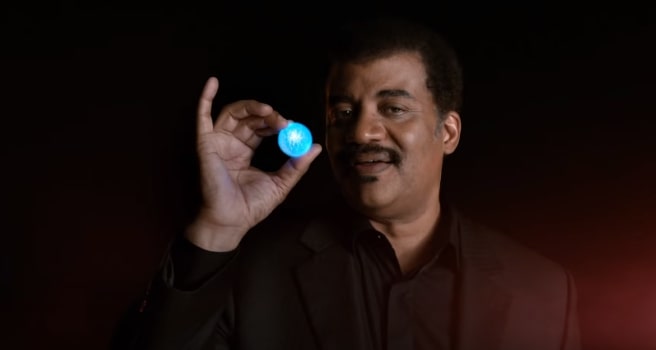 ‘Cosmos: Possible Worlds‘ continues the tradition that Carl Sagan’s ‘Cosmos‘ started. The series combines scientific inquiry with philosophical ramifications, seeking to explore the truth of life and existence in a vast, unknowable world. Neil deGrasse Tyson returns as the presenter in ‘Cosmos: Possible Worlds.’ The first season of the show — i.e the third season of Cosmos — has been well-received and remains one of the most hopeful installments in the franchise. Now, you might be wondering if there will be a ‘Cosmos: Possible Worlds’ Season 2. We have got you covered in that regard.

Going by the timeline of the release of the previous season, the next season of ‘Cosmos: Possible Worlds’ could take some time. Also, due to the coronavirus pandemic, any new production will take some time to start. Considering everything, our best guess is that Cosmos Possible Worlds season 2 will release sometime in 2022. The good news for the fans is that producer Ann Druyan has expressed every intention to make another season.

Who is the Host of Cosmos: Possible Worlds?

Neil deGrasse Tyson is expected to return as the host, in the upcoming season. After all, the astrophysicist, author, and science communicator enjoys immense popularity and has been cleared of any charges of sexual misconduct. Apart from Tyson, the cast is usually not fixed. In season 2, we saw notable actors like Patrick Stewart and Viggo Mortensen appearing in various roles. The upcoming season might have some A-listers in guest roles, as well.

What is Cosmos: Possible Worlds About?

‘Cosmos: Possible Worlds’ has dealt with various complex topics like quantum mechanics. However, it ends on a positive note by visiting the 2039 World’s Fair. The imagining of the future sees that several problems of earth can be solved using scientific imagination, aided by public commitment. Druyan has spoken about how all the methods of fixing the planet, seen in the season finale, are theoretically feasible and might be practically conceptualized soon. The upcoming season might focus on the same principles where humans value the actual resources that they need to survive.

Moreover, with the coronavirus pandemic, things are bound to be put into perspective by the entire human race, and we might feel its impact in the upcoming season. After all, the science show also deals with human society at present, and the turbulent times we are going through might make its way to television.

You can check out the trailer for ‘Cosmos: Possible Worlds’ to get an idea of what the show is about, and what the future might have in store.