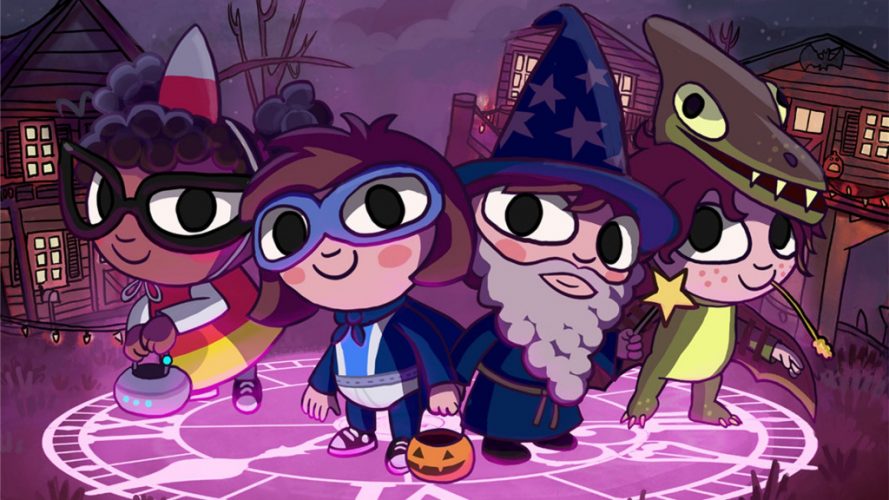 Costume Quest is a kids tv series that airs on Amazon Prime Video. The show is adapted from the Costume Quest video game  developed by Double Fine Productions and published by THQ. In order to understand what this show is all about, let’s first give you a glimpse of the original video game on which the show is based. The gameplay involves a player who takes up the role of a kid who, on Halloween Night, is involved in trick-or-treating with his/her twin. Now, his/her sibling is captured by a monster. Therefore, in order to rescue him or her, the brother or sister has to travel around the neighborhood gathering treats, items for their costume, and candies as well as recruit other kid allies to prepare for the final face-off with the monster. The game is a mash-up of elements from both adventure and role-playing video games. Its sequel was released in the year 2014.

The Costume Quest show comes from executive producer and story editor Will McRobb and Frederator Studios are the producers. In fact, the latter — who has also produced Adventure Time and Castlevania — had been planning to release this show and had been working on it since 2015. Now, finally, after four years, viewers got a chance to enjoy the much-awaited series. Frederator Studios is also behind other popular web series like Bee and Puppycat and Bravest Warriors. These were released on Cartoon Hangover and VRV, Frederator Digital’s YouTube channels.

Costume Quest is purely based on the characters from the video game. Four kids — namely, Everett, Lucy, Reynold, and Wren —  have to shoulder the responsibility of combating nougat-crunching monsters in order to save the small town they live in. These Halloween monsters are powered by nougats, in the same manner as Popeye is fuelled by spinach. Funny, interesting, and comic, this series shall definitely attract the young and old alike!

Costume Quest Plot: What is it about?

The show follows the tiny town of Auburn Hollow that is under the attack of monsters, who have been plaguing its residents since the last 10 years. Now, a team of four kids is given the responsibility to fight and defeat the villains. This task group comprises trick or treaters who are both normal kids and are blessed with superpowers. However, in order to stop the monsters from executing their evil plans, each team member has to use his imagination to the fullest so as to unlock and own costumes with amazing powers — for joining in the battle and defeating the critters.

Costume Quest Season 2 Release Date: When will it premiere?

Costume Quest Season 1 premiered  on March 8, 2019 on Amazon Prime Video. Although the show is targeted at an audience, comprising 6 to 11 age-year-olds, it can be enjoyed by adults as well.

As far as the next season goes, we don’t have an official announcement yet. Though, there is a high likelihood that the show will get renewed simply because the studio already has an infrastructure built for it. They just need an interesting story to go along with it. Our best guess is that if the show does get renewed, Costume Quest season 2 can release sometime in March, 2020. We will update this section as soon as we hear more.

While we wait for an update on Costume Quest season 2, check out the season 1 trailer to refresh your memories. If you haven’t seen the show yet head over to Amazon Prime to catch all the episodes of the previous season.