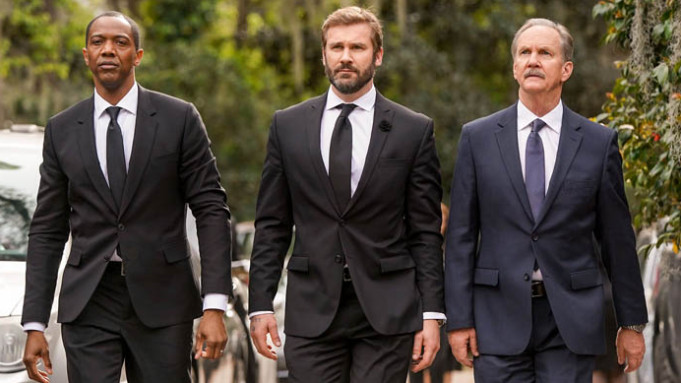 Based on the book of the same name by Bruce Feiler, ‘Council of Dads‘ is a new take on parenting. The drama has been developed by Joan Rater and Tony Phelan. The premise follows Scott Perry, who’s been diagnosed with cancer. Worried that his children have to grow up without his guidance, Scott and his wife, Robin, organize a council of dads.

This is basically three of their friends, who will serve as father figures for the children. Once Scott passes away, they form an extended family of their own. Curious to find out what happens in the season premiere? We are here to give you the rundown, after walking you through when and where to watch the upcoming episode.

Council of Dads Episode 2 Release Date: When Will It Premiere?

‘Council of Dads’ Episode 2 is slated to be released on Thursday, April 30, 2020, at 8/7c. Understandably it is quite a long wait, but perhaps the delay is because of the lockdowns in place, globally, due to the coronavirus pandemic.

Where to Stream Council of Dads Online?

‘Council of Dads’ is on NBC, so you can always watch the series if you have a cable subscription. If not, you can still stream and watch the show on the NBC site. If you are a cord-cutter, you can choose between Fubo TV, Sling TV, and DirecTV. After all, since cord-cutters are on the rise, several options have to be made available to them, as they make up a large part of the viewership base.

Among the options given here, some of them offer free trial periods as well. If you are a Hulu subscriber, then you can stream and watch the episodes on the platform itself.

The episode starts by introducing us to Scott and Robin’s large Georgia family. Scott’s daughter by another woman, Luly, is waiting to hear about an internship in New York City, Theo, one of the sons, wants to get his driver’s license, JJ wants to try rope swinging into the lake, before first grade, and Charlotte, the adopted daughter, is obsessed with Anne Frank.

Soon Scott’s life changes, as he receives news about aggressive cancer in one of his legs. Throughout the episode, we are told more about the children, including Luly, who works at a crab shack. We also meet Scott’s friend, one of whom went to culinary school, and another, who is in AA, with Scott acting as the sponsor.

With his future uncertain, Scott drops some words of wisdom to his kids, which initially irks Robin. She’s also unwilling to go with his ‘council of dads’ idea. However, she accidentally appoints herself as the head of this council. The family is hit with two big news. Firstly, Robin is pregnant again and has a daughter named Hope. Secondly, Scott’s cancer is back, and likely to win.

The scene cuts to his funeral, and we see the council of dads in action. They include Oliver (Robin’s colleague and a surgeon), Anthony (from the culinary school) and Larry (from AA). Their tasks include finding Charlotte, who’s hiding, and setting straight a grandmother, who insists on calling JJ a girl, though the child identifies as a boy.

Fast forwarding, the episode ends with Luly marrying Evan, with whom she used to work at the crab shack. We see Robin is worried about replacing Scott as the ‘fun parent’, but Oliver assures her it’ll be okay. Undoubtedly, the upcoming episodes will see how well this council of dads perform.