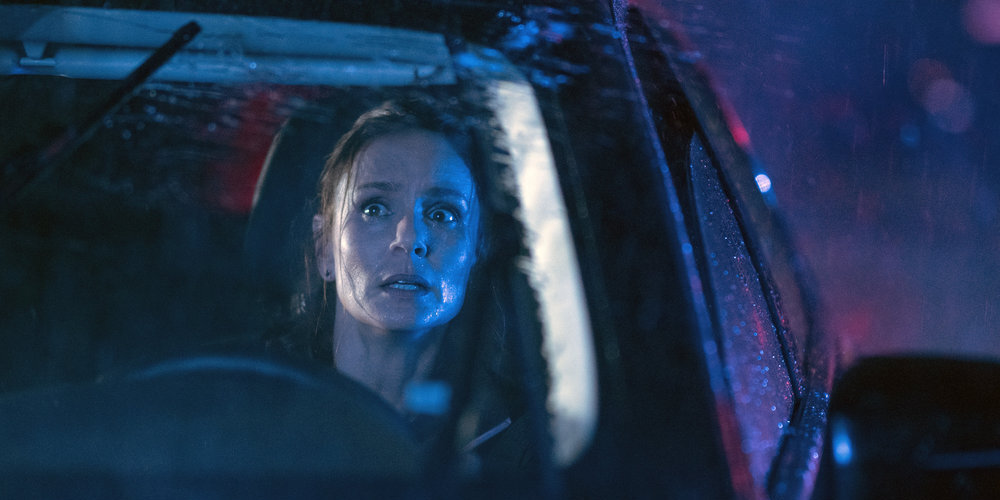 We’ve reached the end of the Joan Rater and Tony Phelan creation, ‘Council of Dads.’ Fans will be disheartened to know that NBC has canceled the series. However, we have one last episode before the show packs up. In the penultimate episode, titled ‘Stormy Weather,’ as the storm arrives, Robin takes JJ, Charlotte, and Theo, along with her to Tybee Island, where Oliver lives. JJ confides to Theo that he has left their dog Cowboy in the basement. Theo takes Robin’s car and leaves to get Cowboy but gets trapped instead. As time flies by, JJ confesses to Robin and she leaves to rescue Theo who is badly injured.

As they are on their way to the hospital, a tree falls damages the car. Anthony emerges from behind asking if they need any help. Larry gets worried about Lauren and Ivy’s safety. Luly convinces Lauren to take shelter at her home. Lauren tells Luly that despite his changed behavior she can’t let Larry come close to them again. At Oliver’s place, Sage goes into labor and Charlotte helps Oliver calm down and prepare for the delivery. Sage reveals to him about her condition but he assures her that he is there for her. Now, you must be wondering about what goes down in the season finale of the family drama series? We are here to help you with that.

Where to Watch Council of Dads Finale Online?

You can watch the ‘Council of Dads’ episode 10 by tuning to NBC at the above-mentioned time. You can also catch the show on NBC’s official website and the NBC app. If you don’t have a cable subscription, you can watch the show on Hulu, DirecTV, and Fubo TV. ‘Council of Dads’ is also available as a VOD service on YouTube TV. You can also stream the episodes on Sling TV.

The upcoming episode is titled ‘Fight or Flight.’

Everything is going to come full circle in the season finale. Robin has already revealed to Theo that Anthony is Luly’s biological father. The final episode can showcase how Charlotte and JJ react to Luly and Anthony’s truth when the whole family gets together under one roof. Anthony might help Robin and Theo and get them to safety. In the previous episode, we have seen Theo telling Robin that he will never forgive Anthony. Will things change now that Anthony is back from Las Vegas?

On the other hand, as Sage goes into early labor and suffer a tremendous amount of pain, Oliver might pull out all stops to deliver the baby, ensuring the safety of the mother and the child. Oliver might find himself in a dilemma as Peter might start having second thoughts regarding the adoption after learning about Sage’s GSS diagnosis. With the destruction caused by the storm, the fate of the Perry families Crab Shack might be up in the air.