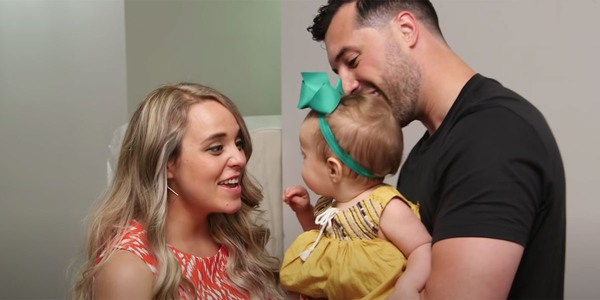 The third episode of ‘Counting On’ landed this week and we got to learn a great deal about parenting. The Duggars also lend a helping hand in the time of crisis when Hurricane Dorian hits the Bahamas. We additionally witness how mothers pass on handy tips to their children and how these tricks stay alive for generations. Overall, episode 3 is not only entertaining but an informative watch. We will get to the entire details of the latest part in our recap section. Now, you should know that the show is all set to drop its 4th part. Read on if you wish to gather more insights about the next episode from the series.

‘Counting On’ Season 11 Episode 4 is slated to premiere on Tuesday, July 28, 2020, on TLC at 8 p.m. ET. The upcoming episode is called ‘The Duggar Dash’ and its official synopsis reads as follows: “It’s hard to decide which Duggar is the most competitive, so they decide to put it to a test; the family splits into four teams and Michelle sends them on an exciting race around town.”

Where to Watch Counting On Season 11 Episode 4 Online?

Episode 3 sees Hurricane Dorian hitting the Bahamas and bringing with it a lot of destruction since it is a Category Five storm. The Duggar clan wastes no time in flying to the location and helping out the victims with food and supplies. Of course, everyone is not able to go since they have responsibilities, like taking care of their small babies. Jessa and her husband stay behind since they are parents to three toddlers. Even a small road trip is a huge task for them. For instance, Jessa and Ben had previously visited their friends in Kansas City and the whole experience had been chaotic. But now the couple knows a few things — like carrying snacks, change of clothes, etc.

Michelle has already set an example of how to be always ready for babies. She used to always carry an emergency kit, packed with cold medicine, extra diapers, perfume, among others. Now, her kids are following the footsteps of their mother and the guidelines have not failed them yet. On the other hand, twins Jedidiah and Jeremiah have moved out on their own. The twins buy a house together. Jessa and Ben take their kids to the zoo. It is difficult to manage the kids at the zoo since the middle child is a sort of a wanderer. However, overall, the trip is good and everyone has a grand time.