When Does Counting On Season 11 Premiere? 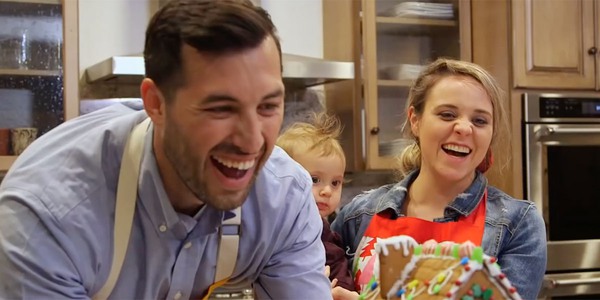 ‘Counting On’ is TLC’s long-running reality television series that originally dropped in 2015. Created as a spinoff to ’19 Kids and Counting’, it follows the Duggar clan: Jessa Seewald, Jinger Vuolo, and Joy-Anna Forsyth, and their sixteen siblings. We also get glimpses of the parents Jim Bob and Michelle Duggar. After spanning 10 incredible seasons, the show was renewed for its 11th outing. Read on to know when ‘Counting On’ season 11 premieres on TLC.

The show began by focussing on the older Duggar children, especially Jill Dillard, and Jessa Seewald. While Jill won’t be appearing in the next season, we will not see her husband Derick Dillard, and their sons, Israel and Samuel, in the future episodes as well. Jessa will, however, make a comeback, accompanied by her husband Ben, and their children, Spurgeon, Henry, and Ivy. Other stars who won’t be seen in season 11 include Mary Leona Duggar (Jim Bob’s mum who died from a heart stroke in 2019) and Josh’s wife Anna, and their kids Mackynzie, Michael, Marcus, and Meredith.

What Can Counting On Season 11 be About?

While ‘Counting On’ commenced by focusing on the lives of Jessa and Jill from the Duggar clan, across the years, the show has expanded to include the rest of the fam and their respective families. Notable events shaping the story are multiple weddings, pregnancy announcements, and births of new babies. Season 11 will feature more pregnancies and momentous events in the lives of this massive clan. As TLC describes the outline of the premiere in its official synopsis:

“Jessa and Ben struggle to keep three kids entertained while making the best of the situation at home. Jinger and Jeremy deal with the California restrictions, which are far stricter than those in Arkansas. Meanwhile, Jim Bob, Michelle, and the rest of the kids adjust to self-isolating when they have more than 10 people at home. Later, the entire family comes together for a family fun night… via video chat!”

Also, get ready for a baby-filled season since this time, we know that five girls from the fam are expecting. And this is the highest number for the clan in one year — yet!

Check out the trailer for season 11 below:

Read More: Where is Counting on Filmed?