Will There be More of ‘Couple Trouble’? 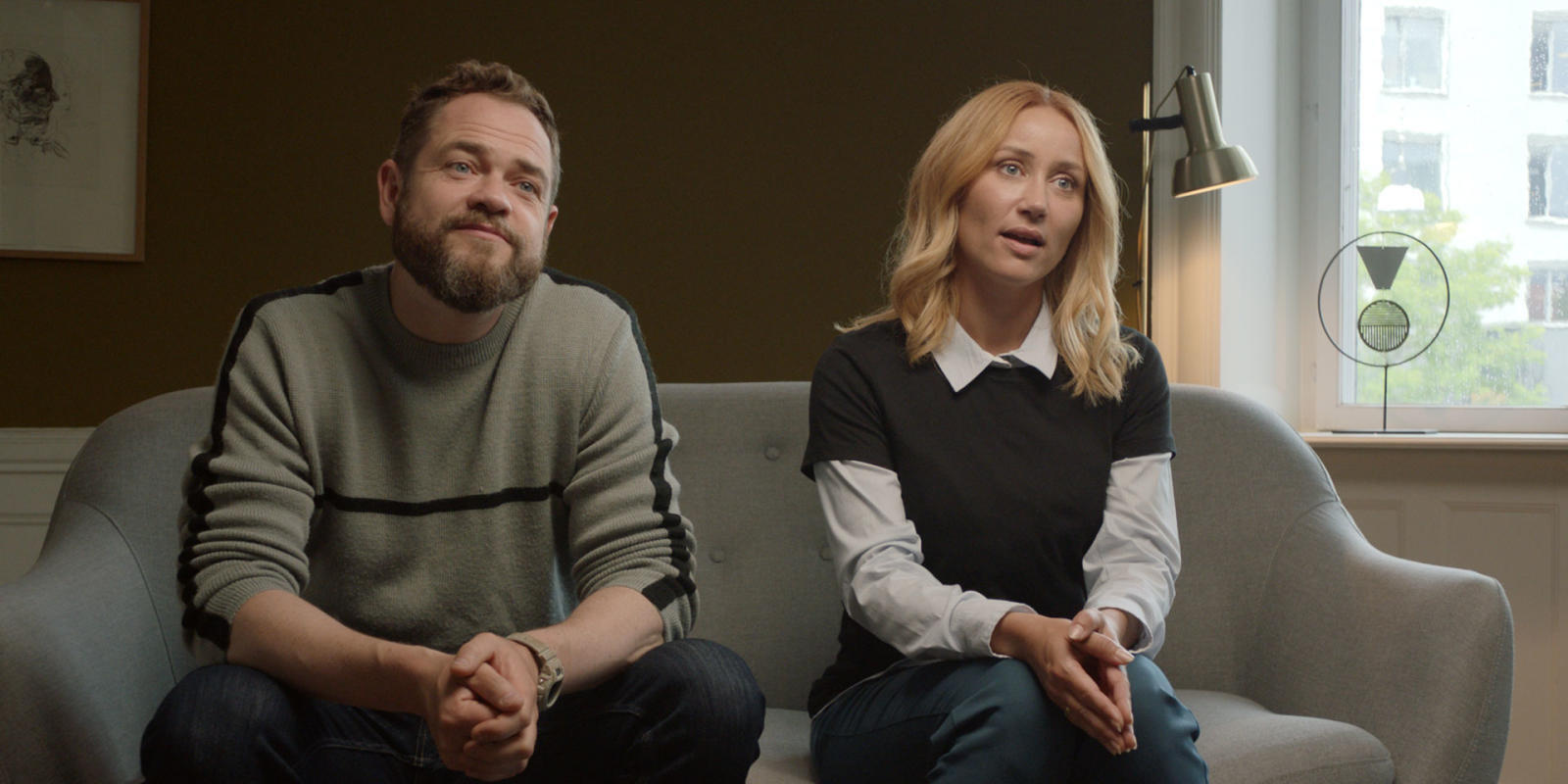 ‘Couple Trouble’ also known as ‘Hånd i Hånd’ is a Danish relationship drama that revolves around a married couple, Anders and Lise, who give their complicated relationship a second chance by opting for Couples therapy. The drama showcases the ups and downs in the life of the couple, who have been together for the last seven years.

Christian Fuhlendorff pitched the idea for the show, while Thomas Glud and Jakob Tingleff took up the responsibility of penning the script. Michael Spooner, Jacob Bitsch and Parminder Singh serve as the directors for ‘Couple Trouble.’

The romantic drama released in Denmark in 2018, and opened to positive reviews from the audiences as well as the critics. The show was lauded for its authentic portrayal of complex relationship issues, incredible soundtrack that complements the storyline, and captivating performances by the cast. Not just that, ‘Couple Trouble’ has also received a Best Television Series nod at the Copenhagen TV Festival and Zulu Awards.

Couple Trouble Season 2 Release Date: When Will it Premiere?

The first season of the show released for the Denmark audience on August 30, 2018, on TV3 and Viaplay. The success of the season 1 has paved the way for season 2 which will release in Denmark on February 13, 2020.

‘Couple Trouble’ season 1 will premiere in the US on February 6, 2020, on Sundance Now. It will consist of eight episodes with a runtime of 45 minutes each. The second season should release on Sundance Now in the coming months.

Couple Trouble Cast: Who is in it?

Ditte Ylva Olsen (‘Dicte: Crime Reporter’) plays the snarky and independent woman, Lise Henriksen. Joining her as the easy-going husband, is Esben Dalgaard Andersen (‘The Stranger’) as Anders Dybdal Jensen. Rasmus Bjerg (‘The Way to Mandalay’) essays the character of the lively and spirited therapist, Lennart.

The other cast members include Tommy Kenter as Tage, Stephania Potalivo as Anne, Peter Zandersen as Karsten, Marie Askehave as Cille, Peter Gantzler as Bent, Kerstin Jannerup Gjesing as Alba, and Birthe Neumann as Mona.

Couple Trouble Plot: What is it About?

Anders and Lise are going through a rough patch in their marriage. Andre, a firefighter and Lise, a career-oriented woman, are in their 30s and share an adorable daughter. They have been trying to resolve their conflicts for a while now but things aren’t working anymore. Day by day it is getting really difficult for both Anders and Lise to strike a balance between their work, daughter and love life. They still love each other and, therefore, decide to consult a relationship counselor to get their relationship back on track.

‘Couple Trouble’ showcases the highs and lows of the couple’s relationship with the help of flashbacks through a series of therapy sessions. We see the events from the beginning of their relationship, leading to the day they finally decide, to see a therapist. The show begins with their cute dating phase where they meet, fall in love and move in together (with Anders’ mother). But their relationship is put to test ahead of their marriage. With the overwhelming stress of everyday life, Anders realizes that romance has taken a backseat and that might be one of the reasons why they are, the way they are.

During the counselling sessions, the couple get to see the other side of each other. In order to save their ship from drowning, the therapist suggests the couple to get their own house, away from their parents. But things go south and they are forced to live in a trailer. Well, all sorts of daunting challenges are surmountable, when we have the right partner, right?

Check out the trailer of ‘Couple Trouble’ season 1!