When Will Couples Therapy Season 2 Premiere on Showtime? 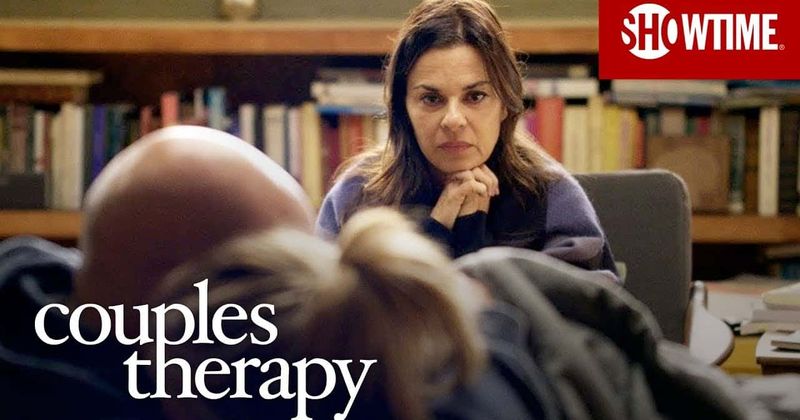 ‘Couples Therapy’, a brainchild of Josh Kriegman and Elyse Steinberg, is a part of Showtime’s steadily growing slate of unscripted programming. Kriegman and Steinberg are award-winning filmmakers of the critically acclaimed political documentary, ‘Weiner’, about congressman Anthony Weiner and his campaign for the 2013 mayoral election.

Although ‘Couples Therapy’ is a docu-series, here the duo takes up a different subject to showcase their talent. The show delves into the relationship issues faced by couples that lead them to seek counsel from a therapist. It narrates the events that take place inside their counselor’s chambers.

The first season of the show was well-received. Now, the question arises: will there be a ‘Couples Therapy’ Season 2? We will delve into that question, but first, let’s quickly look into the details of the series.

Couples Therapy Cast: Who is in it?

‘Couples Therapy’ follows four couples who attend therapy sessions for several months with the renowned New York psychoanalyst, Dr. Orna Guralnik. A clinical psychologist as well as psychoanalyst, she is a part of the faculty at the National Institute for the Psychotherapies in NYC. Her specialties include the subjects of trans-generational transmission of trauma and dissociation.

Season 2 will definitely feature Orna as she resumes her responsibility of guiding troubled couples through various marital issues. We expect to see a batch of new participants attending Orna’s therapy sessions — their names being kept anonymous to protect their privacy.

What is Couples Therapy about?

Relationships are complicated. This is a fact. And with the increase of social media reach, available alternatives, and ease of secondary measures, separation or marital problems are on the rise. Often, when we come across any person facing troubles with their partner, which cannot be solved by personal confrontation, we usually advise him or her to approach a counselor and seek relationship advice.

But does this work? What actually happens in these therapy sessions and inside the therapist’s office? If you wish to know the answers, ‘Couples Therapy’ is a perfect choice. Giving an inside look behind the closed doors of therapist Dr. Orna Guralnik’s chambers, this docu-series follows four couples as they navigate and address the issues which are threatening to tear them apart.

Guralnik sits with each couple, analyzes their problems, and guides them in finding a resolution. She encourages them to engage in honest confrontation, involving their partners as well as themselves. When we listen to their stories, we get a glimpse of real-life struggles that people face, which are usually hidden from plain sight.

Across the episodes, we meet a man and woman, who were extremely attracted to each other the moment they met. However, now they do not speak the same language. Then, there is a transgender pair, in which one of the partners claims that she became a mom when she had just started her journey of womanhood. Currently, this new change has completely toppled their lives.

One another couple is completely plagued by their recurrent trust issues. As Guralnik attempts to detangle the complexities of each problem, she, at times, feels overwhelmed as her actions often yield life-changing results. Moreover, with the control that she has over these people, she knows that she holds tremendous responsibility for each bit of advice she comes up with.

‘Couples Therapy’ is not your fancy, exaggerated reality series or artificial dating show. It is about the true stories of individuals, battling actual problems and fighting to make their relationships work. Authentic and extremely touching, each of its weekly episodes narrates raw incidents and sometimes, amazing breakthroughs. We witness how Guralnik helps them in identifying their insecurities and discovering the root cause. She also assists them with tools to improve their relationship.

Creator Josh Kriegman expressed his views about the authenticity of the series, saying, “I hope you can tell from the series our goal here was to find a way to capture therapy authentically. You know, one of the main questions going into this was is it possible to create a space where people can be authentic and raw and vulnerable in the way they need to be in order for real therapy to happen? Is it possible to do that and also film at the same time without interfering with that process?”

Season 1 received nearly 1,000 applications and Showtime shortlisted only four, who actually needed help and promised to be open and honest. Diversity was another factor that was kept in mind while picking participants. And Orna’s office has only one-way mirrors, which means that the couples never see the camera or crew while pouring out their hearts.

Toward the end of season 1, we see how the pairs understand the root cause of their problems. While one couple realizes that the wife’s abusive past is affecting her current marriage, another pair discovers that their present challenges are due to unresolved mommy issues.

Season 2 will follow the same trope and chronicle the journey of the featured couples as they recover, learn to have faith or realize that they need to go separate ways.

Couples Therapy Season 2 Release Date: When will it premiere?

‘Couples Therapy’ Season 1 premiered on September 6, 2019, on Showtime, in all its entirety of nine episodes.

As far as the next season goes, here is the good news. Branded as “raw and delicious” by The New York Times, “addicting” by GQ and “compulsively watchable” by Jezebel, the critically acclaimed series has been renewed for another season. If everything falls in place, ‘Couples Therapy’ Season 2 will most likely release sometime in September 2020.

Below is the official first-look trailer for season 2 of ‘Couples Therapy’.