When Will Court Cam Season 3 Premiere? 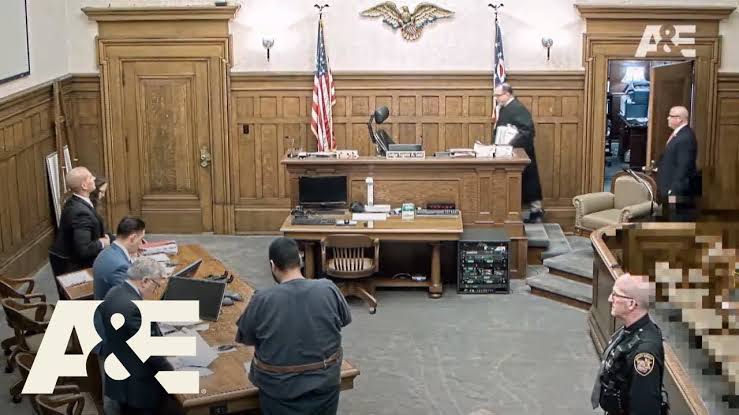 When it comes to legal court dramas, there’s seriously no dearth of titles. Shows like ‘Suits‘, ‘Better Call Saul’, and ‘How to Get Away with Murder‘ have set a high bar. We love them because of their various onscreen courtroom antics, which finally end with justice being served and give us hope that law and order will be restored.

Now, would not it be even more fascinating if we could get a first-hand sight into whatever happens in real courtrooms? Well, A&E picked up a docu-series that deals with just this scenario. ‘Court Cam’ is a documentary based on true events, which lends “a front-row seat to some of the wildest, unruly and outrageous courtroom moments recently caught on tape” — as outlined by A&E.

Season 1 of ‘Court Cam’ came to an end in December 2019 and managed to garner positive reviews. So it was renewed for a second edition as well. Now, the show is all set to release its third season. And here’s everything we know about it.

Dan Abrams, CEO of Abrams Media and chief legal analyst for ABC News, serves as the frontman and host of ‘Court Cam’. He is best known for presenting A&E’s other acclaimed series ‘Live PD‘. The American web entrepreneur and television personality also hosts ‘The Dan Abrams Show: Where Politics Meets The Law’, which airs on SiriusXM’s P.O.T.U.S. channel. The legal commentator and author has previously worked as the chief legal correspondent and analyst for NBC News. He had assumed the position of general manager on MSNBC for a certain period during his career.

Abrams has formerly acted as the co-anchor of ABC’s ‘Nightline’ and has also featured as the host on ‘The Abrams Report’ and ‘Verdict with Dan Abrams’, which used to air on MSNBC. Alongside Abrams, we also meet judges, witnesses, and victims, who are interviewed by the host as they narrate firsthand accounts of the specific footage being featured in the episodes. Abrams is also one of the executive producers of the show, along with Rachel Stockman and Paul Kaup. Abrams will make a comeback in season 3, accompanied by a rotating panel of law enforcement officials and new victims.

What Can Court Cam Season 3 be About?

‘Court Cam’ is a one-of-a-kind documentary that lends viewers detailed insights into whatever happens inside the closed doors of a courtroom. From uncontrollable reactions and outbursts to judges who lose their cool, this action-packed series brings you some of the most shocking and emotional courtroom moments that had been captured on camera.

Host Dan Abrams gives further insights into each case by holding detailed discussions with judges, witnesses, and victims who had actually been involved with the incidents when they happened. They provide a lens to audiences to experience the events exactly as they had transpired during that particular day.

The episodes give you the feel like you are seated on the front-row seats inside the court where the drama unfolds. The show does an amazing job of covering all types of cases — ranging from high-profile trials to minor court proceedings.

Providing a first-hand glimpse of the American justice system, ‘Court Cam’ is a true-crime documentary, no doubt, but it is more about what happens when the criminal is caught. It explores the various facts and proceedings involved in finally delivering a perpetrator to justice. And it is expected to continue in the same manner in season 3 as well.

You can check out the official teaser trailer from ‘Court Cam’ season 3 right here.