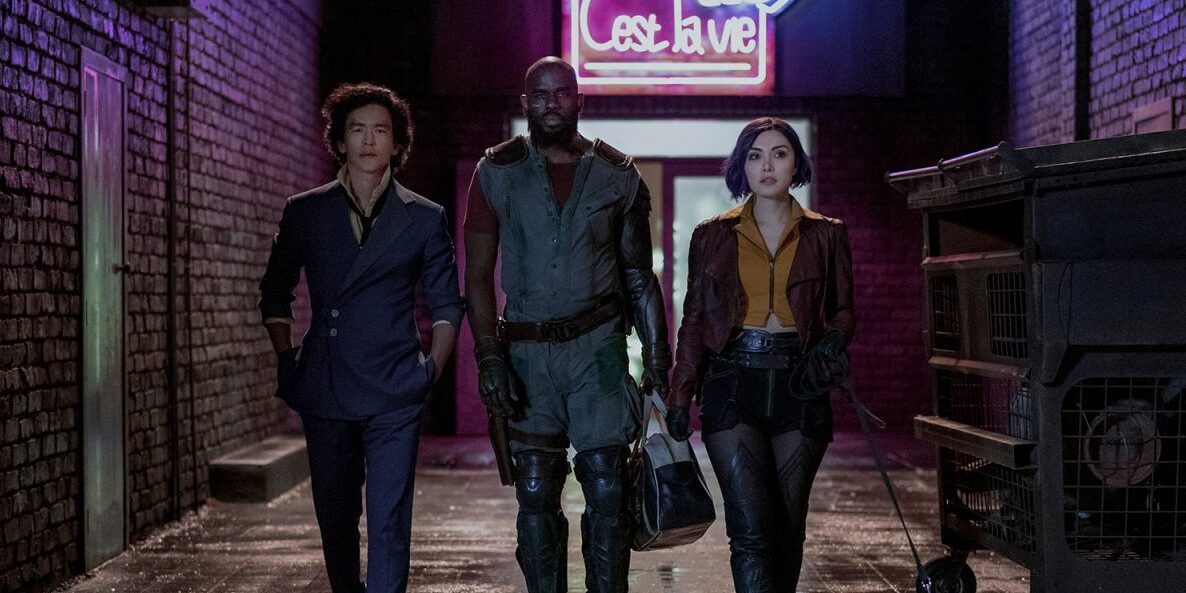 Based on the namesake TV anime (1998-1999) and the 2001 anime film ‘Cowboy Bebop: Knockin’ on Heaven’s Door,’ ‘Cowboy Bebop’ is a sci-fi web series that takes place in 2171. Although Earth has become completely desolate, humanity has established colonies on all the terrestrial planets, natural satellites, and asteroids in the solar system. Spike Spiegel, a man with a mysterious past, and his partner, Jet Black are Cowboys or bounty hunters who use Jet’s spaceship Bebop to track down the solar system’s most violent criminals. They are soon joined by Faye Valentine, a con artist and bounty hunter who has amnesia after waking up from cryogenic sleep.

Following its premiere in November 2021, ‘Cowboy Bebop’ received mixed reviews from the critics and fans of the original anime. But the creator of the neo-noir show, André Nemec, garnered recognition for maintaining the anime’s rompy atmosphere, characterizations, and broad storylines while taking certain liberties to expand the narrative. If you have already watched the first season and want to know if there will be a season 2, we’ve got you covered!

‘Cowboy Bebop’ season 1 premiered on November 19, 2021, on Netflix. It comprises ten 39-52-minute-long episodes. The show was initially set to release in 2020, but John Cho, who portrays the protagonist Spike Spiegel/Fearless in the series, had an accident on set. That, combined with the COVID-19 pandemic, held up the release until late 2021.

As for the sophomore season of ‘Cowboy Bebop,’ here is what we know. Neither the Netflix executives nor the show’s creator has announced the development of the second season yet. However, in a recent interview in November 2021, André Nemec expressed his interest in making another installment of ‘Cowboy Bebop.’ He stated, “If Ted Sarandos [Netflix CEO] comes by, you tell him I got big plans for season two.” Nemec continued, “We definitely know where we want to go, and I’m excited that we get to tell those stories. Fingers crossed that we get more Cowboy Bebop.”

The season 1 finale of the live-action series depicts the events of episode 5 (‘Ballad of Fallen Angels’) of the original anime with certain creative liberties. There are 21 more episodes, an anime film (set between episodes 22 and 23), and an additional “XX” episode. So, there is plenty of content for a potential season 2. The renewal will most likely come down to how much viewership the live-action show ultimately accumulates. If the development is greenlighted in the next few months, fans can expect ‘Cowboy Bebop’ to release sometime in Q1 2023.

Cowboy Bebop Season 2 Cast: Who can be in it?

It is unlikely that Noble, Truong, Xuande, House, and Mokgohloa will return for the prospective season 2 because their characters are dead. However, they may appear in flashback scenes. The rest of the cast will most likely reprise their roles. Additionally, there may be some new faces if the show returns. It remains to be seen who portrays Ed AKA Edward Wong Hau Pepelu Tivrusky IV or Radical Ed. A new actor might also be roped in to essay the role of Vincent Volaju.

Cowboy Bebop Season 2 Plot: What can it be About?

In the season 1 finale, Spike, Faye, and Jet rescue Kimmie, and then Spike goes back to put an end to his feud with Vicious. Spike and Vicious nearly kill each other before Julia shows up. She shoots Spike and takes Vicious captive, gaining control over the Syndicate. Spike survives, but the Bebop crew splits up. Moreover, Faye leaves to search for her biological mother. The season ends as Ed makes her first appearance, demanding Spike’s help on a bounty.

In the prospective season 2, Spike and Ed might embark on a journey together to capture Vincent Volaju, whom Ed refers to as the Butterfly Man. Faye will possibly find out what happened to her biological family. At some point, Vicious may escape from captivity and try to wrench the control of the Syndicate away from Julia.