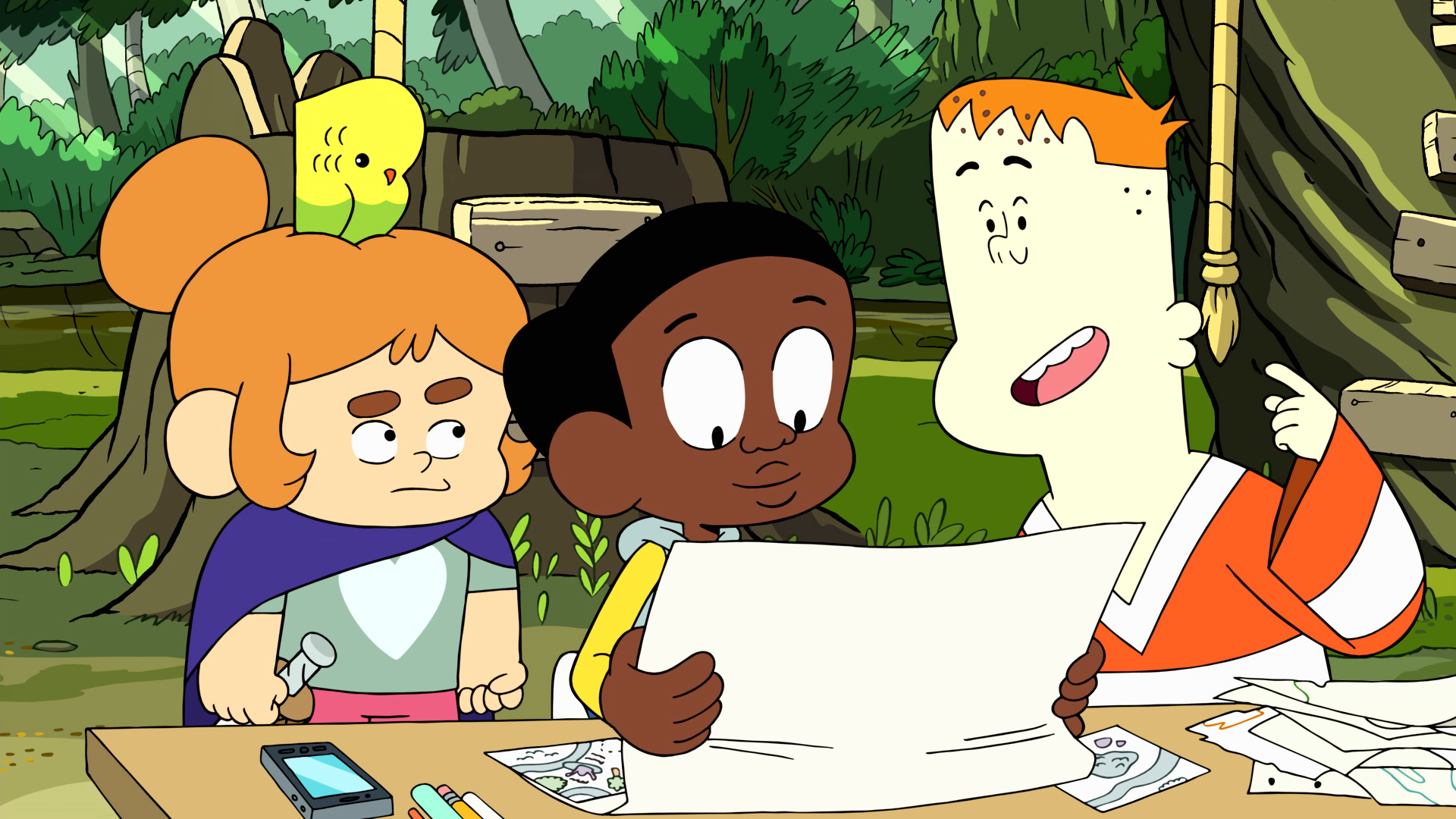 As kids, we would all watch animated movies and shows. Our favorite television channels would only be among Cartoon Network, Pogo, or Disney. And some of our favorites included ‘Tom and Jerry’, ‘Scooby Doo’, and yeah, how can we forget the super girls who were popularly known as the ‘Powerpuff Girls’? Remember getting so fascinated when Scooby Doo would help in finding out the culprit and laughing our hearts out when Jerry would outrun Tom? Well, years have passed by, but we still get very excited whenever we come a across a post about our favorite cartoon character on social media. One such recent animated series that is worth your time is ‘Craig of the Creek’.

Created by Matt Burnett and Ben Levin for Cartoon Network, the show’s pilot episode debuted directly on the official app on December 1, 2017. The series premiered online on February 19, 2018, with a double-premiere event airing on March 30, 2018. It won the ‘Common Sense Media’ Award for the year 2018 and was nominated for the ‘Annie Award’ 2019.

Craig of the Creek Cast: Who’s in it?

Craig of the Creek Plot: What’s it About?

Craig of the Creek follows a naughty yet cute 9-year old kid named Craig Williams who along with his two best friends, named, Kelsey and John Paul, indulge in several little adventures around the creek. This ‘creek’ is described in the series as the kids’ utopia wherein the tribe’s children reign over tree forts and dirt ramp bikes.

The entire story is set in a fictional backdrop of a suburban town named Herkleston. The sole reason for this series to be a hit is because of its super cute yet interesting storyline. Kelsey and John Paul stay and stand by with Craig in all his adventures. Their friendship is something to look upon and learn from. Kelsey is an 8-year old, ginger-haired girl. She always wears her purple cape and has a pet parakeet which she claims as falcon. She loves adventures, reading books, and is sometimes overly dramatic. John Paul, fondly called as J.P., is a 10-year-old Southern accented guy who wears an oversized red hockey jersey. He is prone to getting hurt and dirty.

Apart from Craig’s two best friends, the family includes his father, mother, grandfather, grandmother, younger sister, and an elder brother (the typical family, you see). Craig’s father, named Duane Williams, is shown to be an understanding and loving father who works a personal trainer. Duane likes to play retro video games with Craig and is a fan of PJ’s – bad jokes, we mean! Nicole Williams is Craig’s mother who works as a school counselor and loves her family with all her heart. While Craig’s grandmother, Jojo Williams, was a city council person and civil rights activist back in the 1960’s, her husband, Earl Williams, was more of a fun-loving and adventurous person. Following his grandfather, Craig has inherited his adventurous spirit.

Coming to the cute kid’s siblings. Jessica Williams is a smart and detail-oriented girl who has interest in stock market (we could only think about doing mischief at her age, given the fact that she is younger than Craig). Bernard Williams, Craig’s elder brother, is a no nonsense and snobby guy who doesn’t like to do any sort of adventure (yeah, he is boring). This kid is only bothered about getting good grades in school and studying in an Ivy League college (seriously wondering how someone can be this ambitious at such a small age).

Craig of the Creek Season 3 Release Date: When Will it Premiere?

Now as far as the next season goes, we don’t have an official announcement yet. Though considering the fact that ‘Craig of the Creek’ has become one of staple shows at the network, we would be surprised if it doesn’t get another season. Our best guess is that if the show does get renewed, ‘Craig of the Creek’ Season 3 can release sometime in March 2020. We will update this section as soon as we hear more.

Craig of the Creek Trailer:

Check out the Season 1 trailer below to get an idea about the show if you haven’t seen it yet.