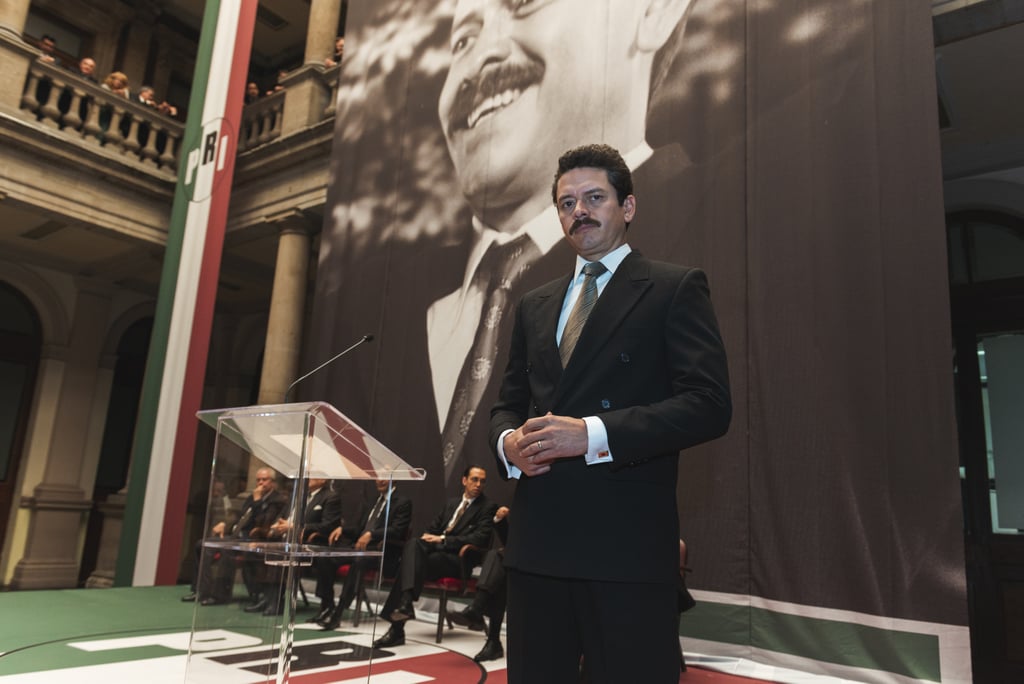 Someone rightly said, “nothing sells like morbidity.” True, indeed! With so many shows and movies on drugs, gangsters and crimes, prostitution, and violence, ruling the entertainment world, TV networks and online platforms are continually striving to bring newer additions in order to meet their viewers’ ever-increasing thirst. And to add to this list, yet another inclusion: Crime Diaries: The Candidate. The show first premiered  on Netflix on March 22, 2019.

So, what is this about? Any guesses? Well, Crime Diaries: The Candidate aka Historia de un crimen, in Spanish, is a show, inspired by real-life events. It deals with shocking murders and controversial crimes — that were committed across various countries — which were important turning points in the history of the world.

Crime Diaries: The Candidate Cast: Who is in it?

This series features Mexican directors Natalia Beristáin and Hiromi Kamata and screenwriter Rodrigo Santos. It is produced by the company Dynamo from South America. It has an ensemble cast, including Martin Altomaro, Ilse Salas, Lisa Owen, Ari Brickman, and Alberto Guerra, along with other actors in recurring roles.

Martin Altomaro is a theater, TV, and movie actor from Mexico while Ilse Salas is a Mexican actress, known mainly for her lead role in Güeros. Mexican writer Lisa Owen is a seasoned actress, whereas actor and composer — Ari Brickman — has featured in notable roles in Sense8, El Chema, and Instructions Not Included. Alberto Guerra — a Cuban actor — has featured in Vale Todo and Emperatriz.

Crime Diaries: The Candidate Plot: What is it about?

Crime Diaries tries to delve deeper into notorious, famous crimes that had left the world in shock and intrigue. Most of these cases are controversial and have missing links that still puzzle investigators. Each installment of this show takes us to a particular country and explores one case — which can be an incident, related to murder, corruption, social destabilization, or impunity. Most of the perpetrators have escaped justice or have never been arrested.

Season 1 of this anthology introduces us to the famous case of the Luis Donaldo Colosio murder. In 1994, while in a campaign rally, Colosio — a beloved presidential candidate — was murdered in cold blood. Although the gunman — Mario Aburto Martínez — was captured and he insisted that he acted alone, there are speculations of whether this assassination was orchestrated by another establishment, which considered the popular candidate a threat. The series tries to answer the questions surrounding the death of Colosio. For example, his autopsy report suggested that Colosio was killed from two shots that were fired from two different weapons. So definitely, there was another killer involved.  Moreover, there was no security when the attacks took place and there were even no records from any surveillance cameras from the State.

The show also documents the quest of his widow — Diana Laura — to find out the truth — in a race against time since she suffered from terminal cancer.

Crime Diaries: The Candidate Season 2 Release Date: When will it premiere?

Crime Diaries: The Candidate Season 1 premiered on March 22, 2019. The first installment of this true-crime franchise comprises eight episodes. All the episodes have been shot in Mexico City and bring to life the 24-year-old Colosio Case. With so many inconsistencies following its investigation.

Season 2 of the show hasn’t been announced yet, but going by Netflix’s proclivity towards foreign language shows, we won’t be surprised if Crime Diaries does get renewed for another season. Though, you have to keep in mind that this is a relatively big production and therefore, it will take some time for the next season to come out. Our best guess is that if the show does get renewed, Crime Diaries The Candidate Season 2 can have a release date sometime in Q4 2020.

You can watch the trailer as well as the full season of the show right here.