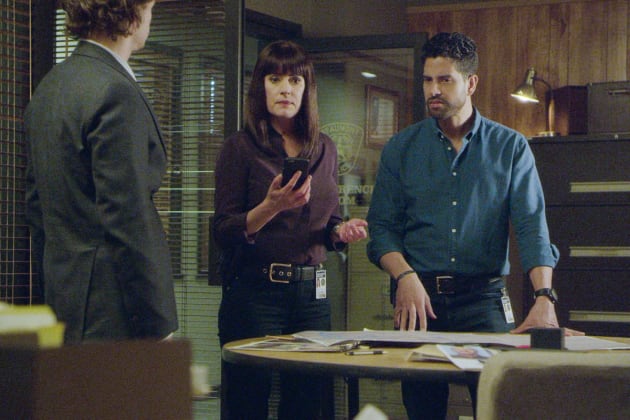 ‘Criminal Minds‘ has had a long and illustrious history, having introduced us to a team of brilliant agents, working for the BAU (Behavioral Analysis Unit) at the FBI. Over the seasons, they have assisted local law enforcement agencies, in profiling and capturing dangerous serial killers.

Currently, in Season 15, the show continues to be as well-loved, simply because the viewers feel like they know the team members personally. As the show is heading towards a close, you might be wondering about what happens in the latest episode. We will not only walk you through that but also tell you about when and where to watch the upcoming episodes.

Criminal Minds Season 15 Finale Release Date: When Does it Premiere?

‘Criminal Minds’ Season 15 returns with two episodes. Episode 9 and Episode 10 will release on Wednesday, February 19, 2020, at 9/8c. Notably, the finale event will run for two hours.

Episode 9 is titled, “Face Off”. We will see Agent Rossi with some new theories about the Chameleon. The BAU team sets out to hunt the deadly killer. Episode 10 is titled “And in the End”. It shows the confrontation between Chameleon and the BAU. Reid suffers a brain injury and is haunted by his past, while a discovery about Chameleon, or Everett Lynch, affects Rossi personally. In the end, they all come together to celebrate Rossi’s retirement.

You can check out the promo of the upcoming episode below, promising immense action, and a nail-biting end to ‘Criminal Minds’.

‘Criminal Minds’ is on CBS, so the easiest way to watch it is with a cable connection. If you don’t have one, you can head to the CBS site, to stream it. Cord cutters can watch it on YouTube TV, Philo, Direct TV, and Fubo TV.

Amazon Prime subscribers can add CBS to their existing plans and stream all the content, including ‘Criminal Minds’. Netflix users can stream up to Season 12 of the show.

The episode starts with a man approaching a prostitute, offering her a new life. She initially refuses, but when he offers $50, she goes with him. The man kills her. Meanwhile, at the BAU, Emily has received an offer to be the director of the FBI. However, she has to keep it confidential for the time being.

JJ and Garcia have one of their heart to hearts, which is interrupted by Emily bringing a new case. A string of murders, with both male and female victims, requires immediate attention from the Bureau. They travel to Texas and get a better idea of the victimology. The females are mainly prostitutes, but the men are wealthy. The killer seems to amputate the females with care, while the male victims are treated roughly.

Through some groundwork and smart profiling, they are able to form a rudimentary understanding of how the killer might be. Garcia assists in providing relevant information about an individual, whose mother lived on the streets, and tried to get child support from the father, but failed. However, the rest of the information is sealed.

Meanwhile, this individual sets his sights on Becky, a bartender. When his advances are rebuffed, he grabs her and takes her to a macabre location. It is a tree where he hangs all the body parts of his victims. Luckily, one of Becky’s guy friends report her missing and tell the agents about the strange man who was rebuffed. The team closes in and finally realizes where the killer might have taken Becky.

David chases the killer and manages to take him down. However, he realizes that he is suffering from PTSD from the time he went after Lynch. On the way back home, Emily tells JJ about the offer, and as the episode ends, we see Lynch is living a good life with a new woman. We already know an epic confrontation is brewing in the final episodes.