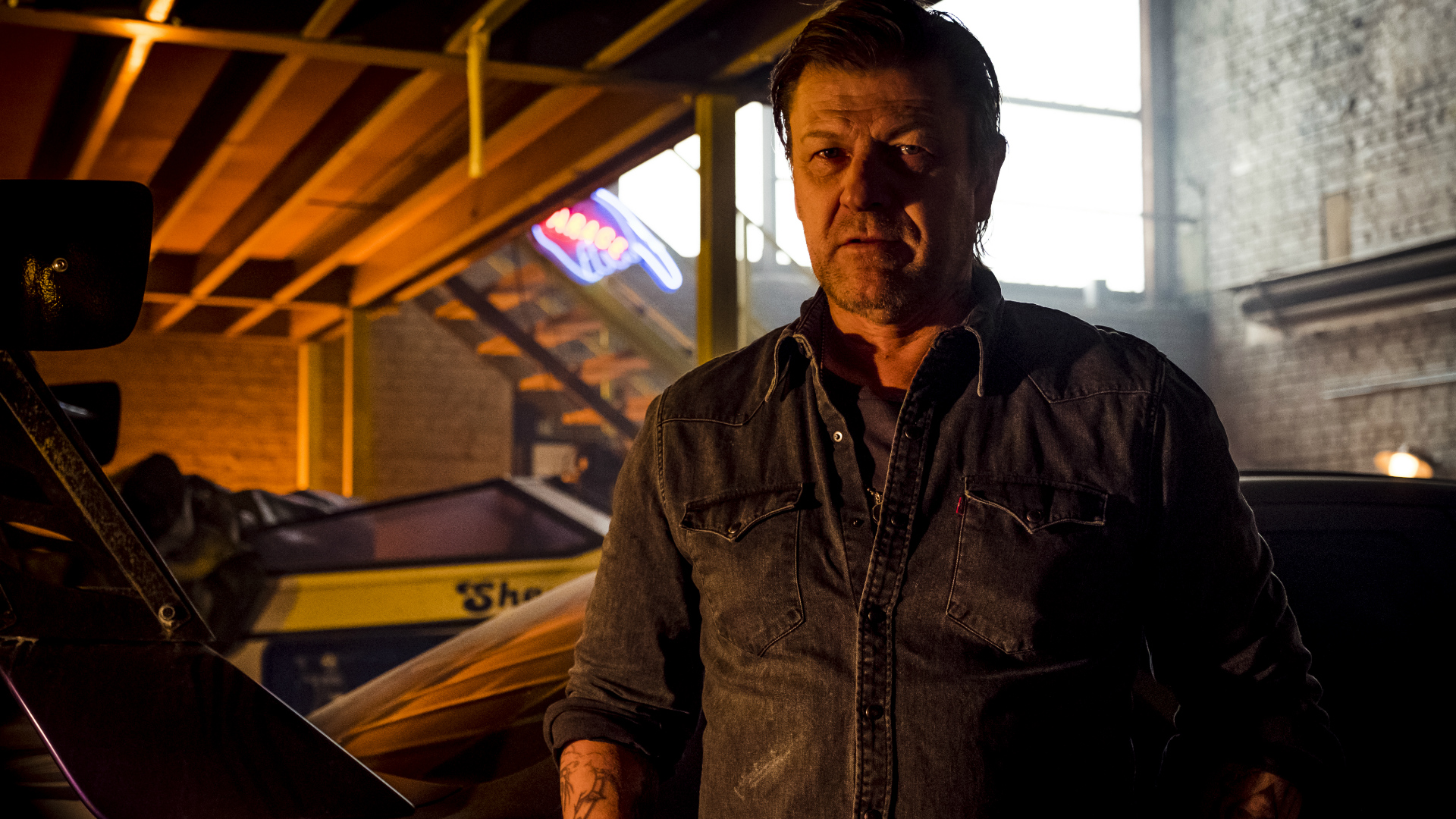 ‘Curfew’, the fast-paced British series, is the ultimate mash-up of all genres intermingling to create the ultimate sundae — with loads of cherries on top. There’s this threat of zombies going haywire at night, leading to a strict curfew, between 7 PM to 7 AM, enforced by a totalitarian government. As an add-on, we also witness a cross-country road race on muscle cars, in which the winner gets the chance to reside in a peaceful island where scientists are conducting research to invent a cure for the undead. So, here it goes. A combo of ‘The Walking Dead‘, ‘Death Race’, and ‘Mad Max’, with hints of ‘The Terminator‘ and ‘The Purge‘. There’s even an evil pharma company that has its own secret agenda. Set in a dystopian future, this intense show is written by Matthew Read and executive produced by Will Gould and Frith Tiplady. Colm McCarthy is the director and Simon Maloney is the producer of the show.

Curfew Cast: Who is in it?

‘Curfew‘ gets its motor running with an ensemble, star-studded cast, led by Sean Bean from ‘Lord of the Rings‘ and ‘Game of Thrones’ fame. He is accompanied by Adam Brody (‘The O.C.’), Billy Zane (‘Titanic’), Adrian Lester (‘Hustle’), and Miranda Richardson (‘Harry Potter‘). Other actors in prominent roles include Rose Williams, Michael Biehn, Aimee-Ffion Edwards, Rosie Fellner, Robert Glenister, Phoebe Fox, and Clive Russel, to name a few.

Curfew Plot: What is it about?

Set in London in the near future, ‘Curfew’ tells the story of a mysterious disease that has infiltrated the country and as a result, the entire populace lives in constant fear. Desperate to contain this spreading viral infection, the government imposes a compulsory curfew. Anybody found on the streets between 7 PM to 7 AM at night are immediately put in quarantine. However, amidst the crisis, there’s a hope for freedom and survival. An illegal and deadly street race that is held once annually. The one who wins is whisked away to a safe island paradise where scientists are attempting to find a cure and stop an apocalyptic disaster. A few fortunate teams are selected to compete in this 1000 km road race and compete against each other to reach the finish line.

As the episodes unravel, we learn that the genesis of this zombie outbreak first began in Scotland. It then quickly spread to the rest of the world. The ones who catch the virus are turned into inhumane savage beings, called ‘mooks’ and these brainless mutated creatures attack anyone at sight — thereby, converting them as well. The ‘mooks’ are extremely strong, tolerant, and fast, and can be killed only by heavy arms fire and head shots. The creatures are also sensitive to ultraviolet light and get burnt when exposed to its rays. Hence, they appear only after the dark hours and hide from sunlight. As a result, the curfew was enforced in order to ensure safety. Additionally, several prominent cities have built impenetrable walls to limit the viral contamination. Moreover, if any non-infected person is bitten by a ‘mook’, he undergoes a painful mutation. In most cases, death is considered a more viable solution.

An high-octane packed, adrenaline-rush-inducing series, “Curfew is a true love letter to genre in every way,” as per Katherine Pope, Head of Spectrum Originals. She also mentioned, “Amidst the highest of stakes and the pulse-racing action, though, there is also a rare combination of humor, heart and hope.” Grounded in more of family drama and emotions, while avoiding too much of bloodbath and gore, ‘Curfew’ is a definite watch for fans of nail-biting action.

Curfew Season 2 Release Date: When will it premiere?

‘Curfew’ season 1 premiered for its UK audience on Sky on February 22, 2019, and concluded on April 12, 2019. The entire run of the season comprises eight episodes, with  a duration of approximately 45 minutes each. It debuted exclusively in the U.S. on Spectrum On Demand on Monday, June 24, 2019. And the good news? All episodes were available this day for free and without ads for Spectrum video subscribers.

So, will Curfew get renewed? Season 1 of the show ends with a brilliant climax. Hence, fans are already raving about another season on social media. One of the actors even took to Twitter to tweet on Curfew’s official account: “Don’t worry, we’ll be back…won’t we?” However, Sky One has not made any official announcement yet and the platform is still to give a green light for a second part. But witnessing its immense positive acceptance among viewers, we are almost sure that the series might actually get commissioned for a sequel. And if that happens, we can expect ‘Curfew’ Season 2 release date to be sometime in February, 2020. We shall update this section with more concrete news as and when we learn more.

While we wait for an update on season 2, below is the official trailer for ‘Curfew’ Season 1. You can check it out to understand what the series is all about. Additionally, if you have not watched the show yet, you can head to their official site to catch up on all its previous episodes.