When Does ‘Cursed Films’ Come Out on Shudder? 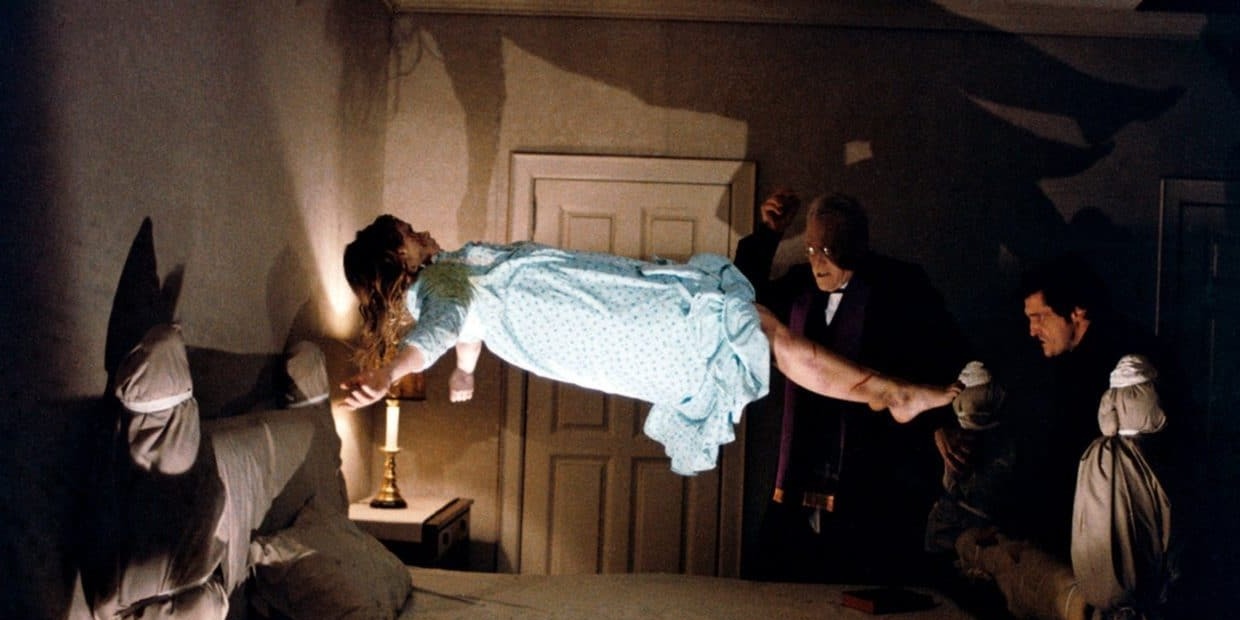 If you are a horror fan, you must know about the urban legends associated with cult horror films like ‘The Exorcist,’ ‘Twilight Zone: The Movie,’ ‘The Omen,’ ‘Poltergeist’ and ‘The Crow.’ While there are other films on the list, the above-mentioned movies hold the shared reputation as one of the most cursed productions in film history. And Shudder’s upcoming horror documentary ‘Cursed Films’ aims to explore the terror tales and stories surrounding the gut-wrenching incidents that occurred while/after filming, by compiling interviews from the directors, actors, witnesses, to the other crew members who have worked on the films.

Was the curse of ‘The Omen’ real? Was the death of the two actors of ‘Poltergeist’ just a coincidence? Was the fatal helicopter crash merely a result of bad luck? The show will try to answer these questions and some more with the help of experts, scholars, and professors. Intrigued much? Well, keep reading to know the release date and other details of ‘Cursed Films’ season 1.

Cursed Films Season 1 Release Date: When Will it Premiere?

The docu-series was selected to premiere at the SXSW festival in March 2020, but unfortunately, the festival got cancelled due to the COVID-19 pandemic.

Cursed Films Cast: Who is in it?

Since it’s a documentary, it features interviews of the people who have witnessed the events or been a part of the production process of the classic horror films. The creator Jay Cheel interviews Richard Donner, director of ‘The Omen;’ producer Mace Neufeld; Michael Shermer, publisher of Skeptic Magazine; Phil Nobile Jr., editor-in-chief of Fangoria; Gary Sherman, director of ‘Poltergeist III;’ and Craig Reardon, special makeup effects artist of ‘Poltergeist.’

Along with the interviews, the series makes use of the behind-the-scenes footage of the star-cast of the film, including late actors like Heather O’Rourke, Dominique Dunne, Vic Morrow and child actors Myca Dinh Le and Renee Shin-Yi Chen.

Cursed Films Plot: What is it About?

‘Cursed Films’ throws light on the mysterious occurrences that transpired during and after the filming of various movies, some of which resulted in tragic deaths. By interviewing the directors, producers, cast, and crew members of the “cursed” films, the docu-series helps to provide more insights, to help the viewers understand the incidents better.

The series tries to humanize the unfortunate incidents instead of sensationalizing them. It also talks about how the unexpected passing of Heather O’Rourke, Dominique Dunne, Brandon Lee, Vic Morrow, shook the film industry and led to a fan and media uproar, controversies, overemphasized speculations, embellishment of details, the role of superstitions and rumors, among other things. Horror enthusiasts discuss the impact of the events on the pop culture fanatics. At the same time, religious scholars and black magic researchers paint a clear picture of the involvement of God and Satan into the tragedies.

Check out the trailer for ‘Cursed Films’ season 1!