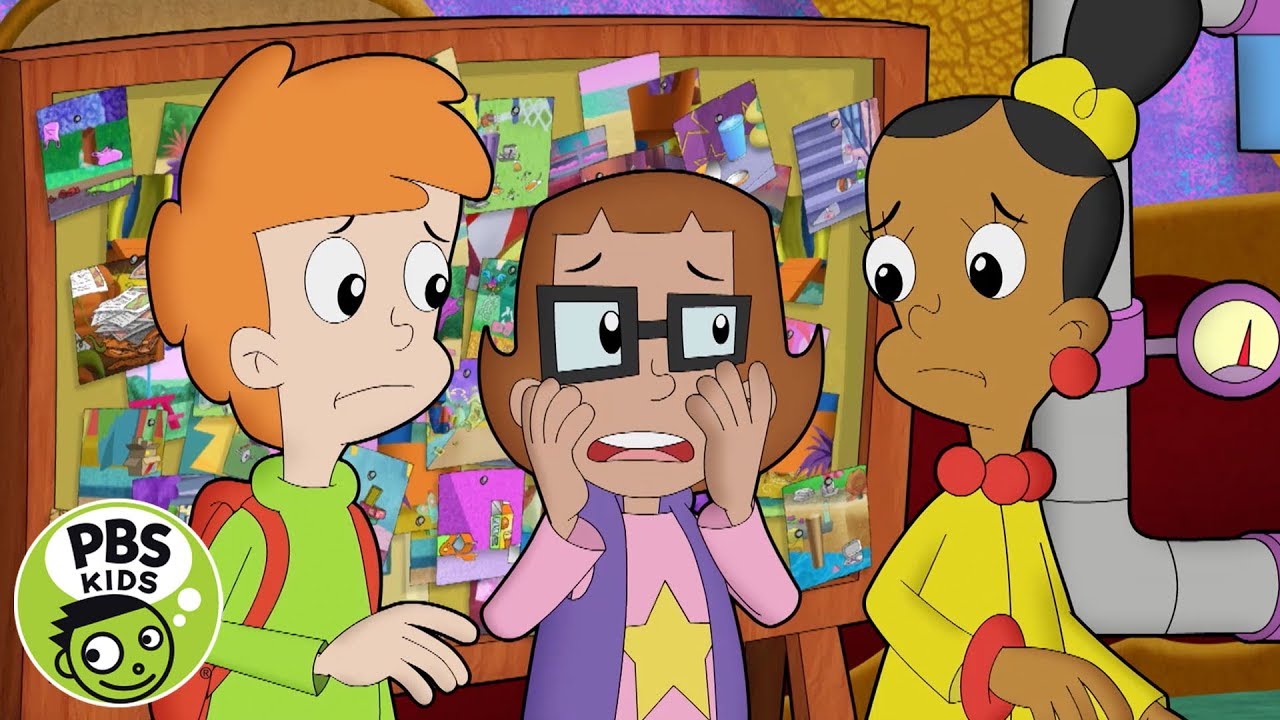 The animated series Cyberchase first premiered on January 21, 2002, on PBS kids. The series is a Canadian-American production. Sandra Sheppard, Kristin Laskas Martin, and Michael Hirsh are executive producers on the show. Sheppard has previously served as executive producer for shows like Oh Noah and Artopia. Martin is known for writing episodes of The Magic School Bus. Hirsh is a prominent figure in the Canadian TV industry and has a long-spanning career in children’s TV shows. Some of his credits are Clone High, Franklin, Rolie Polie Olie, Johnny Test, Arthur.

Since this is an animated show, all the actors are in voice-over roles. The main characters of the show – Matt, Inez, Hacker and Delete are voiced by Jacquelin Pillon, Annick Obonsawin, Christopher Lloyd and Rob Tinkler respectively. Jacquelin Pillon is a Canadian actress who is best known for playing (voice-role) Cookie Falcone in the adult animated sitcom Fugget About It.

Inez, the nine-year-old Latin American girl who often gets teased for her talkative nature, is played by Annick Obonsawin. The Canadian actress Obonsawin is known for voice roles in TV shows like Committed and Erky Perky.

Christopher Lloyd, the voice behind Hacker, is a popular face in the entertainment industry. He is a veteran actor who started out with One Flew Over the Cuckoo’s Nest and went on to play important roles in numerous movies and provide voiceovers in shows like The Grim Adventures of Billy & Mandy and King of the Hill.

Buzz, a cyborg who works as a henchman for Hacker, has been voiced by Len Carlson (2002-06) and is currently voiced by Phil Williams. The character of Delete who is referred to as DeeDee is voiced by Rob Tinkler. The Canadian actor’s best-known works are Almost Naked Animals and Beyblade Metal Fusion. He also voiced the character Buddy in the animated feature The Nut Job.

Motherboard, the all-loving and affectionate ruler of the Cyberspace (the place where the show’s plot is set), is voiced by Kristina Nicoll. She is equivalent to a mainframe system in the Cyberchase world. The show also has had a number of guest stars since its inception. Some of the stars who have starred in the show as minor characters are Jasmine Guy, Tony Hawk, and Al Roker.

Cyberchase Plot: What is it about?

The plot of the show is set in a fictional world known as Cyberspace. It is inhabited by loads of people and is ruled by a supreme leader known as Motherboard. All the inhabitants live peacefully, and among them, the main characters are three kids Jackie, Matt and Inez. The plot takes a twist when the Hacker gains access to Motherboard by exploiting a mistake made by the kids. The Hacker who is the primary antagonist of the series was created by Dr Marbles, Motherboard’s technician computer scientist. The Hacker started showing hostility towards Motherboard and exploited a library map to infect the supreme leader with a virus.

The Hacker did so because he was bent on revenge since Dr Marbles removed his battery charge and exiled him to the Northern Frontier. Hence, the sinister Hacker started a meticulous plan to get revenge and gain control of the whole Cyberspace. It is up to the three kids Jackie, Matt and Inez who are popularly known as the Cybersquad, to find a way to cure Motherboard and prevent the impending doom caused by Hacker.

The entire setting that Cyberchase is based on is very diverse with numerous bodies existing within, called Cyber sites. These Cyber sites are built around themes like Ancient Egypt, the American Old West and Greek mythology. The Cyberspace even has its own Hollywood equivalent known as Gollywood. Since the society portrayed in the show is scientifically advanced, they have also achieved a 100% sustainable ecosystem.

As the Motherboard loses its source of power, Hacker heads to disarming Control Central with the Cybersquad closely at his heels looking to prevent the disaster. With dangers always around the corner, Jackie, Matt and Inez must always stay ahead of their rivals.

Cyberchase Season 13 Release Date: When will it premiere?

The show is one of the best rated shows on PBS Kids, so we expect it to be renewed and Cyberchase season 13 to premiere sometime in the fall of 2020. However, CBS Kids is yet to give an official confirmation. Stay tuned!

Check out the trailer for season 12 below.