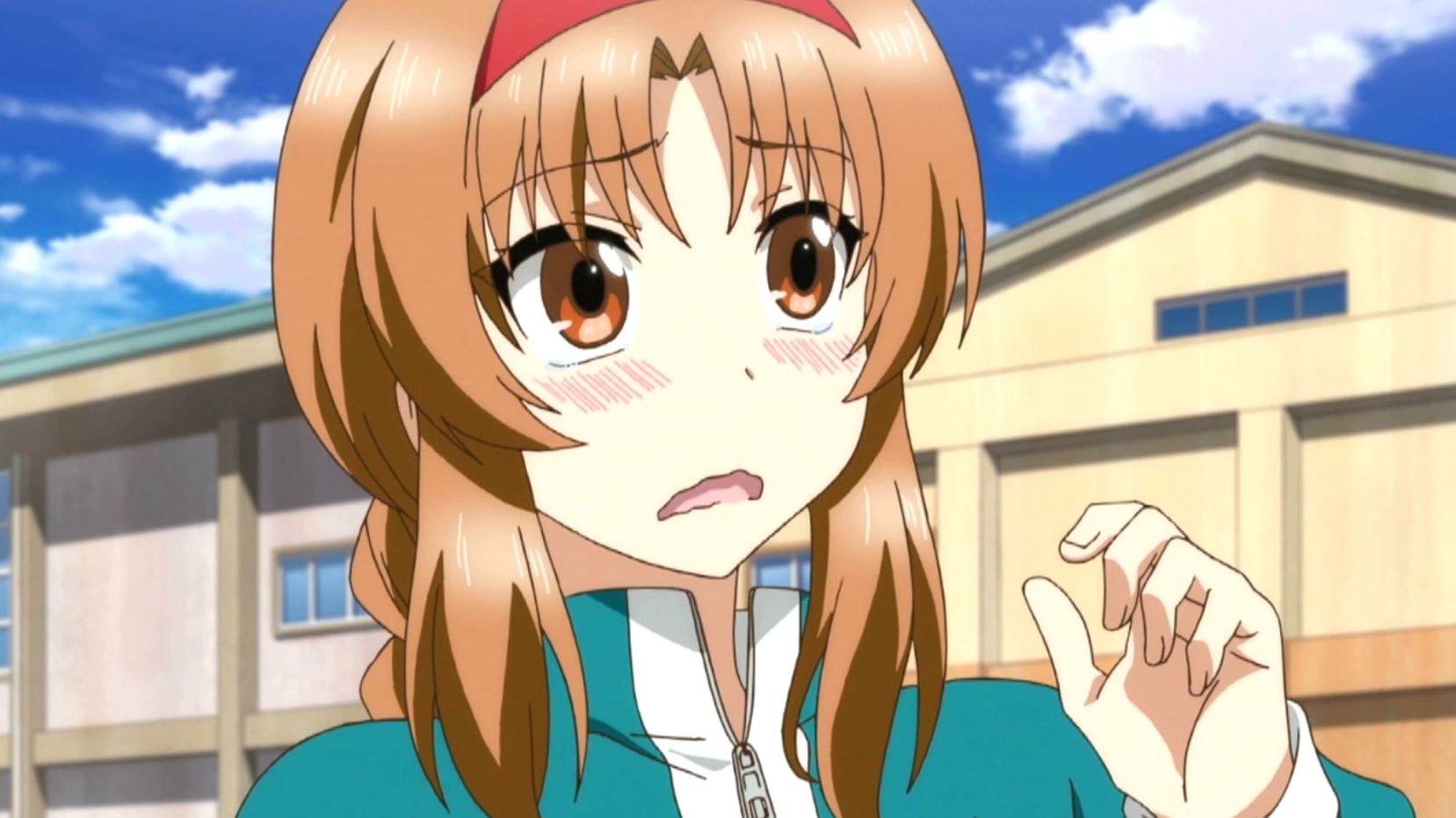 ‘D-Frag’ is the kind of show that is riddled with constant cliches but somehow it makes you sit through its 12 episodes. Like most other slapstick comedy shows, it does not have a story and solely relies on silly situations. But what really complicates its story is the fact that it actually deals with three different themes, which include a school club anime setup like ‘Haganai‘, an underlying battle manga trope like ‘Naruto‘ and a high school rom-com setup like ‘Ouran High School Host Club‘. It’s really impressive how it manages to juggle with the three themes and is somehow able to perfectly execute a balanced combination of all three. Honestly, there is nothing special about it, but in this case, it’s the situational comedy that proves to be satisfying. It’s really hard to explain why a show that lacks a story is fun to watch, but to put it simply, let’s just say that it packs so much fun in it that you don’t really need a story to make it entertaining.

Most anime shows of the comedy genre fail to impress, except for a few shows like ‘Gintama‘. Even ‘D-Frag’ at times fails to come up with a decent comedic landing but for the most part, it does get inside the strike zone. Comedy in most anime shows is heavily dependent on different ridiculous situations and at the end of the day, it all comes down to which one of these ridiculous situations are actually amusing to you. ‘D-Frag’ is definitely not the kind of anime that will bring out some audible laughs out of you for its entire runtime but it surely has some “funny enough” gags that will not make you regret that you watched it. And though it lacks a well-defined storyline, it does have a proper sequence that shifts it from one scene to another.

Do anime shows like these need extraordinarily artistic visuals? I don’t think so. This is the reason why despite knowing Brain’s Base Studio’s true potential with anime like ‘Toradora!‘, the blandness in the animation of this series did not disappoint me. It is decent enough to portray what it’s trying to convey and the funny goofy character designs are good enough to reflect their unique personalities.

Overall, ‘D-Frag’ is definitely not for someone who is looking for character development and deep plot points that are together woven up to make a meaningful story. It’s for the people who want to enjoy a comedy anime that is actually fun and does not force itself into being a part of the genre. It is not one of your typical fickle themed comedy shows where humor becomes subjective. So for a while, just leave all your common sense behind and enjoy what this one has to offer. It has a very short runtime of just 12 episodes, so even if you end up not enjoying it as much as most viewers, you still won’t be wasting too much of your time.

D-Frag! Season 2 Release Date: When will it premiere?

‘D-Frag!’ season 1 premiered on January 7, 2014 and went on till March 25, 2015, featuring a total of 12 episodes. Season 2 is something that many fans look forward to and the good news for these fans is that there is a lot of source material left for the anime to cover. But one thing that’s against the release of a new season is the fact that the sales of the first season were not all that great and that’s probably the reason why we still haven’t heard much about it. So as of now, it all comes down to the decision of the creators and also the Studio. We can’t really expect anything in 2019 because Brain’s Studio already has a lot of projects lined up for the year. But hopefully, we might hear some positive news about ‘D-Frag’ season 2 release date by the end of 2020.

Unlike other genres like Mecha and Shounen, comedy anime heavily rely on their dialogues to create funny situations that entertain the audience. While the original versions of the anime may be really funny, it is very easy to go wrong with the dubbing side of it and this can completely ruin the show. Thankfully, this is not the case with ‘D-Frag’, as you can find a really good dubbed version of the anime on Funimation and Amazon Prime.

Kenji Kazama is the leader of the Kazama family gang that consists of three wannabe delinquents who wish to rule the Fujou Academy someday. On the first day of the term, the gang discovers a fire in the Game Development Room and all three of them set out to put it off. But their intentions are misunderstood and instead of being thankful, the girls of the club start beating them up. Kenji’s two friends are knocked out while he barely manages to survive the attack. He is then forced to join the Game Development Club.

Once he is a member of the club, he comes to know that four girls are responsible for his forced recruitment — the president of the club, Chitose Karasuyama; a tomboyish girl named Sakura Mizukami; the naive club advisor of the group, Minami Oosawa; and the popular leader of the school, Roka Shibasaki. Initially, he makes several attempts to somehow leave the club but with time, he realizes that being a part of the Game Development Club is not all that bad. He soon learns to adapt to the presence of all the members of the club and also starts to have a really good time with all the club activities. 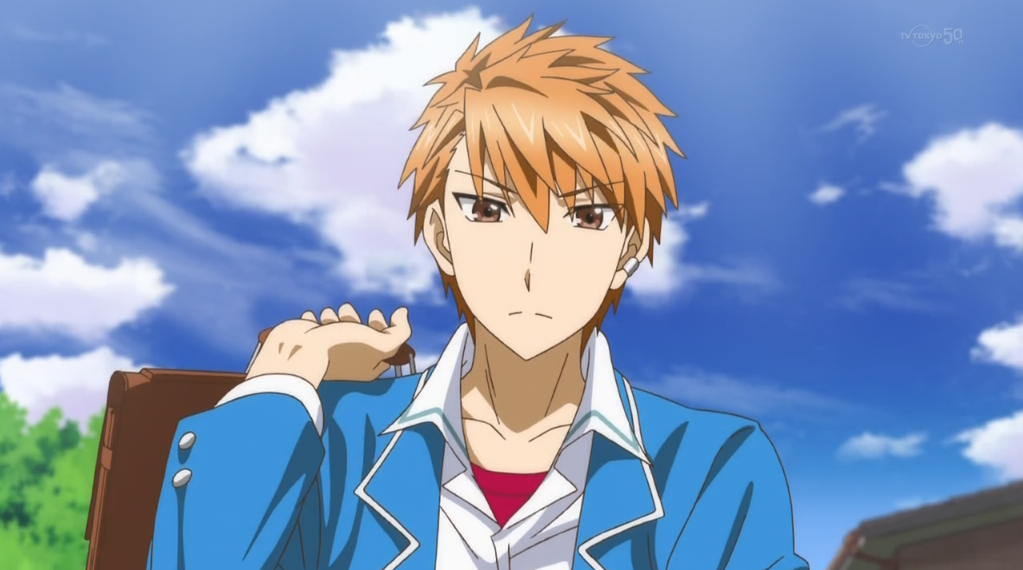 Kenji Kazama is a second-year student at the Fujou High School. He has his own gang called the Kazama family and unlike the other members of his gang, he has no special abilities apart from his super spiky hair. He leads the gang and wishes to rule the entire school someday but later he is somehow forced into joining the Game Development Club of the school. Though he is a loud delinquent who is feared by most other students of the school, he still has a kind side to his personality that is willing to help anyone who is in need. He wishes to be the strongest person in school someday but never really gets to it because all the girls of the school are actually stronger than him. 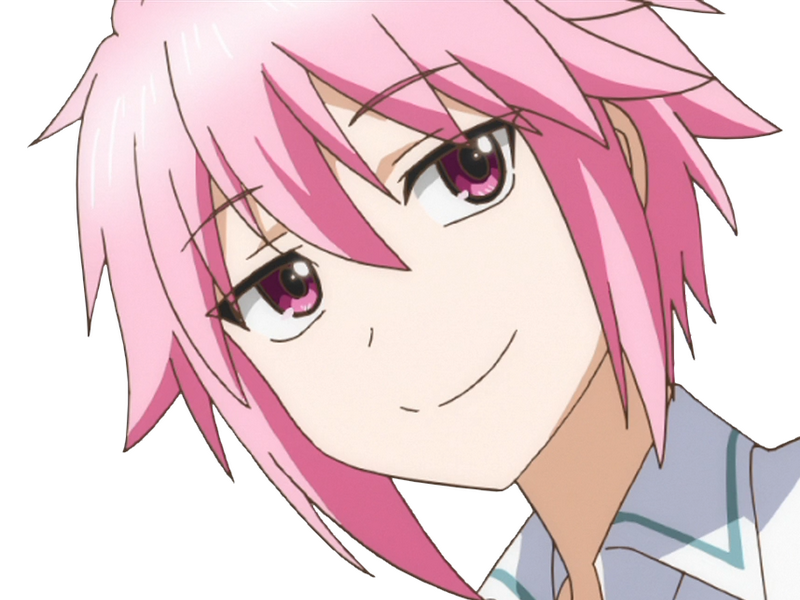 Sakura is a first-year student at the Kojou Academy who is also a member of the Game Development Club. She calls Kenji her elder brother, despite his denial. Her core element type is water and she has the ability to use it as a weapon during combat. She carries a water bottle with her at all times and during combat, she either pours the water down her hands to use it or she forces the water down her enemy’s throat. She has a slender athletic build with messy pink hair and purple eyes. Most of the times, she is quite laid back and is also really skilled at pretty much everything she tries to do. 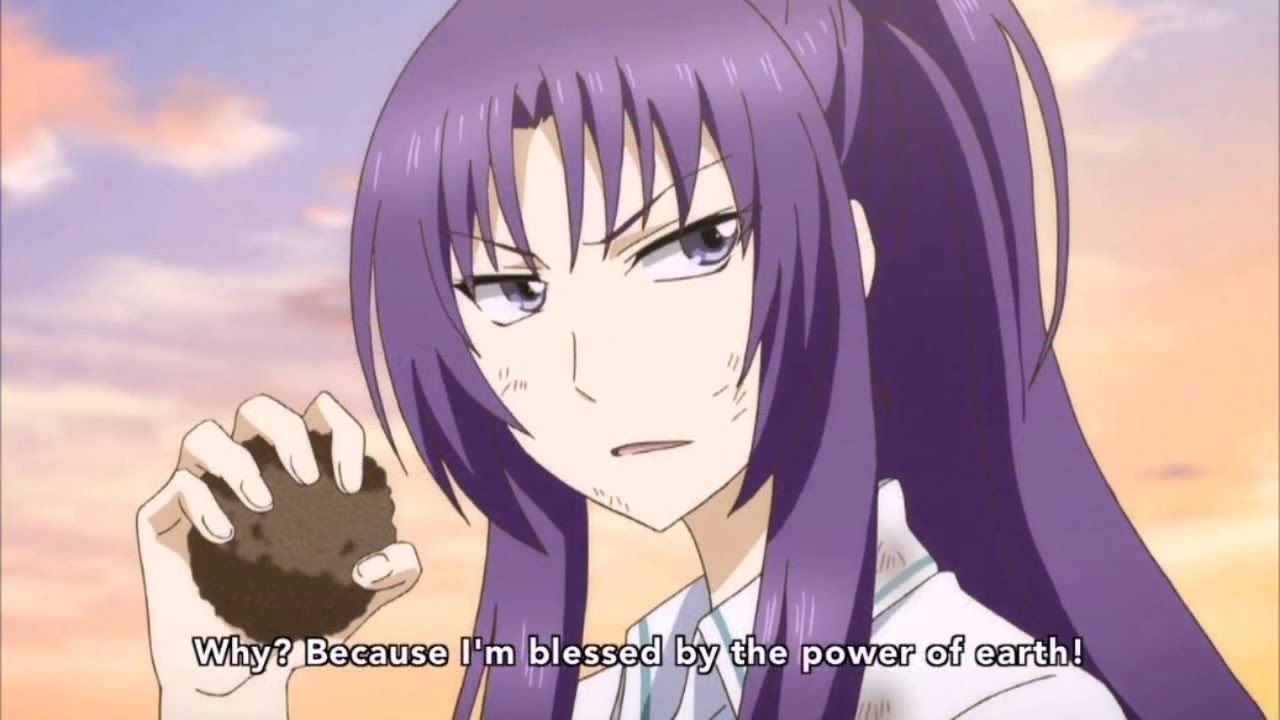 Chitose is a second-year student at the Academy and is also the 15th Student Council President. She is Roka’s best friend and everyone at the school bows down to her, including the teachers. Along with Roka, she joined the Game Development Club. Her element is Earth and her form of combat involves punching her enemies with sand in her hands and also throwing dirt at her opponents. 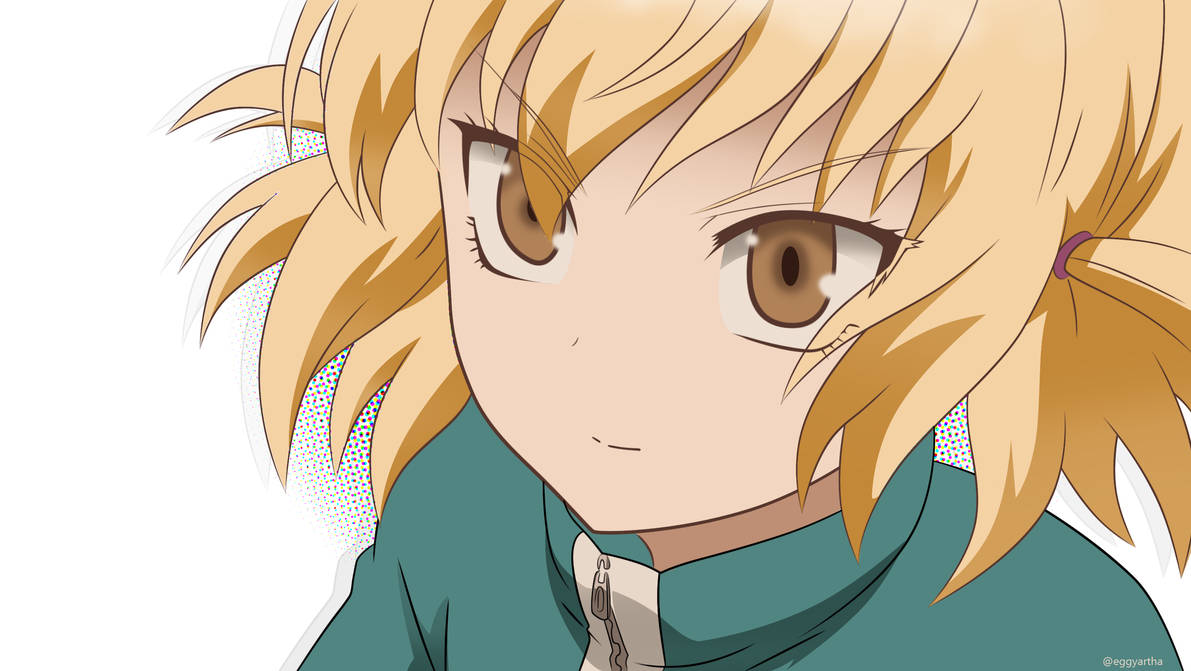 Roka is a second-year student at the high-school and is also the president of the club. She has been friends with Chitose since childhood and is willing to do anything for her. She is very petite in stature but is actually one of the strongest known people in the entire school. Her element is darkness and her combat style involves bagging people’s faces so that they can see nothing but darkness.