Dad Stop Embarrassing Me! Season 2: Everything We Know 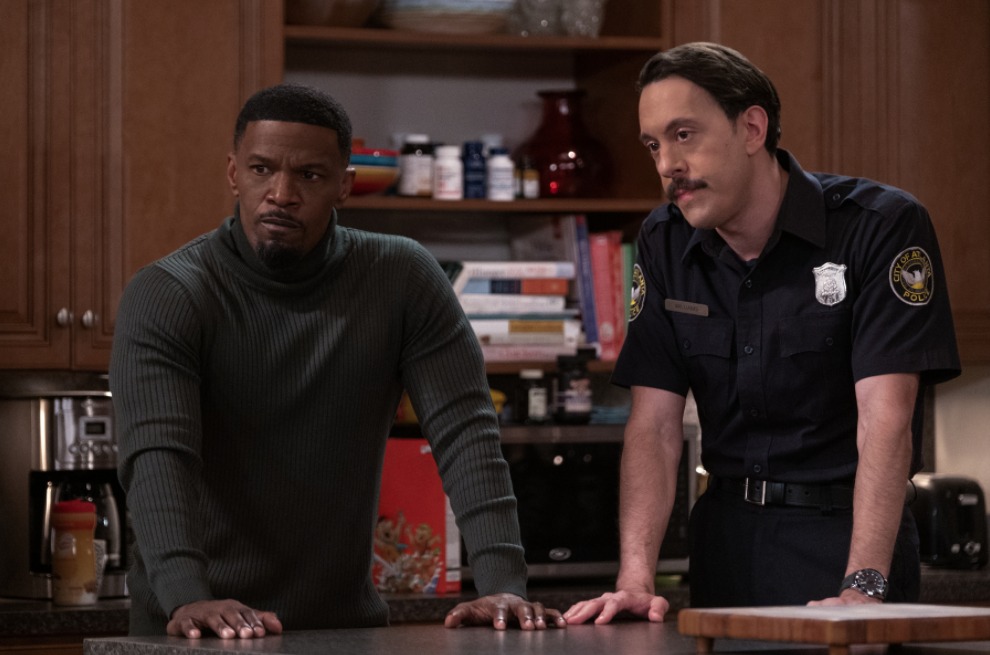 ‘Dad Stop Embarrassing Me!’ is a Netflix family sitcom starring Oscar winner Jamie Foxx who also serves as the co-executive producer. Inspired by the star’s relationship with his daughter Corinne, the show follows the lives of the father-daughter duo Brian and Sasha Dixon as they strive to adjust to the passing of the matriarch of the Dixon family. It showcases how the single father tries to juggle his dating and professional life, all the while extending his duties towards his young daughter.

While attempting to be there for his daughter, Brian often finds himself in embarrassing situations, much to Sasha’s chagrin. The first season just begins to scratch the surface of the Dixon family’s quirks, and fans are impatient to see more of Jamie Foxx’s newest TV family. The fact that it gives audiences a glimpse into the actor’s relationship with his daughter during her teen years adds to the anticipation. If you’re eager to know about ‘Dad Stop Embarrassing Me!’ season 2, you’ve come to the right place.

‘Dad Stop Embarrassing Me!’ season 1 was released on April 14, 2021. All 8 episodes, each with a runtime of roughly 25 minutes, were released simultaneously on the online streaming platform Netflix.

As far as season 2 is concerned, here’s what we know. In an interview in April 2021, Jamie mentioned how Netflix gave them the freedom to make the show how they wanted and that he was excited to take the show forward. He went on to say that he had his fingers crossed and that he had promised co-star David Alan Grier that the project had the potential for “great dividends” if it took off and went past the initial eight episodes.

The online streaming giant, in recent years, has reportedly had trouble with their multi-camera sitcoms like this one, with shows like ‘Ashley Garcia: Genius in Love’ getting the ax in 2020. Other multi-camera shows like ‘The Ranch’ and ‘Alexa and Katie’ have also been discontinued after a few seasons. It is unclear whether this is because Netflix is stepping away from the multi-camera format or is just waiting until they find the right one to snap up. Additionally, the repercussions of the Corona pandemic on these kinds of shows have been dire given the live studio audience they are generally filmed in front of.

Foxx’s other shows – ‘The Jamie Foxx Show’ and ‘In Living Color,’ both ran for five seasons. Considering how ‘Dad Stop Embarrassing Me!’ features some of the same cast and crew members back for their newest offering, there is a high chance of it meeting Netflix’s viewership standards and getting greenlit for another season. Given the production time generally required for such shows and taking into account the delay due to COVID-19, if renewed for another season, we can expect ‘Dad Stop Embarrassing Me!’ season 2 to release sometime in Spring 2022.

Dad Stop Embarrassing Me! Cast: Who can be in it?

Considering the sitcom is based around the Dixon family, we can expect most if not all of the regular cast members to return for the next season, with Jamie Foxx stepping into the shoes of the father and protagonist Brian Dixon, who is a cosmetics brand owner. Funnyman David Alan Grier, one of the highlights of the show, will also most likely return as Brian’s father, Pops Dixon, as will Kyla-Drew, who portrays Brian’s daughter Sasha.

Porscha Coleman, who essays the role of Brian’s sister Chelsea, and actor-comedian Jonathan Kite, who appears as Brian’s childhood friend Johnny are also expected to return for the second season. Valente Rodriguez and Heather Hemmens, who appear in almost all episodes, will also possibly return to play Manny and Stacy Collins, respectively. Apart from appearing as Brian, Jamie Foxx will also reprise the quirky characters of Rev. Sweet Tee, Cadillac Calvin, and Rusty in the potential second season.

Dad Stop Embarrassing Me! Plot: What can it be About?

‘Dad Stop Embarrassing Me!’ season 1 introduces the Dixon family through the perspective of Sasha, Brian Dixon’s strong-minded teenage daughter who has recently moved from Chicago to Atlanta to live with her father. Other members from his side of the family, including his sister Chelsea and father Pops Dixon, also hang out with the family from time to time. Sasha is also good friends with Zia, who is Brian’s childhood friend Johnny’s daughter.

Season 2 promises to deliver more of the eccentric yet heartwarming family arguments and reconciliations that we see in season 1, especially between Brian and his daughter Sasha. This is the main arc of the show and is inspired by Jamie Foxx’s relationship with his daughter Corinne Foxx. As a father and teenage daughter, there are countless issues for Brian and Sasha to collide on, if the show is renewed for another season.

In the potential second season, we can expect to see more arguments between the two about Sasha’s boyfriends, her demands to learn to drive and go to parties, and many others, as well as the many eccentric fatherly responses doled out by Brian. We can also be sure to see the multi-talented comedian Jamie Foxx portray a variety of quirky new characters in the show’s environment, along with his rendition of the flamboyant Pastor Sweet Tee.

Read More: Is Dad Stop Embarrassing Me Based on Jamie Foxx’s Real Life?