Where to Stream Daddy’s Home? 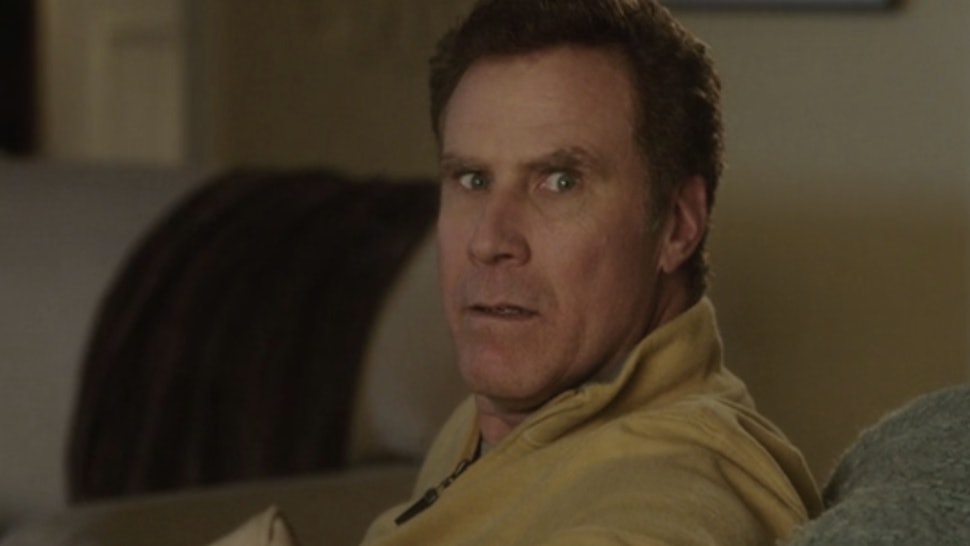 Being the perfect father is not an easy task. Fatherhood brings its own share of problems as dads have to balance taking care of kids and maintaining a loving relationship with their wives. ‘Daddy’s Home’ offers a look at fatherhood like never before. It revolves around a mild-mannered stepfather who has to fight for his wife’s attention when the biological father of her kids shows up.

‘Daddy’s Home’ marks the second collaboration between Will Ferrell and Mark Wahlberg, following ‘The Other Guys’. Upon release, the film did phenomenally well, becoming Ferrell’s highest-grossing live-action movie. It has also resulted in a sequel titled ‘Daddy’s Home 2’. Now you must be wondering where you can stream the film. We are here to tell you that, but first, let us walk you through the plot of the movie.

What is Daddy’s Home About?

‘Daddy’s Home’ tells the story of Brad Whitaker, a radio executive, who tries hard to be a good husband to his wife, Sara, and a good stepfather to Sara’s kids, Dylan and Megan. Brad appears to be sterile after an accident. Over time, the children begin to grow closer to their stepfather with Dylan confiding that someone at school has been picking on him, while Megan invites Brad to the father-daughter dance. One night. Dusty, the biological father, calls Sara and when he finds out about her marriage to Brad, he shows up the next day. Although Sara is hesitant to let Dusty in, Brad convinces her that the kids should see their father and stepfather have a healthy relationship.

However, when Dusty arrives, Brad is intimidated by the muscular man and how charming he can be with the kids. Dusty convinces Brad to let him stay although it becomes quickly evident that the man plans on driving Brad out of his life. He begins to help the kids, building a treehouse for Dylan, getting the kids a dog and making Brad out to be a racist. Dusty also takes the couple to a fertility clinic, hoping that Brad’s infertility will be enough to drive Sara to him. However, the clinic’s results show that Brad’s sperm count has increased. Moreover, Brad and Dusty teach Dylan some self-defense lessons so that he is not bullied in school anymore. Despite appearing to be friends, Dusty soon makes it clear that he intends to be with Sara and wants Brad out of the picture.

Brad tries to be the better father by splurging money on Christmas presents including a pony and $18,000 basketball tickets. However, Dusty still comes out as the cooler dad since he turns out to be friends with the coach of Dylan’s favorite team. Brad sees no way out and begins drinking, leading to him embarrassing himself during the game. He also moves out of his home and stays at his office, depressed. During this time, Dusty finds himself overwhelmed with the responsibilities of being a father and decides to leave on the day of Megan’s dance. Brad’s friend also convinces him to fight for his family. Brad then meets Dusty at a bar and gets him to return. The two have a heart to heart chat about what it means to be a father and how Brad enjoys doing things for the kids. Finally, he convinces Dusty to go to the dance, where a situation with Dylan escalates before Dusty calms it down. Soon, he becomes a good co-dad.

Towards the end of the movie, we see that Dusty is living a happy life of his own and has become successful. He is also a part of his kids’ lives and has a good relationship with Brad. However, the woman he marries intimidates his ex-wife and already has a daughter of her own. Dusty gets a taste of being a stepfather and funnily enough, now knows what it feels like to be in Brad’s shoes when his wife’s ex-husband (played by John Cena) shows up.

Is Daddy’s Home on Netflix?

Netflix has an amazing collection of movies and television shows that sets the platform apart as a premier content provider. While ‘Daddy’s Home’ is not on the platform, you can enjoy another wonderful comedy movie titled ‘Superbad‘. It shows two co-dependent high school students who have to deal with separation anxiety when their plans for a booze party goes wrong.

Is Daddy’s Home on Hulu?

Hulu has a fantastic collection of movies and television shows and the platform keeps making smart additions to it in order to stay ahead of competitors and also to cater to the diverse tastes of the viewers. While ‘Daddy’s Home’ is not on the platform, subscribers need not feel bad. You can check out the sequel to the movie, ‘Daddy’s Home 2‘ on the platform.

Is Daddy’s Home on Amazon Prime?

Where Can I Stream Daddy’s Home Online?

No subscriptions to the major platforms? No worries. You can still stream and watch ‘Daddy’s Home’. Just head over to FX Now or Fubo TV and you can stream the movie.

Can I Stream Daddy’s Home Online For Free?

Freeloaders are in luck since you can use the free trial period offered by Fubo TV in order to stream and watch ‘Daddy’s Home’. It is just one movie, so you should be done before the trial period is over. However, we urge our readers to pay for all the art they consume.