Will There be a Dallas And Robo Season 2? 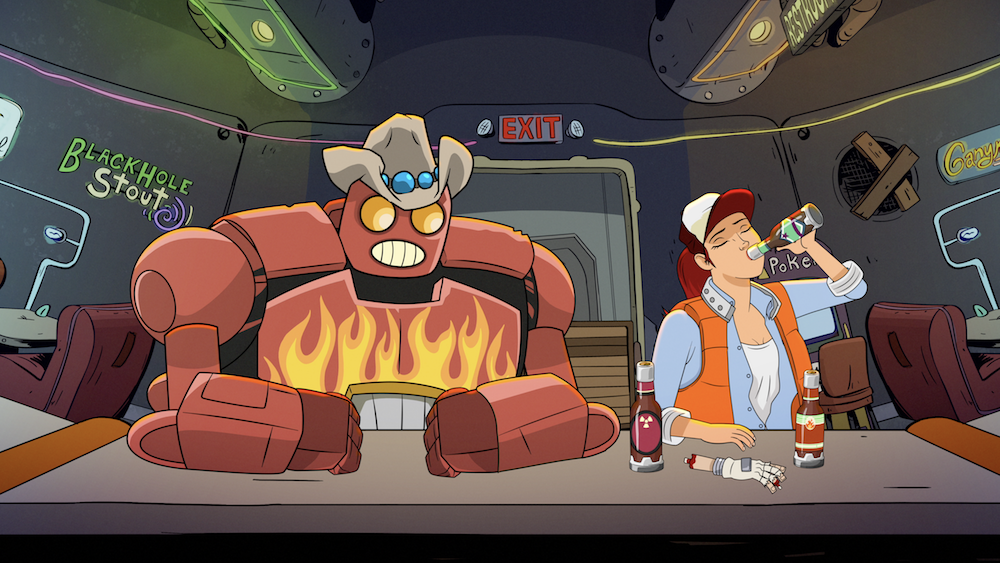 ‘Dallas and Robo’ is one of YouTube Premium’s top-performing shows that eventually made its way to television on SyFy. Heavily inspired by Matt Groening’s ‘Futurama’ and bringing in familiar tropes from ‘Fast and Furious’, this complex, charming adult animated series boasts a star-studded cast. The story follows the multiple misadventures of two best friends and dysfunctional space truckers as they navigate their way around the seedy world of interplanetary big-rigging. When the YouTube original dropped on American tv, we could not help but wonder if it is competent enough to spawn a follow-up. Let’s see.

‘Dallas and Robo’ season 1 premiered on August 8, 2020, on SyFy‘s late-night programming block TZGZ at midnight ET. Episodes are also available on Syfy On Demand. Previously, it had dropped all of its eight half-hour episodes on May 30, 2018, on YouTube Premium. When season 1 wrapped up, it did a fine job in closing the central storyline. But this does not mean that the show is a one-off. The creators can come up with multiple plots to keep the series going. Now that it has made its way to television, and managed to garner nationwide acclaim, the scope for a second edition is higher! We are highly optimistic about getting an update on a renewal soon. Whenever that happens, we can expect ‘Dallas and Robo’ season 2 to release sometime in Summer 2021.

Dallas And Robo Season 2 Cast: Who Can be in it?

Leading the voiceover cast in the titular roles are John Cena as Robo (a sentient robot) and Kat Dennings as Dallas Moonshiner (a sassy space-trucker). Joining them is Stephen Root as Uncle Danny Moonshiner (the duo’s boss), Tim Blake Nelson as The Woodsman aka Woody, Milana Vayntrub as Ellie Moonshiner (Woody’s daughter), and Dana Snyder as Fat Paul. In season two, Cena and Dennings will obviously reprise their respective voiceover characters. We additionally expect the rest of the lead voice cast to make comebacks as well.

Dallas And Robo Season 2 Plot: What Can it be About?

Former drag racer, Dallas, and her AI partner Robo are space truckers who travel the cosmos. When navigating through an interplanetary route, they tackle some cannibalistic bikers and get their truck stolen. As the duo struggles to get their vehicle back, Dallas is kidnapped. But she manages to escape Phobos and arrives on Mars. Dallas and Robo defeat the villains and sort out their differences, following multiple mishaps, some time travel, and a couple of deaths. The season ends with Dallas and Robo receiving a reward for their actions and they plan to invest the cash in Moonshiner Trucking.

With season 1 wrapping up this segment of Dallas and Robo’s adventures, season 2 will take up a different story. The backdrop, characters, and the complex theme will essentially remain the same but we can expect a completely distinct plot in the upcoming edition.