When Will ‘Dallas Cakes’ Return on Food Network? 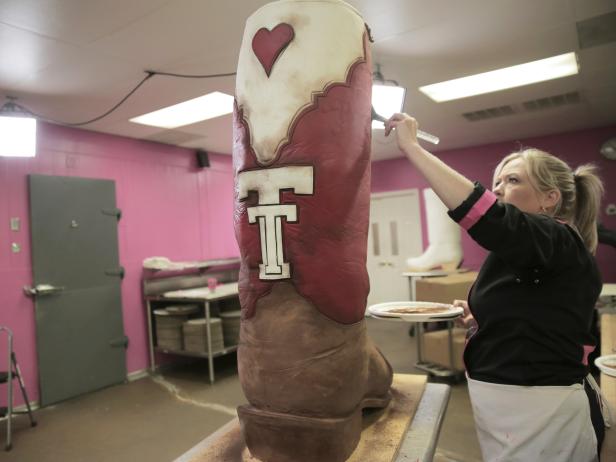 ‘Dallas Cakes’ is an American food-reality television show by the Food Network. It is written and directed by Randy Martin. The show follows some of the most elite bakers around Dallas as they attempt to create some of the most intricate delicacies on camera.

If you are familiar with the phrase “Everything is bigger in Texas” you can figure out what the series is all about. The series portrays how these Dallas-based bakers have to complete the task of baking cakes in a given period.

‘Dallas Cakes’ debuted on November 27, 2017, and enjoyed critical acclaim as well as decent viewership. Now the question is, will there be a ‘Dallas Cakes’ Season 2? We will delve into that, but first, let’s quickly look into the details of the series.

Dallas Cakes Cast: Who is in it?

‘Dallas Cakes’ is the brainchild of writer and director Randy Martin. Randy has previously directed other television shows like ‘Murder Made Me Famous‘ (2015), ‘The Price of Fame‘ (2018) and ‘Dallas Car Sharks’.

Dallas Cakes Plot: What is it about?

‘Dallas Cakes’ is a show that takes you on the most mouth-watering journey in the world of cakes and pastries. Each episode follows some of the most elite bakeries and the people behind them. The show is set in Dallas and the surrounding area.

Dallas seems to be a very unlikely place for such a show but you will be surprised by the sheer quality you’ll find. These are no ordinary bakers but are some of the most elite across America. The cakes and pastries that they attempt to make aren’t ordinary either. ‘Dallas Cakes’ documents these bakers on their pursuit to make something innovative, creative, gigantic and of course delicious.

A lot of the cakes that we see on the show are surprisingly large and theme-based. It is hard to believe how creative someone can get, especially for us viewers, who have never seen what cakes can truly be. The bakers featured in Season 1 include Bronwen Weber of Frosted Arts bakery, Roshi Muns of Society Bakery, Jamie Holder of Creme da la Creme, Elizabeth Rowe of the London Baker, Hiedi Allison of Sugar Bee Sweets and Dylan Humphrey of Kool Kakes by Dylan.

One of the episodes of Season 1 gives you an idea of where the show is headed and what the scale of the show is. The episode is a celebration of the all-time classic film, ‘Jurassic Park‘ on the occasion of its 25th anniversary. The episode takes us into the dinosaur world as the bakers attempt to make a dinosaur-sized cake that captures an iconic scene from the film.

Another episode features an about to be a married couple who get the cakes of their dreams. The bride gets an octagonal cake equipped with a button which, when pressed, transforms into a 5-tier giant wedding cake. The groom gets a life-sized cake of his dream car with operational headlamps.

Yet, another one of the episodes of ‘Dallas Cakes’ celebrates the life of a veteran war hero. The bakers go on a mission to make a life-sized tank cake as a tribute to the veteran. Popular baker, Bronwen Weber and his team at the Frosted Arts Bakery are featured in one episode. Together they brainstorm to create a 6-foot long alligator cake. Another episode from Season 1 of ‘Dallas Cakes’ pays tribute to Texas, as a baker and his team creates a giant cake replica of a cowboy boot.

‘Dallas Cakes’ also covers Texas Cowboy Hall of Fame, commemorating a historic location that features a full-sized saddle cake looking like it has been made using a hand-tooled leather.

‘Dallas Cakes’ is a fun show where you get to see the creativity of some of the best bakers. The show proves that baking is truly an artform and limitless possibilities it has to offer. The show primarily focuses on the making of such over-the-top edible structures and rarely gets into how they taste. If you are looking for your dose of mouth-watering frosting, packed with entertainment and wonder, ‘Dallas Cakes’ is the perfect show for you.

Dallas Cakes Season 2 Release Date: When will it premiere?

Here’s a clip from ‘Dallas Cakes’ season 1 that will give you an idea of the show.