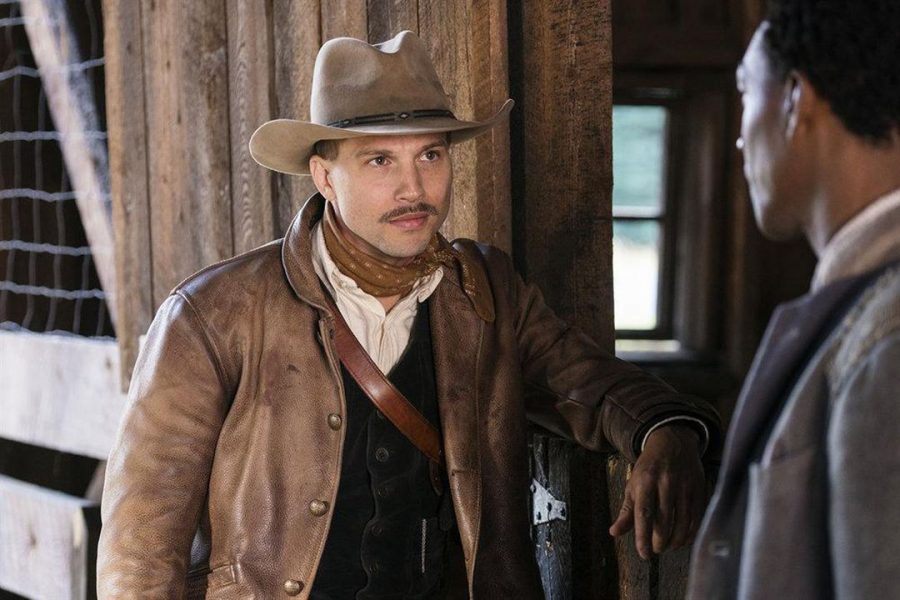 ‘Damnation’ is an American period drama television series that used to air on the USA Network in the US, and is available on Netflix in other parts of the world. Created by Tony Tost, and co-produced by Netflix and Universal Cable Productions, the show is set in the backdrop of the Great Depression of the 1930s and follows a man who tries to instigate townsfolk to rise up and revolt against rich industrialists.

A pretty new show, Season 1 of ‘Damnation’, consisting of 10 episodes, premiered on November 7, 2017, and received fairly positive reviews from television critics and viewers alike. While many were hoping that the show would return for a second season, it has been confirmed that ‘Damnation’ has been cancelled and will not be returning. Here’s everything we know about it.

Damnation Cast: Who is in it?

Despite being just 10 episodes long, ‘Damnation’ is a show which has a rather lengthy list of cast members.

In the show, Killian Scott plays the role of Seth Davenport, a mysterious preacher with a violent past who tries to instigate a revolt in Holden County. Logan Marshall-Green, meanwhile, steps into the shoes of Creeley Turner, who is Seth’s estranged older brother and a detective for the Pinkerton Detective Agency.

Damnation Plot: What is it about?

Describing ‘Damnation’, show creator Tony Tost had said, “I describe it as 1/3 Clint Eastwood, 1/3 John Steinbeck, 1/3 James Ellroy. That is, it takes some characters you’d normally see in a tough western, plops them in the world of Grapes of Wrath, and places them in the sort of pulpy paranoid narrative you see in Ellroy’s novels. We have two main characters.”

The show is set in the fictional Holden County in 1931, and follows Seth Davenport, a man with a mysterious and violent past who instigates farmers and townsfolk to rally and revolt against greedy industrialists, and the corrupt banking, policing, and press institutions in the locality. However, Seth’s plan to start a rebellion is hampered by his older brother and ex-con, Creeley Turner, who works for the Pinkerton Detective Agency, and has been paid by a rich industrialist to stop any unrest in the area. However, neither the townsfolk nor the industrialists are aware that Seth and Creeley are estranged brothers. As the plot of the show unfolds, their relation and tense political situation become the triggers for a lot of drama and violence.

Of course, being a period drama, much of the show is based on actual events in American history which unfolded during the 1930s. The events in the show closely resemble the Farmers’ Holiday Association campaign calling for farmers’ strikes in Plymouth County, Iowa, at the time. To be more precise, the strike depicted in the show and its subsequent consequences are based on actual events that took place in the county seat of Le Mars in Iowa and rural areas of the county in May 1932. In a similar vein, the Pinkerton Detective Agency and the William J. Burns International Detective Agency are also real-life detective agencies which were in operation at the time, and were heavily involved in the business of breaking up strikes. Other elements in the show also draw inspiration from real-life events, people, and groups, such as the Black Legion vigilante group, the Harlan County War, and more.

Unsurprisingly, the show has thus been praised by some television critics for its dramatization of history. For instance, Variety wrote, “In a way, that richness of historical context is its own appeal, and “Damnation” enjoyably mines the weird footnotes of American history for all they are worth. The tactics of the strikers — and the brutality with which they are suppressed — also offers some disturbingly relevant context for today’s politics.” In a similar vein, Daniel Fienberg of The Hollywood Reporter wrote, “Damnation is indisputably a good-looking show, and I think it has some things on its mind, though I wish the script had allowed the show to go more aggressively into the Man vs. Bank gear executive producer David Mackenzie brought to Hell or High Water.”

In overall terms however, ‘Damnation’ did not find many takers among television critics – the show has a mediocre score of 63% on Rotten Tomatoes and the critics consensus reads, “Damnation’s complex character driven mystery is intriguing, though it occasionally feels like homework.” Viewers, however, seem to have enjoyed the show, and ‘Damnation’ boasts a good rating of 7.7/10 on IMDb.

‘Damnation’ Season 1, consisting of 10 episodes, premiered on November 7, 2017. Given the engaging storyline and strong characters, many had expected ‘Damnation’ to return for a second season. However, to the dismay of many fans, USA Network, on January 25, 2018, announced that it had pulled the plug on the show. So, unless some other network picks it up, ‘Damnation’ Season 2 is not happening.

Although there’s no new season of ‘Damnation’ to look forward to, here is the trailer for Season 1 to give you a glimpse into the show in case you’re interested at taking a look into this chapter of US history.