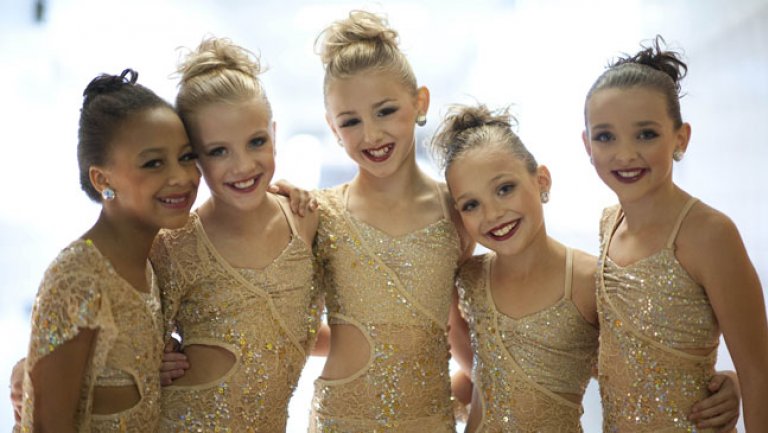 ‘Dance Moms’ introduces a shift in the conventional genre of dance reality TV shows by following training procedurals of young and aspiring dancers in the Abby Lee Dance Company (ALDC). Season 1 aired on Lifetime on July 13, 2011, and the series follows Abby Lee Miller as she grooms the careers of kids in the dance and show business. It is created by Collins Avenue Productions and showcases the interactions of the instructor with her students and sometimes, with their interfering mothers as well. Filmed previously in Pittsburgh, Pennsylvania, and later in Los Angeles, California, ‘Dance Moms’ aired its 7th season from November 29, 2016, to October 24, 2017 and 8th season from June 4, 2019 to August 27, 2019. Here is everything we know about its next season.

Dance Moms Cast: Who is in it?

Abby Lee Miller owns Abby Lee Dance Company, where she holds the position of the chief choreographer. She is the director of Reign Dance Productions and is credited as the main star and host of ‘Dance Moms’.

Alongside Miller, season 8 featured a fresh batch of young, talented dancers, who train and learn under her strict guidance.

8-year-old Kamryn Smith, an expert in jazz and contemporary dancing styles, is the youngest member of the group. Branded as Petite National Dancer of the Year at Rainbow Nationals in 2018, she has been dancing for five years now. Aged 10, Lilliana Ketchman is the only returning member of ALDC. The young dancer, model, and actress had previously appeared during season 6 as part of ALDC’s mini-team.

11-year-old Sarah Georgiana is an adept ballet dancer who is a winner of the Nuvo Breakout Artist and a Pro Reveler by Revel Dance Convention. 12-year-old Savannah Kristich holds tremendous expertise in lyrical, ballet, and contemporary dance styles. She had featured on season 2 of NBC’s ‘World Of Dance’ in 2018, proceeding up to the division finals. She won the title for Mini Core Performer at the Radix Dance Competition Nationals, held in 2018 and was selected as the Best Dancer during the 2018 Dance Awards.

Aged 12, Pressley Hosbach is a ballet, lyrical, and hip hop dancer. He has been dancing since the age of two and was a backup dancer in Justin Bieber’s Purpose tour in 2016. A model and a participant of the prestigious The Dance Awards (TDA), she also won the title of Pro Reveler by Revel Dance Convention for 2018-2019.

13-year-old GianaNina Paolantonio holds expertise in ballet and jazz dancing styles. She made her Broadway debut when she was just nine and has also performed alongside Mariah Carey. Aged 14, Hannah Colin is a lyrical contemporary, tap, and hip hop dancer who is a student of Dance Works Center, New Albany, Indiana. She has been in this field since she was 18-months-old and is also a former gymnast. 14-year-old Brady Farrar, a ballet, contemporary, lyrical, jazz, modern, tap, acro, hip-hop and ballroom dancer, holds impressive technical know-how and an elaborate resume. He was dubbed as the Best Dancer at The Dance Awards and Young Male Dancer of the Year at American Dance Awards.

We expect to see a bunch of new, fresh and inspired group of dancers in season 9 as well.

Dance Moms Plot: What is it about?

‘Dance Mom’s is set within the Abby Lee Dance Company and follows its Junior Elite Competition Team as these young, talented dancers travel every week to participate in multiple dance competitions. The episodes chronicle their journey as they win coveted awards while preparing for the Nationals. Meanwhile, Miller trains them to become “professional, employable working dancers.”

The series also highlights the accompanying moms who hold their own rivalries and have their arguments, regarding their daughters. Sometimes, they also get involved in heated bickerings with Miller herself. The format of the competitions is usually conceptualized by Miller, accompanying instructors, and producers. However, the choreography is done by Miller herself, with occasional help from her staff and guest choreographers. It features different rival dance teams competing with each other in a battle for who will reach the top.

‘Dance Moms’ is a highly successful reality TV show, mainly because of its focus on the drama and conflict between Miller and bickering moms. Of course, the weekly face-offs, close bonds among the students, and their gradual improvements are additional factors which make this show so popular.

On the other hand, the main star of the show, i.e. Miller herself, is a strict dance team coach. She uses constructive criticism and feedback to motivate her students. She attempts to extract the best out of her girls by emphasizing on hard work and a competitive spirit. Each week features her displaying a pyramid with headshots of the girls, where she points out the flaws, attitude, performances, and general behavior of each participant.

Season 8 had started with a one-hour special episode about Miller’s struggles after being diagnosed with Burkitt lymphoma in 2018. She had to undergo chemotherapy and learn how to use her legs again, after multiple sessions of physical therapy. The season ends with The ALDC team heading to nationals in New York City, with three solos going head-to-head for the national title. It will be interesting to see what direction season 9 takes, especially now that we know that Miller’s health is a concern.

Dance Moms Season 9 Release Date: When will it premiere?

‘Dance Moms’ season 8 premiered on June 4, 2019, less than a year after season 7 ended. The show has been out and out top performer for Lifetime right since season 1. So, we expect the network to renew the show and ‘Dance Moms’ season 9 to premiere sometime in June, 2020.

While we wait for an update on ‘Dance Moms’ season 9, here’s the season 8 trailer to refresh your memories. If you have not watched the series yet, head over to Hulu or Lifetime and catch up on all of its previous episodes.