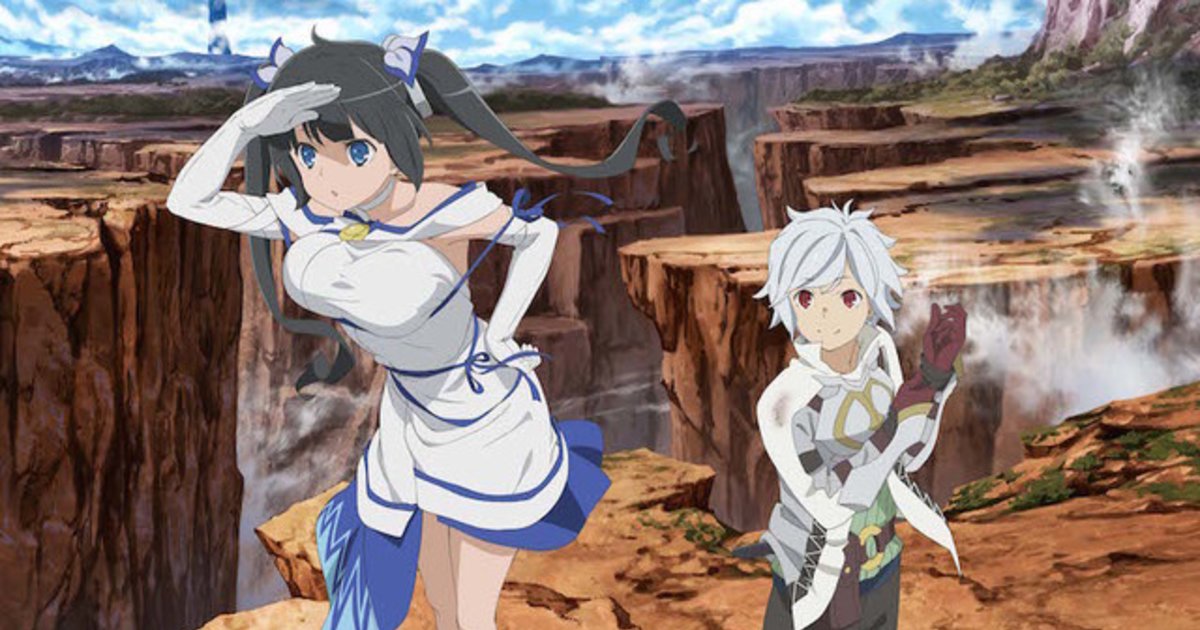 ‘Is It Wrong to Try to Pick Up Girls in a Dungeon?‘, commonly referred to as ‘DanMachi’, has become one of the most popular fantasy anime of our time. Since its release, the show has gotten quite a lot of attention, but this attention did not really last too long. There are anime like ‘Death Note‘ and even light-hearted shows like ‘Soul Eater‘ that stay with you for a very long time. The acclaim that these get from viewers is not volatile. But ecchi anime like ‘DanMachi‘ often end up on a crossroad where many viewers hate them for their excessive use of fanservice and dumb gags. At the same time, there are others who treasure them because of all the endless “guilty pleasures” these are able to fulfill. That being said, the series clearly has a solid fan base because even after 5 years since its initial release, it returned with a season 2.

The first season was no masterpiece and the second one, in my opinion, is pretty much the same. In fact, it seems like this season has taken a few steps back which obviously does not make it unwatchable, but just makes it an overhyped anime all over again. The second season starts off exactly where the first one left, so if you don’t remember much of season 1, make sure you watch its “0 episode recap” before starting off.

Season 2 is basically a mirror image of Season 1 and makes no attempt to grow its fanbase. What’s strange about both of these seasons is that it’s really hard to figure out if ‘DanMachi’ wants to be taken seriously or not. There are Ecchi that are so intentionally ridiculous, you actually have fun watching them. But with this one, it’s hard to figure out if it really wants to be taken seriously and is just not able hide its evident flaws or it’s simply trying to be a dumb fantasy series on purpose. It sets somewhat of a middle ground and the ones who are comfortable with this, have become eternal loyal fans.

Yet again, the show is not at all about picking up girls in a dungeon and instead, it focuses on the adventures of a young boy named Bell, who builds new relationships in his magical world. Season 1 established its primary cast and with this new season, a few more characters are introduced to the story. But just like the old ones, these characters are quite shallow and offer nothing more than some forced gags. T

he show has always been beating is its own drum and it still seems to be doing the same. The creators probably intend to follow the same old formulaic pattern till people actually get tired of it. So at the end of the day, Season 2 is again going to be enjoyable for anyone who had a good time watching the first. But if you did not find the show interesting enough during its initial run, don’t expect this season to be any better.

An English Dub for its season 2 has not been released yet, but you can still watch it Crunchyroll with original Japanese audio and English subtitles.

Bell Cranel is a young boy who dreams of becoming the world’s greatest adventurer someday. When he ends up meeting a lonely goddess named Hestia, his dream becomes a reality and he gets the opportunity to explore the darkest dungeons of his own city. Life in the dungeon is not all that great but he still works hard to make ends meet and also ends up making quite a lot of friends.

In this secretive fantasy world where gods and humans live together but struggle to get along, nothing comes easy. But Bell remains unaffected by the problems of his fantastical world and with an optimistic attitude, he tries his best to make every second count. Eventually, this pays off in the best way possible as he gets to improve himself and also makes loyal allies who would never leave his side.

Season 2 starts off by reintroducing the protagonist, Bell, who continues to improve himself as an adventurer. The character has indeed come a long way from where he used to be. In the first episode of season 1, he was nothing but a timid young man who would often doubt himself. But in season 2, he is ready to take on the world all by himself and looks forward to more adventures.

Now, Bell’s growth as a character is really appreciable but for the most part of it, Season 2 is quite predictable and its plot is repetitive. But what’s good about it is the fact that apart from Bell’s character, the creators have made an effort to reintroduce other Season 1 characters as well. This mostly includes Liliruca, Ryuu, and Yamato Mikoto who are still a little undeveloped, but finding some old characters in this new season just makes the whole viewing experience a little better.

The first half of season 1 primarily focuses on the sixth volume of its source material. The characters seem pretty strong at this point of time and no adventures are forcefully pushed into the story. But the biggest problem with ‘DanMachi’ is that it never really makes an attempt to step out of its comfort zone to experiment with something new. It still plays with old tried and tested RPG Isekai tropes. The backgrounds and the world-building are as great as ever but it still offers everything that you expect from a generic fantasy world.

J.C Staff Studio, also known for producing ‘Toradora‘ and ‘One Punch Man‘ Season 2, manages to do a decent job with the anime. And I say decent because even though everything seems to be great, even the animation style and character designs are pretty much the same season 1. But even then, the studio definitely deserves some credits for its consistency with the quality and also the engaging combat cinematography. Overall, ‘DanMachi’ was never really unique in any way but its season 1 was still quite enjoyable because everything about it felt new. Season 2 turns out to be a very mediocre show that offers nothing more or less than its predecessor. If you enjoy anime shows that look like walkthroughs of RPGs, give this one a shot but if that’s not your thing, there isn’t much for you here.