Will There be a Danny’s House Season 2? 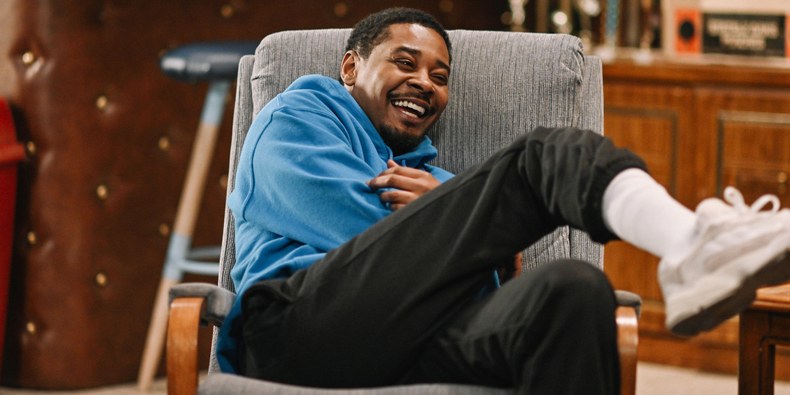 ‘Danny’s House’ is a comedy talk show set in Danny’s basement, where the host, Danny Brown, interviews several celebrity guests. The show airs on Viceland and was launched in 2019. And as far as we can tell, it is outrageously funny. Executive produced by Derrick Beckles (‘The Eric Andre Show’ and ‘Mostly 4 Millennials’), it also features a snippet Danny’s original composition as the theme song.

The first season of the show was received well. Now the question is, will there be a ‘Danny’s House’ season 2? Here’s everything we know about it.

Danny’s House Cast: Who is in it?

Danny Brown is both the host and protagonist in ‘Danny’s House’. The famous rapper and songwriter is branded as “one of rap’s most unusual figures in recent memory” by MTV. His first studio album is ‘The Hybrid’ and he rose to fame, primarily because of his second studio album, ‘XXX’, which won him multiple accolades and critical acclaim. He gained entry into the Billboard chart after releasing his third studio album, ‘Old’, which was ranked at the 18th position on the US Billboard 200 chart. His fourth studio album is ‘Atrocity Exhibition’ and the fifth is ‘U Know What I’m Sayin?’, which releases in 2019.

It will be interesting to see who all will make an appearance in season 2 of Danny’s House.

What is Danny’s House About?

‘Danny’s House’ is a comedy talk show that is set in a pseudo-basement setup, where Danny interviews many guests, arriving from multiple areas in the entertainment industry. We get to see our favorite rappers, actors, and sports icons. And the discussions are not which are seen on regular talk shows. The visitors, when they enter the Bushwick studio, are subjected to all kinds of wild shenanigans. For example, there is a Jay-Z impersonator contest and tips on how to tackle a kick on the *****. There are also anthropomorphize-d burritos and tentacle arms. So yes, get ready for a wacky load of fun in this hip-hop themed comedy!

The show begins with the camera pointing directly to Danny. He then opens the show by saying, “Oh hey, I’m Danny, and this is Danny’s house!” As the show unfolds, it somewhat seems like a sequel of Big Tigger’s ‘Rap City Tha Basement’, which is a show that follows artists arriving to have discussions with Big Tigg. The theme is certainly familiar, which then progresses to take on a more chaotic note. After all, “Everybody has fun at Danny’s house!”, exclaims Danny as his bright eyes shine in excitement.

A look at the warehouse-styled basement and you get all the feels of an Eric Andre Show. What’s more? As Danny engages in humorous yet insightful conversations with his celeb buddies and unconventional neighbors, we get to join him in the ultimate hangout sessions. Additionally, there is theme song from Danny’s original composition, that plays during the opening credits. Billed as a mix of ‘Mister Rogers’ Neighborhood’, ‘The Eric Andre Show’, ‘Wayne’s World’, and ‘Pee-Wee’s Playhouse’, the synopsis sounds extremely engaging and promising.

Danny’s House Season 2 Release Date: When will it premiere?

‘Danny’s House’ season 1 premiered on Viceland on August 14, 2019, and came to an end after a run of eight episodes.

Now, what about a second season? The show does sound hilarious and we are really hopeful that it does get renewed soon. But a final decision obviously depends on final viewership figures. If Viceland does see potential in the show, it will definitely be renewed for another season, which is expected to feature a whole new cast of rappers and celebs. All things considered, we expect ‘Danny’s House’ season 2 to release sometime in August, 2020.

Below is the official trailer for ‘Danny’s House’ season 1.  You can also head to show’s official site if you wish to check out previous episodes and clips from the show.