‘Dare Me’ Renewal Status: Everything We Know 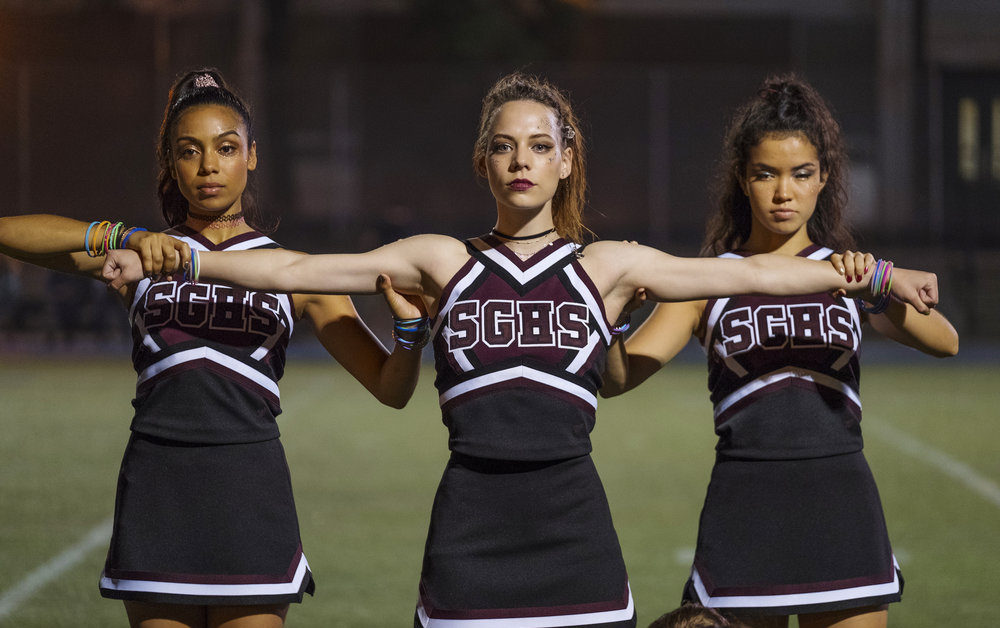 Dare Me is a tv series based on the novel of the same name authored by Megan Abbott. The show is part murder-mystery and part coming-of-age drama based on a small Midwestern town. It features the relationship dynamics of young cheerleaders and their will to go to any lengths to get ahead in life. The series is also executive produced and written by Megan Abbott along with many others and airs on USA Network.

Dare Me was first rumored to be released six years ago under Fox Production, starring Natalie Portman. Though, the rumor faded with time and in January 2019, the production was given a series order and in November 2019, the series’ premiere date was announced.

The first season of the series opened to generally favorable reviews, with critics branding it as ‘visceral’ and portraying ‘moody atmospherics’. So fans are itching to know if there will be a Dare Me season 2. Well, here’s everything we know about the next season.

Dare Me Season 2 Release Date: When will it premiere?

The show follows the cut-throat world of high-school cheerleading while exploring coming-of-age challenges and the hard, ugly truths of life. It is partially mean and partially vulnerable. It features loyalty, betrayal, angst, confusion, jealousy and every other possible emotion that young girls face during the most fragile phase of their lives. The show starts on a dark note that only gets darker across the episodes.

Although USA Network has not officially made any announcement regarding a new season, star Alison Thornton (Tacy) said during an interview with Hollywood Life that she is hopeful about another installment. She stated: “Beth is strong, she’s on top, she has power over the entire squad, and I think that Tacy’s just observing all of it and trying to learn from it. Hopefully, if we go for Season 2 and further on, she’ll come into herself more.”

So, we are positive that season 2 should be greenlit in the coming months. If renewed, Dare Me season 2 will most likely premiere sometime in December 2020.

The cast also includes names like Rob Heaps, best known as Ezra Bloom in ‘Imposters’, who plays the role of Matt French; Zach Roerig, best known for his role as Matt Donovan in ‘Vampire Diaries‘, plays Sarge Will Mosley; Paul Fitzgerald, best known for his roles in ‘Secret Life of Walter Mitty’ and ‘Teenage Mutant Ninja Turtles’, plays Bert Cassidy; Alison Thornton plays Tacy Cassidy along with many others.

In season 2, we expect most of the cast members to return, barring Zach Roerig, whose character arc ends in season 1.

Dare Me Plot: What is it about?

The show revolves around the multi-layered world of American cheerleading and high-school drama. Addy is 16 and best friends with Beth. They both are the center of focus in their high-school cheer squad. Their friendship goes long back to their childhood, where Beth has always been the leader and Addy has been her faithful follower.

The dynamics change when a coach arrives to train the cheerleaders. Beth goes on a rebellion against the new coach whereas Addy starts to follow her blindly. Addy is a world-weary and hard-to-impress girl but, when it comes to the coach, she wants to do everything in her possibility to impress her.  She even starts following her as a stalker-boy might do.

Addy feels that the coach makes her feel more alive than ever and gives a meaning to her otherwise materialistic life. Though, this does not sit well with Beth. Beth is jealous of Addy’s growing fascination towards the coach and wants her friend to be as she has always been, her loyal follower.

The coach is stern and wants her team to perform to the best of its abilities. She sees the true potential of the cheerleaders and what goes beyond their made-up exteriors. The team is hell-bent on proving her right and survives on broth and Adderall.

Though, everything is changed one night. The girls gather at the coach’s house for a drinking session. Everyone is present except for Beth. She likes to maintain her distance and watch, watch till her time ultimately arrives. A crime occurs that involves the lives of Addy, Beth, and the coach and nothing at the suburban ever stays the same again.

Season 1 wraps up the entire story in a neat package and the mystery surrounding Sarge Will’s death is solved. Hence, this means that the entire story from the Dare Me book is completed in season 1 itself. So, season 2 could continue from here, picking up the stories about the rest of the characters — as we saw in 13 Reasons Why (whose source material was over but the creators still carried on with their own plot arcs).

Another way to go forward would be to pick up a new novel from Megan Abbott’s repertoire such as give Me Your Hand and You Will Know Me. We will know for certain in which direction the series will go only after USA Network comes up with an official announcement.

While we wait for an update on season 2, you can watch the trailer of Dare Me season 1 below: