Where to Stream His Dark Materials? 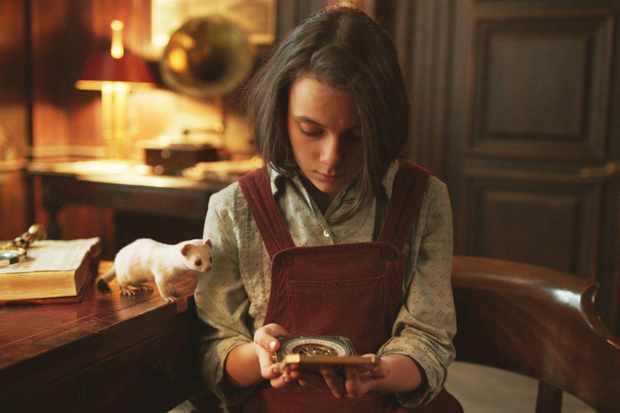 Television is one of the most exciting mediums for visual arts at the moment, with wonderful television shows coming out. With more people being drawn to television, the shows are growing in size and scope, portraying worlds we have never seen before. In the case of ‘His Dark Materials’, of course, this is absolutely literal.

The story shows the adventures of two children as they travel through parallel universes. The show is based on the epic trilogy by Philip Pullman, and although it has mostly drawn a young adult audience, it was not written with any specific age group in mind. Notably, Pullman intended his series of books to be somewhat of a reimagining and retelling of John Milton’s ‘Paradise Lost’. Unlike Milton, who sees the original sin as humanity’s most tragic failing, Pullman praises humanity for the same.

Despite including exciting plot points like witches and armored polar bears, ‘His Dark Materials’ also grapples with matters of physics, theology, and philosophy. The book is so fantastically popular that we already have a stage adaptation and a Hollywood movie on it. Yes, we are talking about ‘The Golden Compass‘. Now that the story has been made into a television show, it is all the more promising, because the medium will allow for the original story to be explored in greater detail as we understand the layers to various characters.

Naturally, you must be wondering about where to see ‘His Dark Materials’, and we are here to tell you that, but first let us walk you through the plot of the show.

What is His Dark Materials About?

‘His Dark Materials’ is basically set in an alternative world where all humans happen to have daemons or animal companions, which are the manifestations of their souls. The plot begins to follow the life of a young girl called Lyra, who lives in this universe. She grows up amidst the scholars at Jordan College, Oxford. Lyra happens to stumble upon a dangerous secret that involves Lord Asriel and Marisa Coulter.

The adventures only seem to grow more dangerous for this plucky young girl when her search for her missing friend leads her to a series of kidnappings. Soon enough, she understands that the inexplicable actions are all linked to some magical and mysterious substance called Dust. The world that is created in the show is similar to the books in some ways, but the people behind ‘His Dark Materials’ have been careful to make it relevant to modern audiences by not situating it too much in the Victorian era. However, some familiarities are there, like the role religion plays in the society, including the control exerted by religious organizations.

Since ‘His Dark Materials’ has already been greenlit for a second season, the series is expected to follow the structure of the books. The show starts with Lyra discovering an attempt to poison her uncle. Though she warns him, the young girl is soon caught up in a world of adventure when her friend is kidnapped and she is taken in by a woman. Things take an even darker turn when this woman turns out to be in cahoots with the kidnappers, who in turn work for the Church. Lyra does not know where to go and heads to other people whose kids have been kidnapped by this group. She learns of her parentage there, to some shock.

The people whose children have been kidnapped form a rescue operation, which includes Lyra. They travel to get the kids, and it turns out that children are being separated from their daemons as an experiment to stop the onset of troubling adult emotions. Asriel, the Dust researcher, seems to have a bigger secret up his sleeve, which is finally revealed to Lyra after several deadly adventures, which could easily have spelled the end of the young girl. She realizes that the Church considers the Dust to be the origin of all sin.

Their plan is to wipe out the Dust from all universes, in order to purify the people. Asriel escapes, but Lyra is determined to stop the man and discover the source of Dust for herself. Thus begins a tumultuous journey that promises to be physically and mentally challenging for the young girl. Now, without much ado, let us tell you where you can see ‘His Dark Materials’.

Is His Dark Materials on Netflix?

Netflix has one of the finest libraries that sets it apart as a premier content provider. The platform is mindful of what various users might like and tries to please them all. While ‘His Dark Materials’ is not on Netflix, you can check out ‘The Umbrella Academy‘ which is a wonderful fantastical tale in its own right.

Is His Dark Materials on Hulu?

Hulu is one of the best platforms out there since they keep making additions to their library, trying to stay ahead of the competition. Hulu subscribers might not be able to access ‘His Dark Materials’ but you can stream and watch ‘Preacher‘, that weaves a wonderful world of its own while raising some extremely pertinent questions about theology and god.

Is His Dark Materials on Amazon Prime?

Amazon Prime is an amazing platform, and perhaps the closest competitor to Netflix in terms of content. Boasting of a diverse and huge library, Prime subscribers are often spoilt for choice. The good news is that if you are subscribed to HBO through Amazon Prime then you can certainly watch ‘His Dark Materials’ right here.

Where Can I Stream His Dark Materials?

Since ‘His Dark Materials’ is airing on HBO and BBC, you should be able to stream it on HBO Go or HBO Now. For now, you can head to BBC iPlayer, if you live in the UK, to stream the show.

Can I Stream His Dark Materials Online For Free?

Sorry to disappoint the freeloaders, but there is no way to stream ‘His Dark Materials’ online for free now. You have to wait till it becomes available on a platform with a free trial period. Moreover, we urge readers to pay for all the art they consume.