What Time Does ‘His Dark Materials’ Air on HBO? 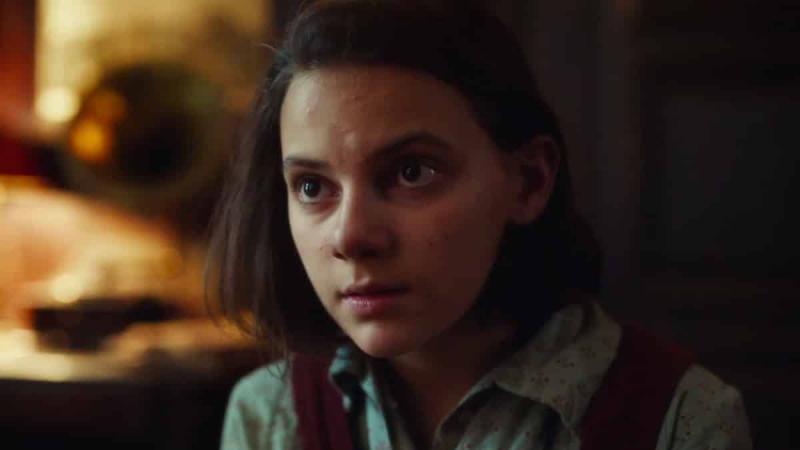 ‘His Dark Materials’ is here to help you get over the fantasy void that ‘Game of Thrones‘ left behind. The series is based on Philip Pullman’s trilogy of novels. While the show is definitely going to have a fair share of witches and armored polar bears, it is also going to deal with serious strands of thought like theology, physics, and philosophy. In fact, ‘His Dark Materials’ is considered to be Pullman’s reimagining and retelling of John Milton’s ‘Paradise Lost’, with Pullman praising humanity for the tragic flaw of original sin, which Milton condemned in his timeless work.

The story follows an orphan, Lyra Belacqua, who becomes caught up in a battle involving her uncle, Lord Asriel (James McAvoy) and the Magisterium. The young girl’s life appears to be turned around when she meets the mysterious and beautiful Mrs. Coulter. She initially takes Lyra in, and even manages to enchant her, but appears to have a dark side of her own, not to mention sinister motives that come to light gradually. ‘His Dark Materials’ Season 1 is firmly based on the first book, ‘Northern Lights’, which was also made into a movie, ‘The Golden Compass‘. However, unlike the film, the series will take time to explore Pullman’s universe deeply, and reveal the multi-layered characters. Early reports already suggest that the show is much more immersive, taking its time to savor the details laid out by the author in the original work, which is bound to make it an instant hit with the fans of the book.

When Does His Dark Materials Air on HBO?

For American viewers, ‘His Dark Materials’ airs on November 4, 2019 at 9 P.M. (Eastern Time). HBO subscribers will be able to watch it easily since the network is handling the show’s distribution. In case you prefer going online and streaming, you can head to either HBO Go, or HBO Now, since both platforms will be making the show available.

Is His Dark Materials Available on BBC?

The good news for UK audiences is that ‘His Dark Materials’ is available on BBC. The show aired on November 3, 2019, on BBC One. It aired at 8 P.M. (local time), and subsequent episodes will keep coming out at the same time. In case you have missed the first episode of ‘His Dark Materials’, you can simply head over to BBC iPlayer, where you can stream the show online.

Notably, ‘His Dark Materials’ is expected to run for eight episodes, with each episode being released at the same time, a week from the initial air date. The series has already been renewed for another season as well, meaning ‘His Dark Materials’ fans have something to look forward to, right from the start. Since the universe created by Pullman is intricate and has its own modes of operation, we recommend familiarizing yourself with the content before diving right into the show, so you can find your bearings more easily once Lyra’s adventure begins in earnest. You can check out everything you need to know about the upcoming show, here.