Dark Tales With Don Wildman: Everything We Know 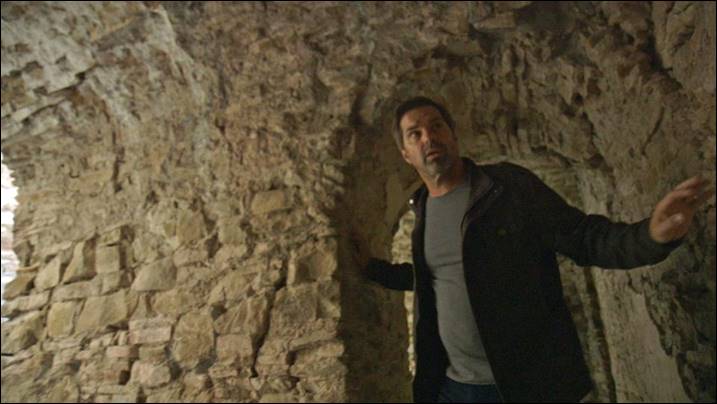 Travel Channel is at it again! The channel is known for bringing forth some of the eeriest and scariest horror documentaries. But this time around, the cabler has decided to up your fear factor by several notches! It has picked up a title that kicks off by highlighting some bewildering supernatural instances of scorned women — seeking revenge from the other side. And there is nothing more petrifying than the angry femme fatale — even more so when she has left her human form!

Featuring a collection of dark and twisted paranormal tales from over the globe, this unscripted series is aptly called ‘Dark Tales with Don Wildman’. So when does the show drop on Travel? Who is the titular host and which true stories are covered in the series? Let’s find out!

‘Dark Tales with Don Wildman’ season 1 releases on November 30, 2020, at 10 pm ET/PT on Travel Channel. Each episode of this miniseries spans a run-time of one hour.

Dark Tales With Don Wildman: A Brief Introduction of The Host

Don Wildman is a popular name in documentary television. He is notable for hosting unscripted shows like ‘Mysteries at the Museum’, ‘Monumental Mysteries’, and ‘Greatest Mysteries’. Wildman’s thirst for knowledge takes him on various adventures where he tries to unravel the truth behind myths and legends. Earlier, Wildman has also served as the host for ‘Off Limits’ and ‘Cities of the Underworld’. In the sports spectrum, he has appeared in ‘Men’s Journal’. You might also know him from the three-part historical investigation series, ‘Filthy Cities’.

What is Dark Tales With Don Wildman About?

Travel Channel introduces ‘Dark Tales’ in its press release as follows: “Don Wildman uncovers dark and twisted tales of the paranormal from all around the world. Using his thirst for adventure and his love of storytelling, Wildman reveals the supernatural is all around us – if you know who to talk to and where to look.”

‘Dark Tales’ premieres with an episode called ‘Women Scorned’. The episode narrates the terrifying true stories of females who have left their earthly abode but are still out for revenge. We have a woman who is notoriously known for seducing her husbands with witchcraft. There is also an Inca princess who uses a fatal curse to guard her ancestral treasure.

Another episode titled ‘Vengeful Souls’ follows the titular host as he dives deep into the tragic tales of tortured souls. These otherworldly spirits had been previously wronged by love and war. We hear the instance of a rejected court jester who continues to taunt the residents of the castle, which once used to be his home. Then, there is a ghostly priest attempting to correct the world from his grave.