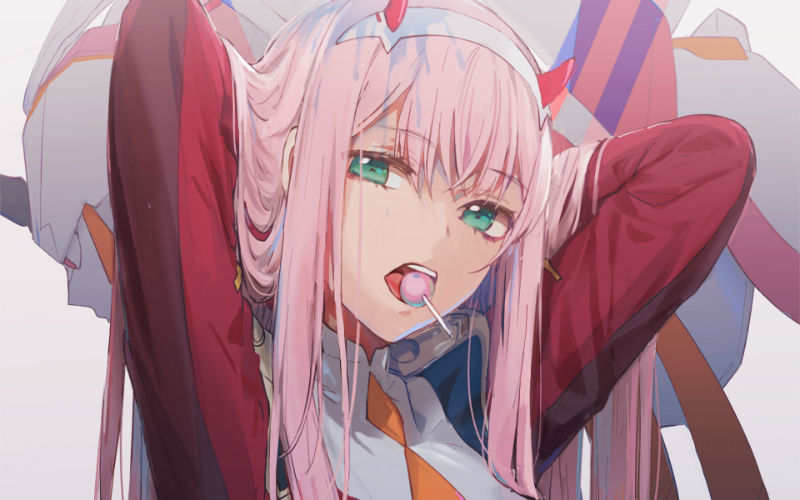 Darling in the Franxx (also known as Dārin In Za Furankisu in Japanese) is a science fiction anime television series produced by CloverWorks and animated jointly by CloverWorks and Studio Trigger. Darling in the Franxx was first announced at the Anime Expo event in July 2017 and half a year later, Season 1 premiered on January 13, 2018. Almost immediately after the premiere of Season 1, a manga adaptation with illustrations by Kentarou Yabuki was also released. Season 1 was deemed to be a success by viewers and quickly rose to prominence and since then, fans have been waiting to hear news on a second season. Here’s everything we know about the prospects of Season 2 thus far.

Darling in the Franxx Season 2 Release Date: When will it premiere?

Darling in the Franxx season 1 premiered on January 13, 2017 and ran for consisting of 24 episodes till July 7 of the same year. Immediately after release, the anime peaked in terms of popularity but reactions were more mixed in the second half of the season, especially over the finale. Regardless, the show was a massive hit in terms of ratings and went on to win multiple awards. Now, the question on everyone’s mind is whether it will receive a second season.

Well, the answer is not a simple one. Firstly, Season 1 ended on a pretty conclusive note, so that could indicate that Studio Trigger and CloverWorks wanted to make one season only. However, on the other hand, considering the commercial success that the anime show proved to be, CloverWorks and Studio Trigger might be willing to work jointly to produce another season of the highly rated anime show. What makes predicting the show’s future so difficult is the fact that it is not based on any manga or light novel series, and there’s no source material to indicate where the story could be headed.

Darling in the Franxx English Dub:

For those who like watching anime shows in English, the good news is that Funimation licensed an English dub of the show shortly after release, keeping in mind the show’s international, English-speaking audience. You can also find the original Japanese version as well as dubbed episodes on Crunchyroll.

Darling in the Franxx Plot:

The show is post-apocalyptic and is set in a distant future where humanity is almost driven to the verge of extinction by giant beasts known as Klaxosaurs. The remnants of humanity survive in massive fortress-cities called Plantations, but survival comes at its own cost. While adult humans, now immortal thanks to technological advancements, live in the Plantations, relationships and procreation have ceased to exist. Instead, children, referred to as “Parasites” are produced artificially for one sole purpose – to pilot giant mechas known as Franxxs and keep the Klaxosaur threat at bay.

In this backdrop, the show follows a boy called Hiro. In spite of being an aspiring Franxx pilot, Hiro loses his self-confidence and his drive after failing an aptitude test and skips his graduation ceremony, retreating to a forest for some solace. In the forest, Hiro encounters a mysterious girl who introduces herself by her codename Zero Two, which is rumoured to belong to an infamous Franxx pilot known as the “Partner Killer”. Before Hiro can even come to terms with the situation, the Plantation he is in comes under a Klaxosaur attack. Zero Two leaves immediately to try and fight the threat in her mecha, but her partner dies in the battle which ensues and the Franxx crashes near Hiro. Zero Two then asks for Hiro’s help to fight off the attack and Hiro accepts. Subsequently, they manage to easily defeat the Klaxosaur and Hiro decides to continue their partnership so that he can redeem himself. The show follows the many missions Hiro undertakes with Zero Two as his partner.

Darling in the Franxx Characters:

Darling in the Franxx has dozens of characters and while some of them are quite important to the show, Hiro and Zero Two serve as the protagonist and the deuteragonist, respectively. Below, we’ve provided you with brief backgrounds on them.

Hiro: The protagonist of the show, Hiro is a human Parasite known also by his codename, “016”. During pilot training, Hiro had the reputation of being a prodigy, but his reputation crumbled to dust after he failed to sync with his training partner. Regarded as a failure and having failed at the only thing he was born to do, Hiro did not know the reason behind his existence until he met Zero Two. After meeting Zero Two and becoming the co-pilot of a Franxx named Strelizia, Hiro finds purpose again. Over the course of the show, he also develops romantic feelings for Zero Two, and the two have a brief relationship before they sacrifice themselves at the end of the show. As far as Hiro’s personality is concerned, he was known to be a jovial, happy, and curious kid until he failed the aptitude test in pilot training. After meeting Zero Two, however, Hiro gets some of his cheerfulness back. However, after certain events, Hiro again loses his curiosity and cheerfulness and becomes a serious and obedient soldier.

Zero Two: The deuteragonist of the show, Zero Two is a human-sapiens hybrid, and is part of an elite force which fights the Klaxosaurs. Owing to her reputation as the “Partner Killer”, Zero Two is shown to be a loner with little regard for human life. However, after she meets Hiro, she gives him a chance to become her co-pilot, and Hiro helps her repair her reputation after he survives his third flight with her.