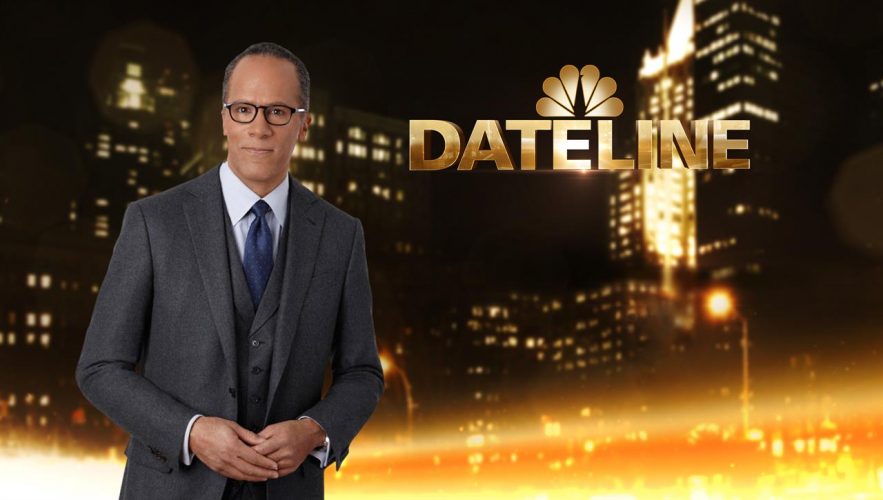 Dateline is an American newsmagazine documentary series which is broadcasted on NBC Universal. This reality television legal show is presented by Lester Holt. The show provides in-depth information on news stories in its one-hour episodes. Rather than just reading news reports plainly, the reporters also provides full coverage that includes researching on their subjects, investigating, as well as interviewing the people who are related to or involved in this subject.

The other correspondents of the show include Andrea Canning, Jeff Rossen, HodaKotb, Dennis Murphy, Josh Mankiewicz, and Keith Morrison and the previous anchors of the show include Willie Geist, Craig Melvin, Natalie Morales, Kate Snow, and Meredith Vieira. The show covers stories from documentaries to mysteries for any unsolved cases. Since 2017, the episodes of this show have also been broadcast on MyNetworkTV. In the 27th opening season, Dateline averaged 0.70 rating in the 18-49 demographic and 3.9 million viewers. The show is executive produced by David Corvo and Liz Cole, and the production work is taken up by Peacock Productions.

Dateline Season 28 Cast: Who is in it?

Dateline Season 28 Plot: What is it about?

Dateline is an American television series that focuses on real crime stories. Each episode of the story focuses on a topic related to crime.  Over a period, this two hours feature-length series has gathered a huge fanbase. It mostly focuses on real-life mystery cases that include murders or missing people. In the documentary and news category, various topics on this series have won Emmy Awards. This Prime Time News show is one of the famous news programs on NBC. Since 1992, the show is entertaining viewers and keeping them up to date with news that’s important. But during those days, it was considered a filler episode to fill the gap between programs. Later on, the show returned to the limelight in 2004. Lester Holt currently presents this series.

In the 26th season, the show discussed the growth of homeless people in the neighbourhood City of Angels in Fernando valley in America. One of the dangerous cases that was thrown light on in the previous season was of a mother and a daughter case who were trapped inside their totalled car. The rescue operation was very difficult because it was a life and death situation. In the 27th season, detectives of Indiana were seen trying to find the murderer of a young woman whose dead body was found on the outskirts of the town in the middle of the soccer field. In Georgia, another case was recorded where a former beauty queen and a teacher went missing, and the events that followed terrorized the nation.

Dateline Season 28 Release Date: When will it premiere?

The show had averaged 0.70 rating in the 18 to 49 demographic and recorded 3.91 million viewers in the opening of the 27th season. Sources assert that season 28 has not been renewed yet, but there is no reason why it won’t return. The air date for Dateline Season 28 should be announced for 2019 on its renewal. We will update details on the subject when we know more.

Watch full episode 35 of Season 26 below to find out exactly what the show deals with. We will update this section with the latest promotional material when it is released.