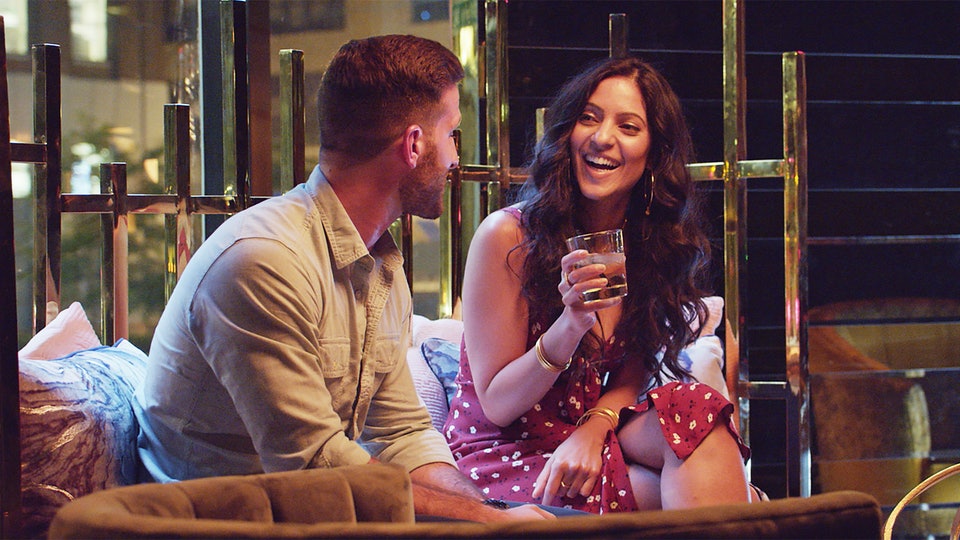 Netflix‘s new reality dating show, Dating Around is a docu-series that premiered on Valentine’s Day this year on the streaming giant. The series has been co-created by Chris Culvenor and Paul Franklin and is produced by Alycia Rossiter (who also serves as the executive producer of The Bachelor/ The Bachelorette). However, it is nothing like the Bachelor or The Millionaire Matchmaker; the format is clean and simple. Each episode has one charming single from New York going on five blind dates.

Dating Around Cast: Who is in it?

Dating Around is all about real-life New Yorkers from different walks of life. There is no celebrity host or any other crew member on-screen. The six singles and all their potential candidates are just ordinary people like us looking for love. It makes it easier to connect with the show, thanks to its raw vulnerability. There are no games to be played; it is just real people and real conversations.

Each episode has six different people, and each of them has certain personality quirks that will definitely remind you of some of your own dates. The world of dating is so much more complicated than it uses to be. Swiping right and left on Tinder, getting hit on in bars, there is a constant stream of people who move in and out of our lives. But how many of these turn into actual connections? The rare times that happens, we wreck ourselves with self-doubt and anxiety. Dating Around captures all those nervous moments, those eye contacts, and silly conversations. The authenticity of a real date can only come from casting real people. In that, Dating Around does a fabulous job.

Dating Around Plot: What is it about?

First dates can be magical. They can be the start of a wonderful relationship. Sometimes sparks fly instantly, and the chemistry is obvious. Other times, things don’t work out as one may have hoped. Dating Around is a short series with only six episodes in the first season. Even though all six single are from New York, they couldn’t be more different from each other. They differ in their ethnicities, represent various sexualities, and belong to different age groups.

The premise is very simple; no one is bungee-jumping off roofs for professing their love, there are no red roses to give out. Dating Around does a terrific job in cutting off the extra frills and giving us a dating show that is simple yet charming. There is no host to nudge people around; it is just real people going on real dates. Each single is matched with five potential people who they go out on a date with it. Of these five, they choose one to take out on a second date. It is up to us to imagine what happened with the couples after the second date.

As the series begins, we are first introduced to our single of the night. Luke from the first episode is a real estate agent with a sweet and charismatic persona. It’s dinner, drinks, and then a ride home. The charming widower Leonard from episode four steals your heart. He is from the era when men still opened doors for you and made you laugh. His five dates are equally charismatic.

Each date has something different to offer. Who the singles choose for a second date is the big reveal. Viewers are surprised by Luke’s choice, but that just goes to show how romance works. You never know who you fall for; you just trust your instinct and that initial spark. What makes Dating Around different is that it does not try to sell you on fantasy as The Bachelor does. The creators want us to connect with the real people on the show and not some perfectly beautiful models. The show will appeal to a large number of people and its short run time makes it an excellent show to binge on.

The dating world is tough; putting yourself out there can be both rewarding as well as heartbreaking. We have all had those disastrous first dates, sometimes being the disaster ourselves. The way the cast of Dating Around reminisces about old love, tells those magically stories only people of a certain age can, just adds so much charm to the format of the show. Watch Dating Around for its simplicity and maybe to get a few useful tips.

Dating Around Season 2 Release Date: When will it premiere?

Dating Around is Netflix’s first venture into the reality dating show genre. It premiered on February 14, 2019, and has so far enjoyed great reviews. Viewers have appreciated the show for its feel-good vibe and realness. If you have already watched the six half-hour episodes, it is more than likely you are craving for more. Although it is too early for Netflix to announce the next season, going by the overwhelmingly positive reviews, we are hopeful that Netflix will continue bring another season of Dating Around. If all goes smoothly for the show, we can expect season 2 of Dating Around release on Valentine’s Day, February 14, 2020.

Have you been waiting for a dating show that is about just dating and is not produced reality? Then Dating Around is the perfect show for you. Here is the official trailer by Netflix for you to enjoy-