Born as the son of a father with Philippine descent and a mother with Greek ancestry, Dave Bautista grew up in a tough and violent neighborhood in Washington D.C. His childhood was haunted by financial problems and acts of violence. By the age of nine, he had witnessed three murders in the area and started stealing cars for money as a teenager. After a clash with his parents at the age of 17, Bautista started living on his own. He donned many roles in real life to make both ends meet. The strongly built young man found it was easy for him to land jobs of bouncers in nightclubs. But misfortune hit him hard when he was arrested after a brawl that left two people injured. Bautista started to train seriously as a professional bodybuilder and wrestler after a probation of one year. After getting rejected on the face by WWC, he tried his luck with WWE.

He managed to lock a deal with WWE and made his debut as a wrestler in 2000. He went on to reap fame in the arena and held the World Heavyweight Champion title from April 3, 2005, to January 13, 2006, which was a record. In 2006, at the peak of this WWE career, Bautista made his feature debut with the movie ‘Relative Strangers.’ His breakout role of an ex-vice cop came with the film ‘House of the Rising Sun,’ which earned him widespread critical praise. The wrestler-turned-actor also played memorable roles in ‘The Scorpion King 3: Battle for Redemption’ (2012), ‘The Man with the Iron Fists’ (2012), ‘Riddick’ (2013). ‘Spectre’ (2014), ‘Blade Runner 2049’ (2017), ‘Guardians of the Galaxy’ films, ‘Avengers: Endgame’ (2019), ‘Stuber’ (2019), and ‘Escape Plan: The Extractors’ (2019). So now you must be wondering what is the next Dave Bautita movie or TV show? Well, here’s the list of upcoming Dave Bautista films and TV shows scheduled to release in 2019 and 2020. We can only hope that the latest Dave Bautista movies would be as good as some of his recent ones. 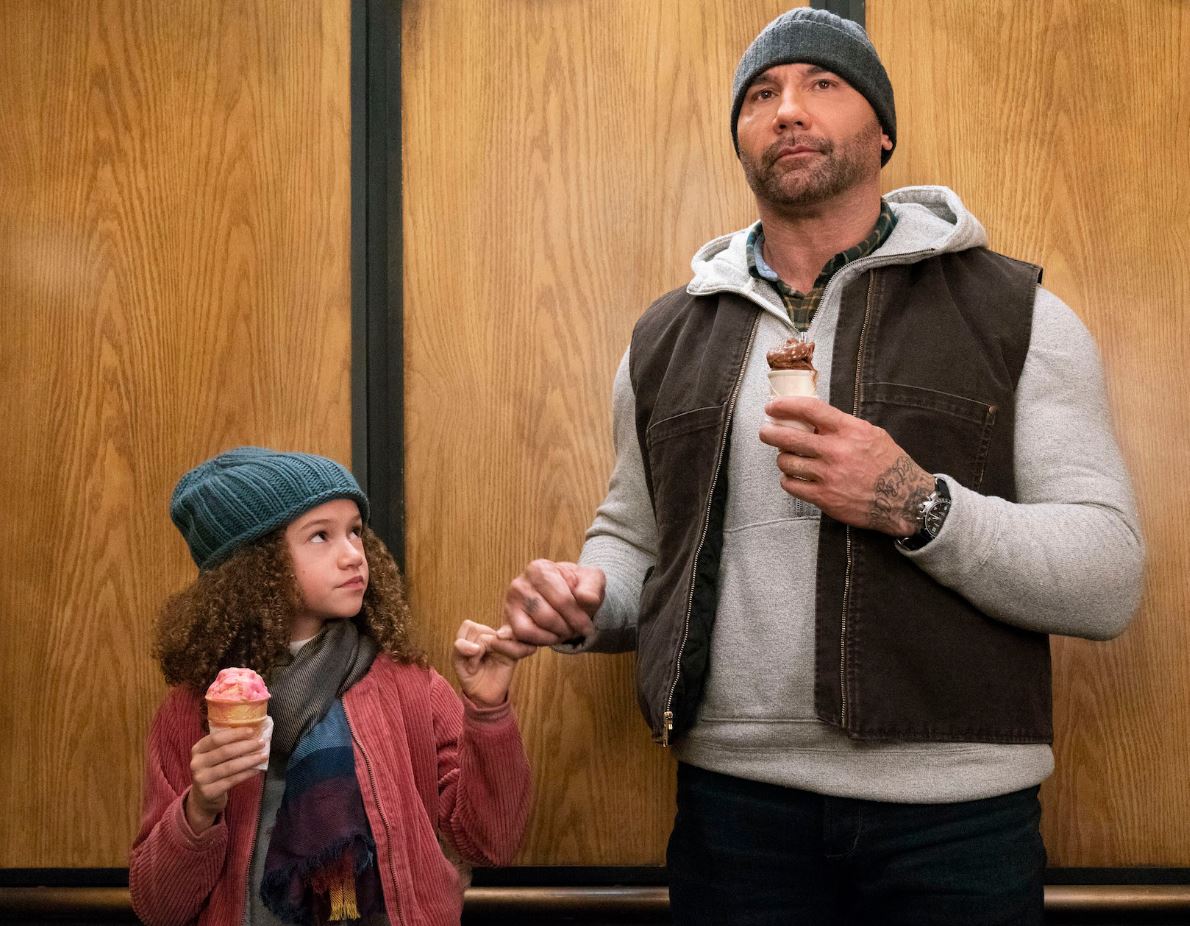 STXfilms’ upcoming comedy ‘My Spy’ features Dave Bautista as a hardened CIA operative known as JJ. The man claims that he is not good with people but pretty good at explosions. When his boss (Ken Jeong) gives him the last opportunity to stay afloat in the profession, JJ has no other option but to go for it. He is assigned to keep a family under surveillance with hidden cameras. But Sophie, the 9-year-old girl in the family, topples his plans by discovering the cameras hidden all over the house. Not only that, she also blackmails him into teaching her the spy craft, reports Variety. Kristen Schaal, Greg Bryk and Parisa Fitz-Henley play other major roles in the movie. ‘My Spy’ is directed by Peter Segal (‘Get Smart’) from a script by Jon and Erich Hoeber (‘Red’). The movie is scheduled to hit theaters on August 23, 2019. 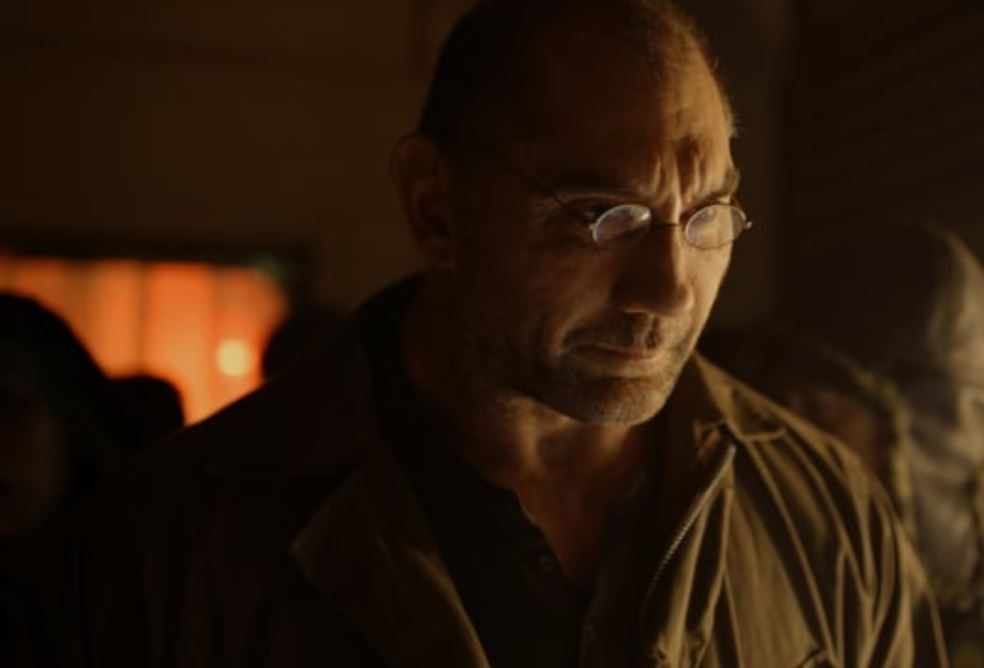 The long-awaited sci-flick from director Denis Villeneuve, ‘Dune’ is a feature adaptation of the 1965 classic novel of the same by Frank Herbert. The film features an ensemble cast of Zendaya, Dave Bautista, Timothee Chalamet, Oscar Isaac, Rebecca Ferguson, Stellan Skarsgard, and Charlotte Rampling. According to reports, the plot centers on a remote desert planet called Arrakis. The planet is ruled by the powerful family of Paul Atreides (Timothee Chalamet). The invaluable reserve of the raw material makes the planet the apple of the eye for other powerful families. Soon, the Arrakis family is dethroned and pushed out of power. But Atreides isn’t ready to let it go and he wages a rebellion against the enemies to reclaim everything his family has lost. Bautista plays the role of Glossu ‘Beast’ Rabban in the movie, whose whereabouts are unknown. Denis Villeneuve directs ‘Dune’ from a script he co-wrote with Eric Roth and Jon Spaihts. The movie is slated for a November 20, 2020 release. 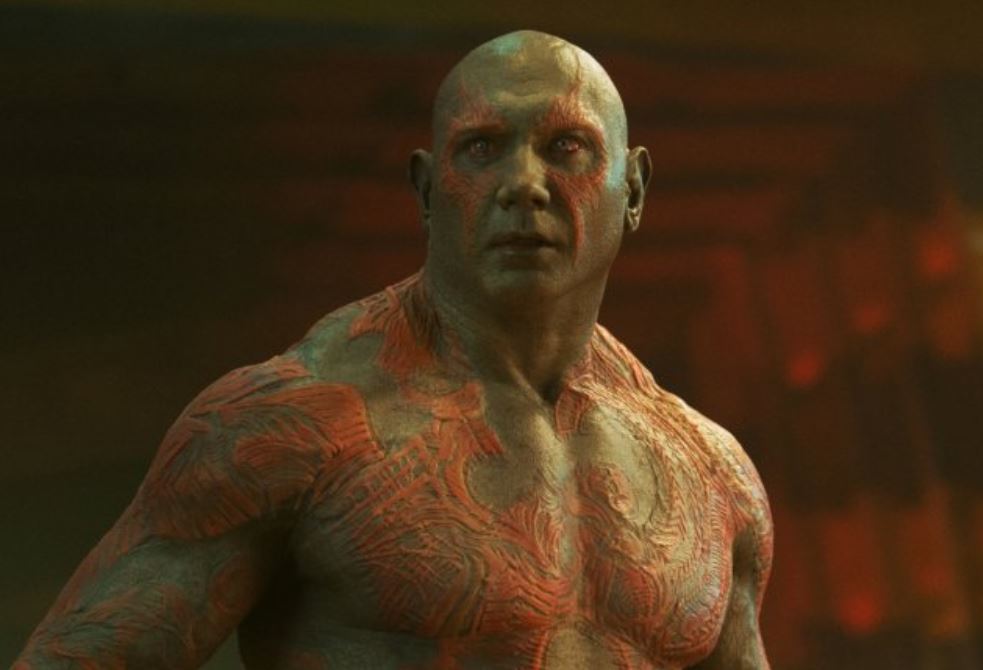 Dave Bautista plays the iconic character of Drax the Destroyer in Marvel’s ‘Guardians of the Galaxy’ films. The actor is expected to reprise his character in the upcoming third installment, ‘Guardians of the Galaxy Vol. 3.’ The movie caught headlines last year when Marvel and Disney expelled the director James Gunn for his controversial comments on pedophilia and rape. But the move triggered a massive outcry, which demands the reinstatement of Gunn. Major stars of the franchise, including Bautista, spoke out in favor of the director and Gunn was re-hired to helm the project. Chris Pratt reportedly returns as Peter Quill a.k.a Star-Lord along with Zoe Saldana as Gamora for the upcoming movie, which marks the ‘Guardians’ sequel of the fourth phase of the Marvel Cinematic Universe. No plot and cast details of the movie have been announced yet. ‘Guardians of the Galaxy Vol. 3’ is expected to hit screens in 2021.

Dave Bautista ventures into home turf with the upcoming action thriller ‘The Killer’s Game.’ The actor plays a top-notch hitman named Joe Flood in the movie alongside Ice Cube. When diagnosed with terminal cancer, Flood’s life takes a turn for the worse. Being a devout Catholic, he doesn’t want to commit suicide. Instead, he sets a bounty to finish him off and makes sure the woman of his life is financially secured. But soon, he learns that the diagnosis was wrong! It’s too late to call off the bounty now as there are several skilled assassins after his life. To make things worse, he has to protect his lover from the ruthless men. D.J. Caruso has been attached as director for the long-gestating project, which is based on the novel by Jay Bonansinga. The film is yet to get a release date. 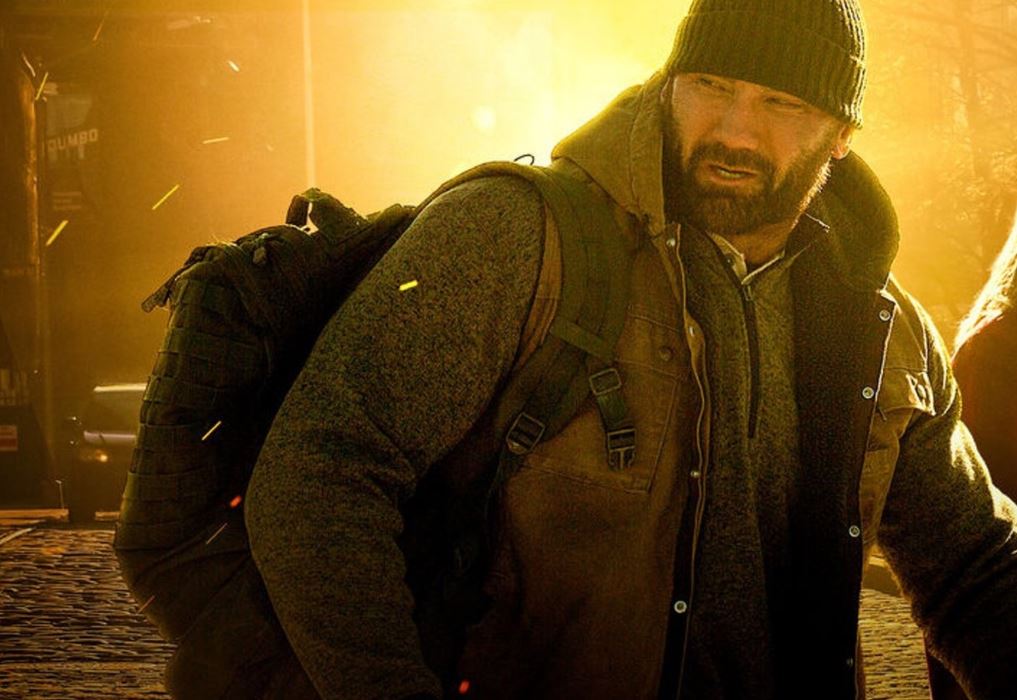 ‘Army of the Dead’ is tagged as an action-adventure flick featuring Dave Bautista in the lead role. Directed by Zack Snyder, the Netflix thriller centers on a zombie outbreak in Las Vegas. A group of men band together to execute the biggest heist in their life using the zombie mayhem as a cover. But they have to cross the safety lines into the quarantine zone to pull off their ambitious and dangerous plan, which turns out to be a gamble with their lives. ‘Army of the Dead’ marks Zack Snyder’s first directorial venture since his departure from ‘Justice League’ in the middle of post-production. Details of the character played by Bautista haven’t been revealed yet. According to the actor, Snyder initially conceived his character to play a small part in the movie. But later, the director felt Bautista deserved something more and placed him in the lead. No release date has been attached to the project so far.