Dave Season 2: Everything We Know 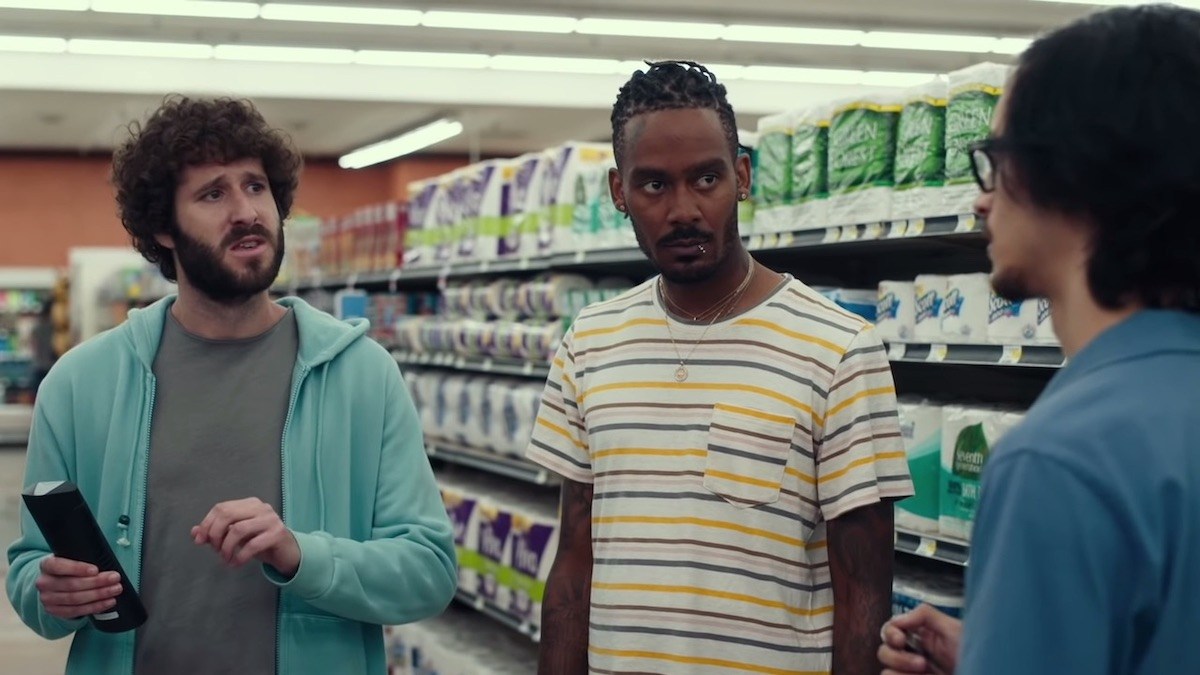 Fans of the rapper Lil Dicky are over the moon since ‘Dave’ first premiered in March 2020 on FXX. The comedy television series is a semi-autobiographical account of Dave Burd. It follows the fictionalized version of himself as he is convinced that he is destined to be the greatest rapper of all time. He only needs to prove it to everyone else.

Created by Dave Burd and Jeff Schaffer, the series received a favorable response from the critics. The show has been praised for its character development, sense of humor, and improved emotional depth through the first season. The series averaged 5.32 million viewers per episode and became the most popular comedy in FX Network’s history. With the show’s growing popularity, it is obvious that the fans are looking forward to more seasons. But the question arises: will there be a second season? Let’s find out!

‘Dave’ season 1 landed on March 4, 2020, on FXX, with the season concluding on April 29, 2020. The first season comprises ten episodes with a running time of 24-32 minutes each. As for the second season, here is what we know. The series was renewed for its second run on May 11, 2020. Although the release is scheduled for 2021, an exact premiere date has not yet been revealed. Since the first season released in Spring 2020, season 2 may follow the same schedule.

However, this cannot be counted on, given that COVID-19 has disrupted production schedules for most films and television shows. It is also not known whether ‘Dave’ has begun filming for the second season. However, several TV shows started filming in Fall 2020. If that is also the case with this series, we can expect ‘Dave’ season 2 to release sometime in mid-2021. Dave Burd, AKA Lil Dicky, expressed his enthusiasm for the second season. He said that the response that the show has gotten so far has been “gratifying,” and now that he has gained some experience with television production, he feels that the “sky is the limit” for this show.

Dave Season 2 Cast: Who can be in it?

The series revolves around the titular character Dave (Dave Burd/Lil Dicky), who is supported by his on-stage hype man GaTa (who appears in the show as himself), Mike (Andrew Santino), his roommate and manager, and Elliot “Elz” (Travis “Taco” Bennett), his friend, who is also a DJ. Emma (Christine Ko) is Dave’s graphic designer and Ally’s roommate. Ally (Taylor Misiak) is Dave’s girlfriend through most of season 1. All the mentioned cast members are likely to reprise their roles in season 2.

The show includes guest appearances by celebrities. In the first season, you may recognize Justin Bieber, Young Thug, Macklemore, Marshmello, Angela Yee, Charlamagne tha God, and Kourtney Kardashian, among several others. Therefore, we can expect surprising guest appearances in the upcoming season as well. Some celebrities who may feature in the second installment of the series are Snoop Dogg, Fetty Wap, T-Pain, and Brandon Urie.

Dave Season 2 Plot: What can it be About?

By the end of season 1, we see that Ally breaks up with Dave as he fails to be there for her. He has finally bagged a deal with a record label and is planning his first track. Following some friction with his teammates regarding his first single, Dave finally takes their advice, which pays off. He raps live at the radio show called ‘The Breakfast Club’ and gets a roaring response. In the process, he also manages to impress Charlamagne tha God.

Since the show is loosely based on the life of Dave Burd himself, we may see elements from his real-life sprinkled across the second season. Therefore, we can expect to see the rise of the rapper as he makes his first album, which comprises collaborations with artists like Snoop Dogg and T-Pain. We may also see the making of the viral track “$ave Dat Money.” The final version of the track “Molly” may also be one of the highlights when the show returns for season 2.