Day of the Dead Episode 2 Release Date and Spoilers 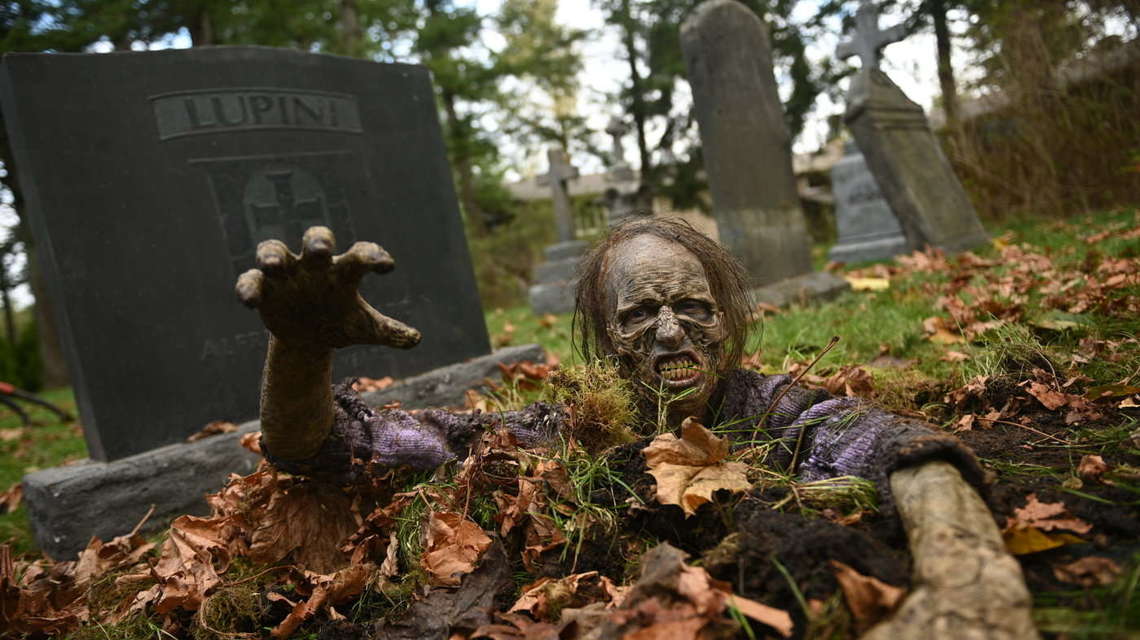 ‘Day of the Dead’ is a horror television series based on George A. Romero’s timeless zombie film of the same name. The premiere episode of the series introduces us to the divided residents of Mawinhaken who are trying to survive a zombie outbreak. However, challenges lie plenty in front of them and some the kind they cannot overcome on their own. Like us, if you are already addicted to the enthralling zombie drama, you must be craving a new episode as the undead craves for human brains. Allow us to feed your hunger by serving you the details of ‘Day of the Dead’ episode 2!

‘Day of the Dead’ episode 2 is slated to release on October 22, 2021, at 10 pm EST on SyFy. The debut season contains ten episodes with a runtime of roughly 40-45 minutes each. Fresh episodes will air on the network every week, on Fridays.

Where to Watch Day of the Dead Episode 2 Online?

‘Day of the Dead’ episode 2 can be watched on your television screens by tuning in to SyFy at the date and time specified above. You can also choose to stream the new episode on Syfy’s official website. The upcoming episode can also be viewed with the help of Live TV streaming services such as Hulu Live TV, Spectrum, YouTubeTV, SlingTV, DirecTV, and FuboTV. You can also buy the episode on VOD platforms such as Google Play and iTunes. The second episode will stream for free on SyFy’s official YouTube channel after its television broadcast.

Day of the Dead Episode 2 Spoilers

‘Day of the Dead’ episode 2 is called ‘Chum,’ and it will reveal the fate of Detective McDermott, who is likely to turn into a zombie if help doesn’t arrive quickly. Dr. Logan, a mysterious scientist, is expected to be McDermott’s savior and could also hold some answers about the swiftly growing number of undead people in the town. Meanwhile, Cam and Lauren will have to band together in order to survive and could end up discovering a way to kill the zombies. Mayor Bowman is likely to be focused on the elections.

Day of the Dead Episode 1 Recap

The premiere episode of ‘Day of the Dead’ is titled ‘The Thing in the Hole.’ In the episode, we get a bit of a background about the town of Mawinhaken, which has joined hands with oil companies. During a drilling operation on the outskirts of the city, new employee Blackwood is sent to check out an obstruction in the drill’s path. She discovers a dead body underground.

Blackwood calls the cops, and her boss, Rhodes, isn’t happy about it as their operation is shut down for the day, and he is under a lot of pressure from his seniors. In another part of the town, Lauren, who works at a funeral store, is tricked by her boss Lazlow into going out with him. However, the dead body which Lauren had been preparing for a funeral reanimates and kills Lazlow.

Detective McDermott arrives at the drilling site to investigate the body. However, he isn’t able to find out much as the town’s Mayor Paula Bowman instructs him to allow the Cleargenix employees to resume operation. With Blackwood’s help, McDermott sneaks underground and checks the body, only to find it in a zombified state. The zombie bites McDermott. Rhodes catches Blackwood, and McDermott is left stranded underground. At the funeral parlor, Lauren realizes that the entire cemetery has come back to life.