DC’s Legends of Tomorrow Season 6 Episode 4: What To Expect? 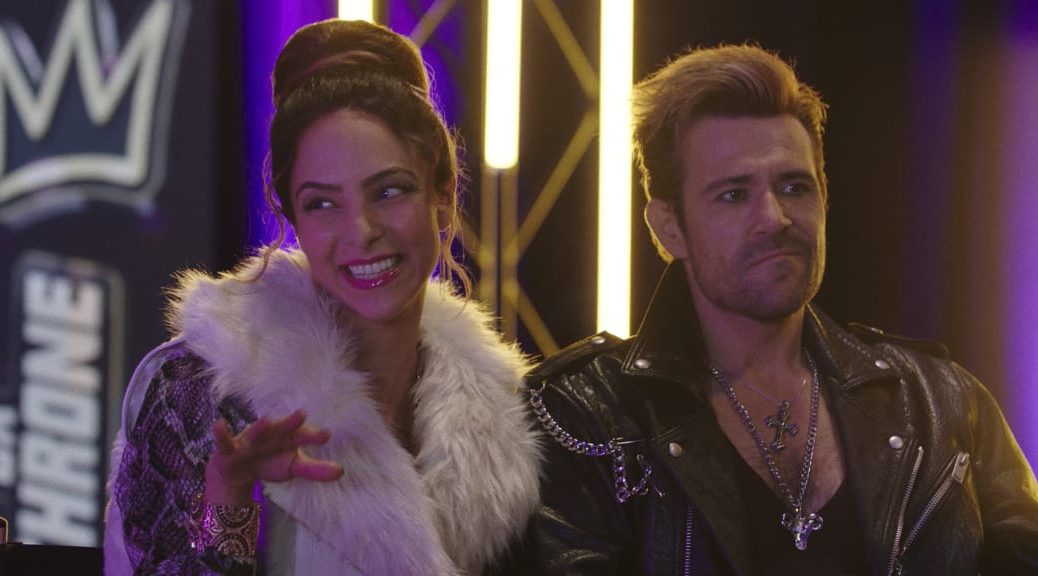 ‘Legends of Tomorrow‘ season 6 episode 3 embraces the show’s zany and meta sense of humor as the Waverider crew time travels to 2045. To stop a new alien threat, Zari enters a reality show while Mick comes to terms with Sara’s absence. If you need a refresher about the events of this week’s episode, you can head to the recap section. Those wondering about what the next mission of your favorite band of superheroes will entail, here’s what you can expect from ‘Legends of Tomorrow’ season 6 episode 4.

Where To Stream Legends of Tomorrow Season 6 Episode 4 Online?

To watch ‘Legends of Tomorrow’ season 6 episode 4 on your television screens, simply tune in to The CW at the aforementioned date and time. You can also watch the upcoming episode on The CW’s official website or the mobile app by logging in through your active cable subscription. The new episodes will be available to stream on live TV streaming services such as Xfinity, DirecTV, Fubo TV, Youtube TV, Hulu Live TV, and Apple TV. You may also choose to purchase the latest episodes (and old ones) on VOD platforms such as Amazon Prime, Google Play, iTunes, Microsoft Store, and Vudu.

‘Legends of Tomorrow’ season 6 episode 4 is titled ‘Bay of Squids’ and will see Mick taking charge and leading the team to find Kayla. However, they will end up landing in the midst of the Cuban Missile Crisis. The presence of the alien threatens to trigger a nuclear war, and the Legends will likely have to split up in order to stop the crisis. Meanwhile, we might get some clues about the nature of the planet Sara is on. The identity of the man in the cave might also be revealed. It seems like Spooner will take over the mecha armor of the alien from the previous episode, allowing her to go toe-to-toe with the aliens. Mick’s attempts to find Sara will culminate in a one-person mission to outer space. You can check out the promo for the upcoming episode below.

The third episode of ‘Legends of Tomorrow’ season 6 is called ‘The Ex-Factor’ and sees the Legends arriving in Hollywood in the year 2045 to stop an alien known as Lord Knoxicrillion. The alien mistakes DJ S’More Money, Zari’s ex-boyfriend, as the ruler of the earth after seeing him judge a music competition known as “Da Throne.” Mick takes the day off while others deal with the situation.

On the sets of Da Throne, the Legends attack Lord Knoxicrillion, and in the ensuing confusion, S’More Money sends the alien to the competition’s final round. The Legends capture the alien, but he escapes vowing to take over as earth’s ruler. The Legends convince him that the only way to do so is by winning the competition. Zari enters the competition as a wildcard contestant and also makes it to the finals.

Zari and Constantine fight after he overhears Zari mention him as a fling, and the couple breaks up. They later patch up after the finals, which Zari wins with Constantine’s help. On the distant planet, Gary consumes the aliens pursuing Sara and him. The duo realizes they are on a planet of Ava clones. Sara reaches a cave where she meets a mysterious man who claims to have been waiting for her.

Back on earth, Mick feels terrible for not finding Sara and letting her get kidnapped in the first place. Ava and Spooner comfort him. Lord Knoxicrillion reveals he is a tiny alien piloting an exo-skeleton. Mick crushes him and suggests searching for the alien who abducted Sara.