Legends of Tomorrow Season 6 Episode 6: What To Expect? 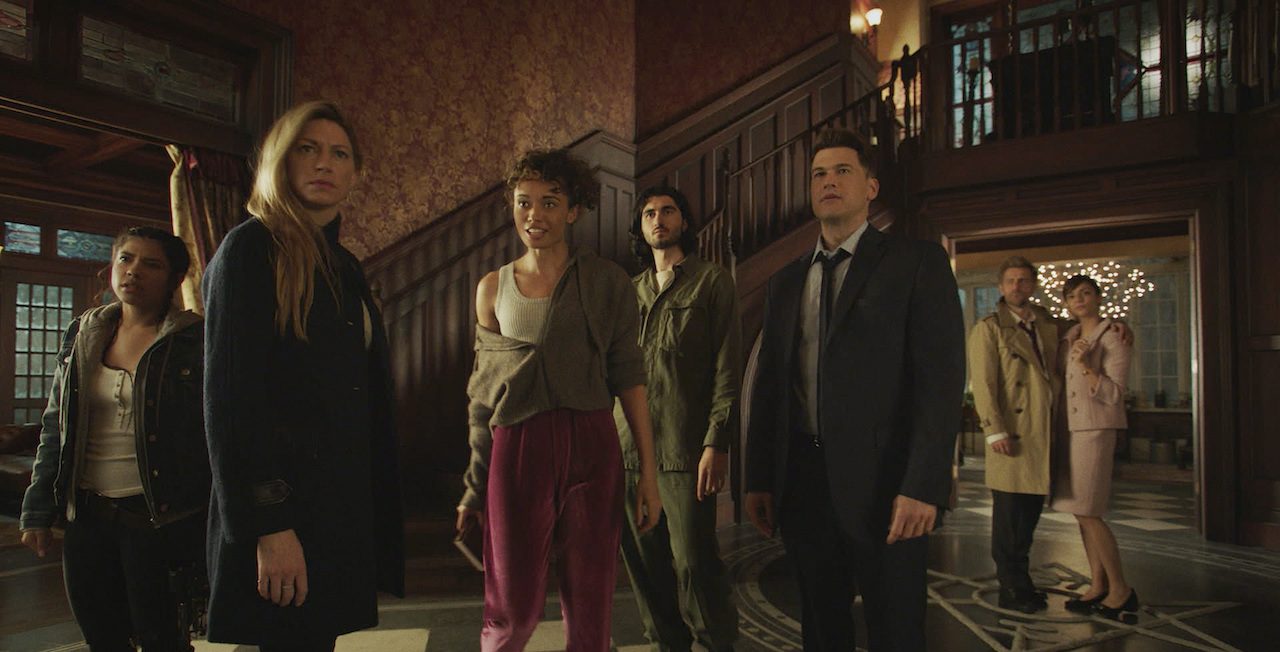 ‘Legends of Tomorrow‘ season 6 episode 5 is an enchanting Disney-esque adventure devoid of the show’s signature time travel. The episode follows Astra as she inadvertently puts herself and the rest of the Legends in an odd situation by trusting the demon, Aleister Crowley. If you are looking to catch up on the events of this week’s episode, you can head to the recap section. For those impatiently waiting for the next episode, here’s what’s in store for ‘Legends of Tomorrow’ season 6 episode 6.

Where To Stream Legends of Tomorrow Season 6 Episode 6 Online?

For watching ‘Legends of Tomorrow’ season 6 episode 6 on your television screens, you can tune in to The CW at the above-mentioned timeslot on the said date. You can also watch the new episode on The CW’s official website or the mobile app by logging in through your active cable subscription. The new episode can be streamed on live TV streaming services such as Xfinity, DirecTV, Fubo TV, Youtube TV, Hulu Live TV, and Apple TV. You may also choose to purchase the latest episode on VOD platforms such as Amazon Prime, Google Play, iTunes, Microsoft Store, and Vudu.

‘Legends of Tomorrow’ season 6 episode 6 is called ‘Bishop’s Gambit.’ The episode will likely provide us more answers about the mysterious Bishop and his intentions. Sara will have to try a more unorthodox approach to escape after failing in the previous episode. She might learn some disturbing truths about Ava clones and Bishop’s plan in the process. Mick and Kayla’s reluctant partnership will be tested as they continue their mission to search for Sara. Meanwhile, the Legends will have to face an alien attack without the luxury of the Waverider or Constantine’s magic. Here’s a promo for episode 6!

In the fifth episode of ‘Legends of Tomorrow’ season 6, titled ‘The Satanist’s Apprentice,’ Astra struggles to adjust to normal life at Constantine’s manor. She discovers a portrait with the demon Aleister Crowley’s soul trapped inside it. Crowley offers to teach Astra magic in exchange for her help in escaping from the painting. He teaches Astra a spell to trap anyone inside objects while looking for information about a type of powerful space magic.

During an argument with Constantine, Astra accidentally performs a transference spell releasing Crowley and trapping Constantine’s soul in the painting. As a result, Crowley takes over Constantine’s body. Meanwhile, Sara meets Bishop, a man who claims to be the creator of the Ava clones. He reveals that he wants to create a powerful human-alien hybrid and needs Sara’s help to do so. He also tries to get in her head by explaining that Ava clones have a synthetic personality meaning her relationship with Ava is a hoax.

Back at Constantine’s manor, the Legends arrive and are quickly turned into household objects by Astra after they begin to ask too many questions. Crowley instructs Astra to take a man’s soul to perform more magical spells. When she’s talked out of it by the Legends, Crowley kills the man himself and transforms everyone into cartoons. The crew finds themselves in a ‘Beauty and the Beast’ like scenario.

With Constantine’s help, Astra performs a magical spell written by her mother in the form of a song and restores everything. Crowley’s soul returns to the painting, but Constantine and Astra lose their magical powers. In space, Sara tries to escape and fights Bishop. She kills him and is knocked out by an Ava clone. Sara reawakens at Bishop’s lair and finds him still alive.