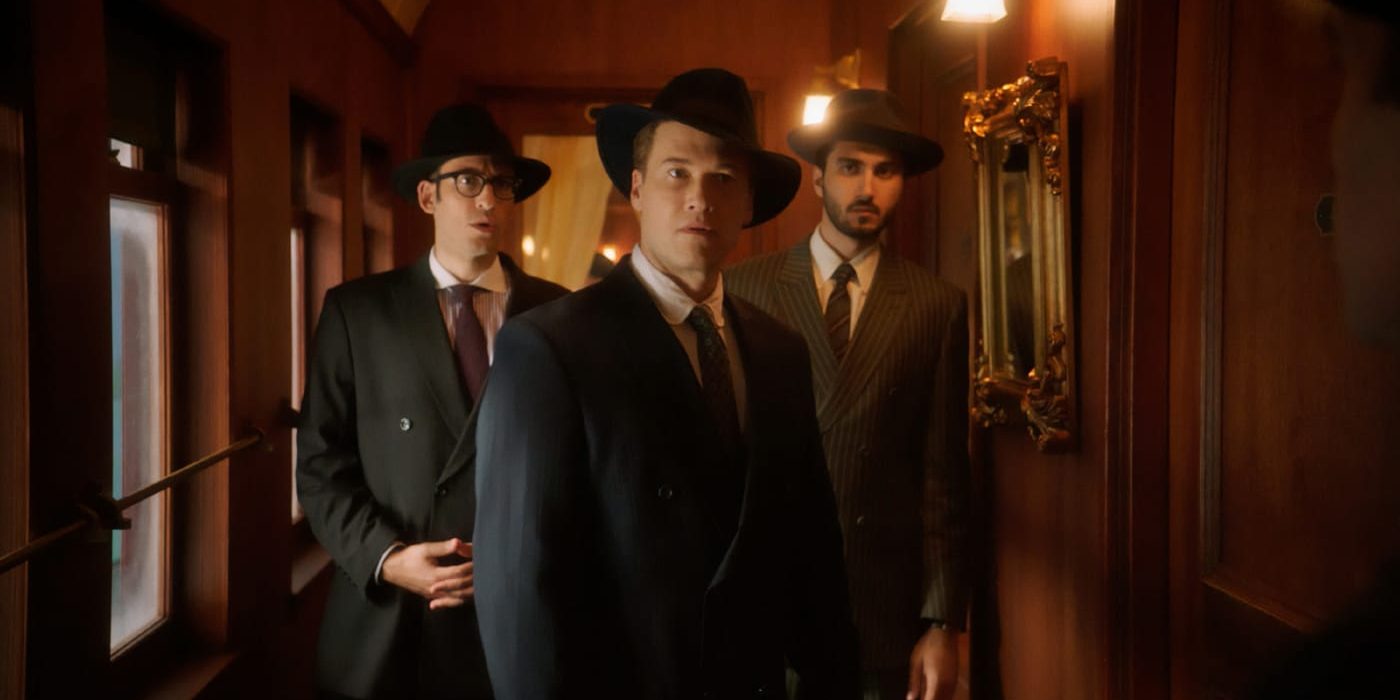 After an explosive premiere episode, ‘DC’s Legends of Tomorrow’ season 7 continues the time-traveling crew’s newest adventure in a frantic episode that sees the Legends dealing with a host of problems. With the death of Hoover, the appearance of Gideon’s human form, and the search for Gwyn Davies, the superheroes struggle to cover all bases only to be hit by another bombshell of a revelation.

You can catch up on the latest episode’s events in the recap section. Now, let’s take a look at what lies in store for next week’s milestone 100th episode of the show. Here’s everything you need to know about ‘DC’s Legends of Tomorrow’ season 7 episode 3!

‘DC’s Legends of Tomorrow’ season 7 episode 3 will air on October 27, 2021, at 8 pm ET on The CW. The seventh season contains 13 episodes with a runtime of 42–45 minutes each. New episodes will be broadcast on the network every week on Wednesdays.

Where to Watch DC’s Legends of Tomorrow Season 7 Episode 3 Online?

Cable users can watch ‘DC’s Legends of Tomorrow’ season 7 episode 3 on their television screens at the abovementioned date or time. In case you miss the television broadcast, you can stream the episode on The CW’s official website or The CW app. Cord-cutters can live stream the third episode on services like Fubo TV, DirecTV, Xfinity, YouTube TV, and Hulu+Live TV. You also have the option to purchase the episode on various VOD platforms such as Google Play, Vudu, iTunes, Amazon Prime, and Spectrum,

The third episode of ‘DC’s Legends of Tomorrow’ season 7 is also the 100th overall episode of the show and is poised to be a very special and nostalgia-filled affair for the fans. The episode is titled ‘wvrdr_error_100 not found’ and will focus on Gideon’s memories which are being wiped out by a mysterious virus. Astra and Spooner will team up and enter Gideon’s mindscape to defeat the virus. In the process, they will learn about the Waverider crew’s rich history.

Meanwhile, the rest of the Legends will likely face off against the entity that destroyed their ship. The episode will feature some fan-favorite character’s from the show’s past, such as Leonard Snart/Captain Cold, Martin Stein, Jefferson Jackson, Hawkman, Nora Darhk, Ray Palmer/Atom, and last but not least, the man who assembled the Legends in the first place — Rip Hunter. Catch a promo for the third episode below!

Episode 2 of ‘DC’s Legends of Tomorrow’ season 7 is titled ‘The Need for Speed.’ In the episode, The Bullet Blondes try to cover the death of J. Edgar Hoover. Gary prepares a potion that helps Nate take the place of the FBI Director. Sara and Ava return to Constantine’s mansion in the pocket dimension where Zari, Astra, Spooner, and Gloria are staying. Zari deals with her breakup with the help of Ava. Simultaneously the women try to uncover who targeted the Waverider and destroyed it.

Meanwhile, the remaining members of The Bullet Blondes take a train to New York. However, a group of FBI Agents arrives and stops the train to investigate a potential kidnapping. Nate thinks on his feet and figures out that the agents are actually imposters sent by gangster Al Capone to capture Hoover. Nate is caught, but after Gary’s potion wears off, the agents learn the truth of Hoover’s death. The Bullet Blondes pay the agents for Nate’s freedom. However, a Hoover look-alike ambushes them and opens fire.

Sara returns, and her intervention is enough to defeat Hoover, who is actually a robot. Gideon struggles to get accustomed to her human form and begins to experience speech disruptions. Eventually, Spooner is able to restore Gideon’s speech to normal, only to learn from the former AI that the Legends will perish if they do not meet Gwyn Davies on time.