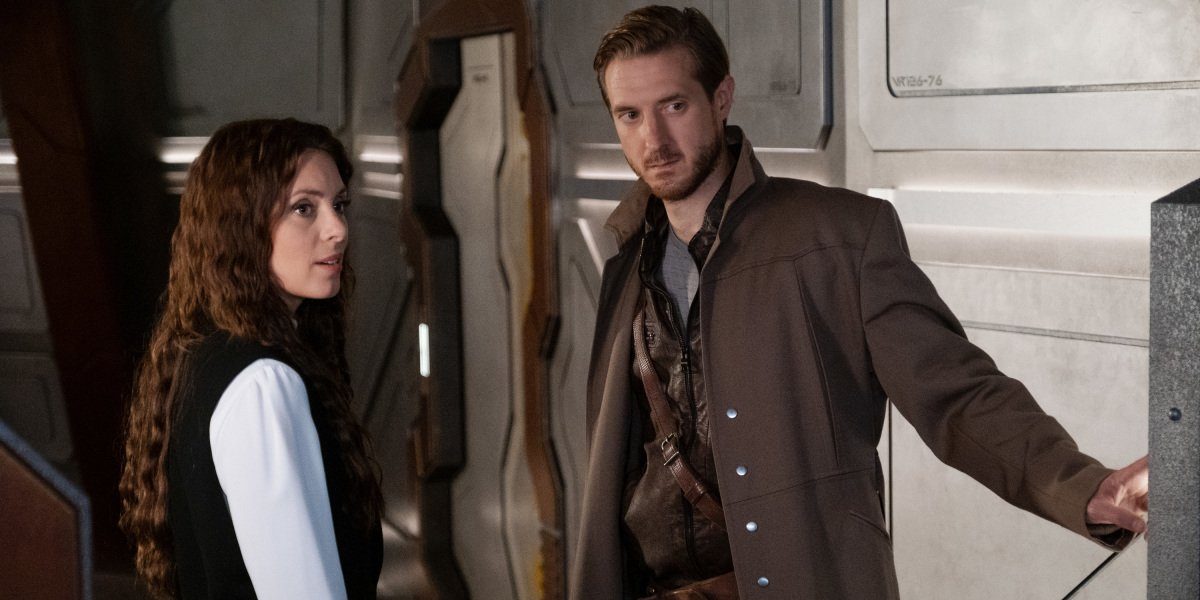 ‘DC’s Legends of Tomorrow‘ celebrates the coveted 100 episodes mark with a nostalgic-filled yet emotionally powerful entry in the form of the third episode of season 7. It revolves around Gideon as she struggles to accept her newfound humanity. In the process, she ends up learning what it means to be a human and realizes the honor of being a Legend. You can read more about the episode’s events in the recap section.

Given the episode’s ending, the Legends are sure to find themselves in a host of trouble with the resurgence of a familiar foe. Therefore, the next episode is posied be a riveting one, and we are sure fans cannot wait to watch it. Allow us to ease your curiosity by sharing what’s in store for ‘DC’s Legends of Tomorrow’ season 7 episode 4!

‘DC’s Legends of Tomorrow’ season 7 episode 4 will premiere on November 3, 2021, at 8 pm ET on The CW. The seventh season comprises 13 episodes that are 42–45 minutes in length each. Fresh episodes air on the network weekly every Wednesday.

Where to Watch DC’s Legends of Tomorrow Season 7 Episode 4 Online?

To watch ‘DC’s Legends of Tomorrow’ season 7 episode 4, cable subscribers can tune in to The CW at the date and time specified above. Alternatively, you can stream the episode on The CW’s official website or The CW app. Folks without a cable subscription can live stream the new episode on services like Fubo TV, DirecTV, Xfinity, YouTube TV, and Hulu+Live TV. You can also choose to buy the fourth episode on various VOD platforms such as Google Play, Vudu, iTunes, Amazon Prime, and Spectrum.

Episode 4 of ‘DC’s Legends of Tomorrow’ season 7 is called ‘Speakeasy Does It.’ The episode will follow the Legends as they reach a speakeasy in Chicago. However, as usual, things are bound to get out of hand, leading to the club’s destruction. The Legends might have to spend some time helping rebuild the club. On the other hand, Spooner, Astra, and Gideon are also likely to arrive in Chicago, but it remains to be seen if they reunite with the rest of the crew. Meanwhile, Bishop’s machinations could have a drastic effect on Gideon. Here’s a promo for episode 4!

The third episode of ‘DC’s Legends of Tomorrow’ season 7 is titled ‘wvrdr_error_100 not found.’ In the episode, Gideon’s human form begins to malfunction, and she passes out. Astra and Spooner decide to help Gideon by traveling into her subconscious mind and figuring out the root of the problem. Inside Gideon’s mind, the duo meets a memory of Jefferson “Jax” Jackson, who is protecting her subconscious mind. Jax reveals that Gideon is slowly losing all of her memories.

Astra and Spooner try to help Gideon relive the experiences she shared with the Legends. We get clips featuring fan-favorite characters Rip Hunter, Nora Darhk, Ray Palmer, Carter Hall, Leonard Snart, Martin Stein, and Zari Tomaz. Eventually, the duo realizes that the virus threatening Gideon is a version of herself that wants to remove all the Legends’ influence on her, thus enabling Gideon to achieve her full potential and become the optimal AI.

As the virus begins to corrupt Gideon’s memories, Astra, Spooner, and Jax try to uncorrupt them and urge her to accept her human side. With the present and past Legends by her side, Gideon defeats the virus and wakes up. The episode ends by showing a version of the Legends’ nemesis Bishop resetting Gideon’s memories and programming her to take out the Legends.